Let me say this simply. Complexity is the biggest villain in business. It is

a kill or be killed proposition. 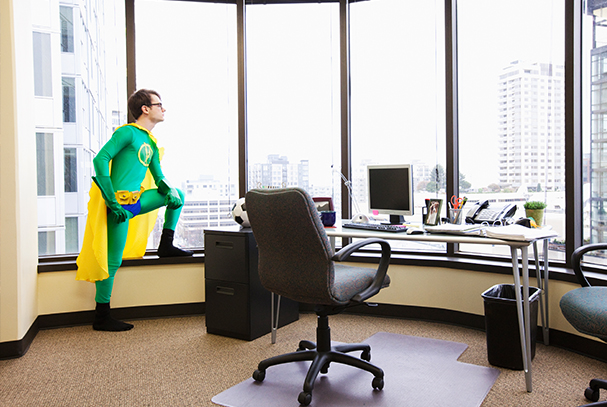 Complexity is more Loki than Bane. It’s sneaky, shifty, and has different forms. It hides in the cracks of your business, growing more disruptive and indelible with every minute people fail to notice.

Complexity kills 10% of profits every year; an estimated $237B annually in just the top 200 companies. That alone should warrant a life sentence.

But it’s more than just money. Complexity kills productivity, free-time, and our sanity.

Perhaps most dangerously, complexity kills innovation. We know what happens to companies that fail to innovate – Polaroid, Blockbuster, Borders. Even though Kodak developed a digital camera in 1975, they feared it would hurt their photographic film business and eventually filed for bankruptcy. Now it’s back with a new strategy that dramatically simplifies its business.

When things go wrong in Valhalla, it’s Thor to the rescue. When Gotham is under siege, Batman saves the day. So who, or what, will save your business from complexity?

First, you need to know your enemy. Complexity is hiding in these three parts of your business.

Reporting lags reality. Because data must be compiled or extracted from systems before it can be acted on, decision makers often feel like they don’t know what is happening at a particular moment in time. And when was the last time you and your team had a consensus view of real time data? Due to this lagging – often fragmented – view, decision makers usually have offline snapshots at different points in time.

Over the last two decades, companies have invested heavily in business process engineering and, as a result, have enjoyed significant improvements in efficiency. Because the “core” systems and processes were considered mature, companies added layers of new applications and processes on top of them, and have not significantly invested in improving the core. In reality, the resulting complex landscape is no longer needed: the merging of transactional and analytical systems coupled with on-the-fly calculations can dramatically simplify business processes.

A staggering two-thirds of most businesses’ IT budget is just to “keep the lights on.” That leaves a paltry one-third of your IT spend for innovation. Seventy-three percent of executives said the complexity of data is the largest IT challenge, according to a Forrester report in 2013. When you kill IT complexity, you can drive innovation in your company. You can improve your customersâ€™ online experience, boost your employees’ morale, and optimize your resources.

Simplicity is better than complexity. This is an established paradigm in psychology, computer science, and design. Simplicity pays in business, too. But only business leaders who identify and understand complexity will be prepared to defeat it. Simple is the answer.

Now that you are armed with facts about the biggest villain in business, I’m interested to hear from you in the comments – what is complex in your business?

This article originally appeared on Manage by Walking Around on November 5, 2014.