Review: The Future of Mining and Metals Blog Contest 2014

In the context of the SAP Mining and Metals Forum, which took place in Darmstadt, Germany, 8-9 October, 2014, the IBU for Mill Products and Mining in collaboration with SAP University Alliances launched a student blog contest.

This was in alignment with SAP’s commitment not only to the Mining and Metals industries but also to inspiring students around the world to engage in meaningful careers and research opportunities. The prize was a career-enhancing trip to the SAP Mining and Metals Forum and the unique opportunity to meet with key industry leaders from all over the world, and learn from their first-hand experiences about career opportunities, business challenges, and opportunities in these essential markets that form the beginning of the supply chain for so many other industries, from automobile manufacturing to medicine to energy and high-tech products such as mobile devices. Each winning student had their travel expenses paid by SAP.

The task was to enter a blog on one of two given themes. The 10 best blogs of the first online showdown were determined by an online community via SAP Community Network (SCN) for Mill Products and Mining. The 10 blogs that accumulated the most “SCN likes” made it to the next round. In a second showdown an SAP Industry expert jury consisting of members of the IBU chose the two winner blogs out of the ten winners of the first showdown.

The feedback was overwhelming. The announcement on SCN was viewed over 17000 times. Only via Facebook over 80000 people had been reached.

A lot of informative, creative, interesting and inspiring blogs were submitted. In the end over 30 students fought for the attention of the online community, but only 10 could make it to the second round. It was not easy for the expert jury to decide who should win, but in the end they chose Nikhil N Jannu from India with his blog on “A Real Time Analysis of Mining in India using SAP Lumira” and Kayode Ayankoya from South Africa who wrote “How can digitalization and the Internet of Things change the working environment and efficiency in the metals and mining industry?” 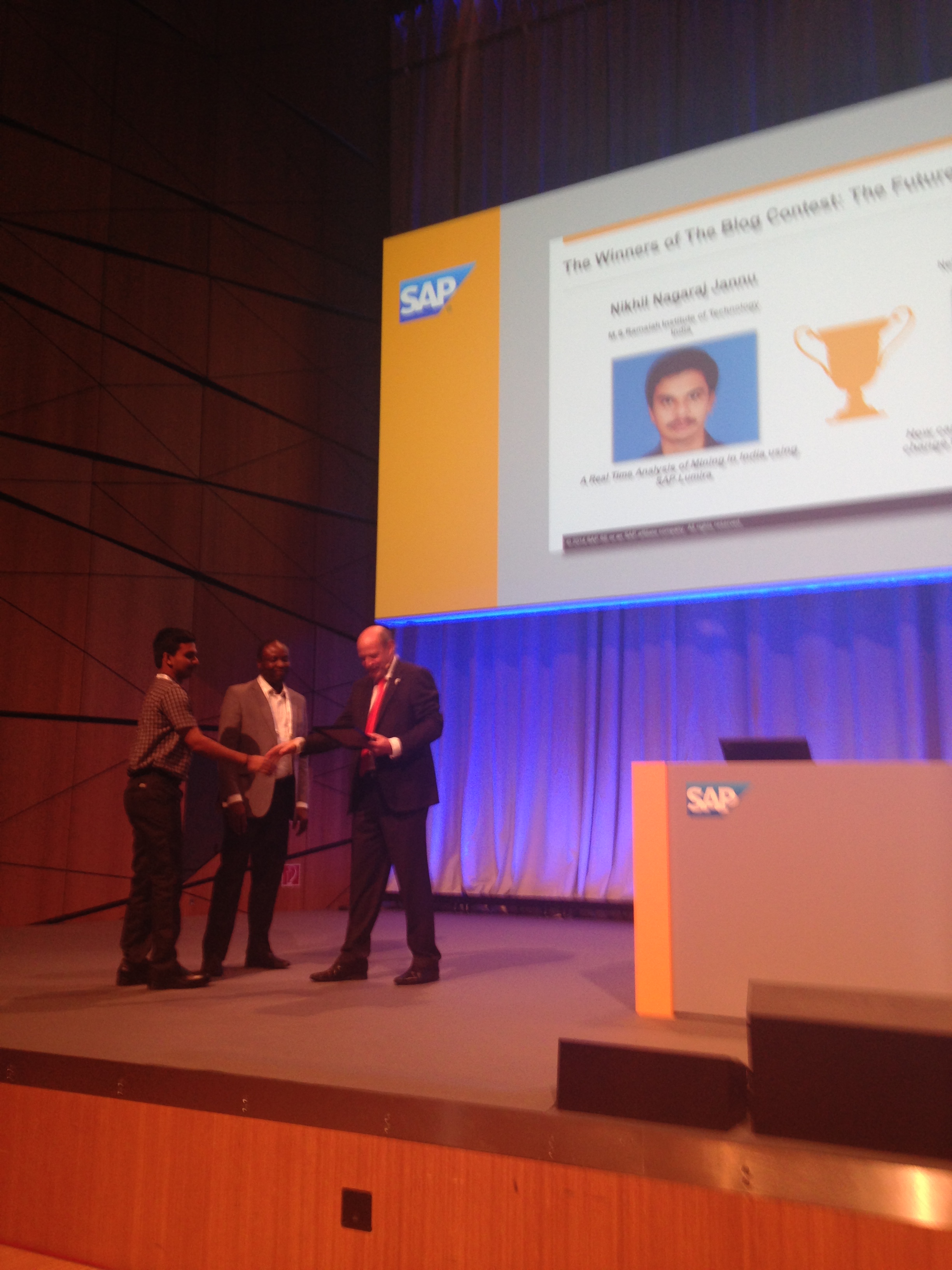 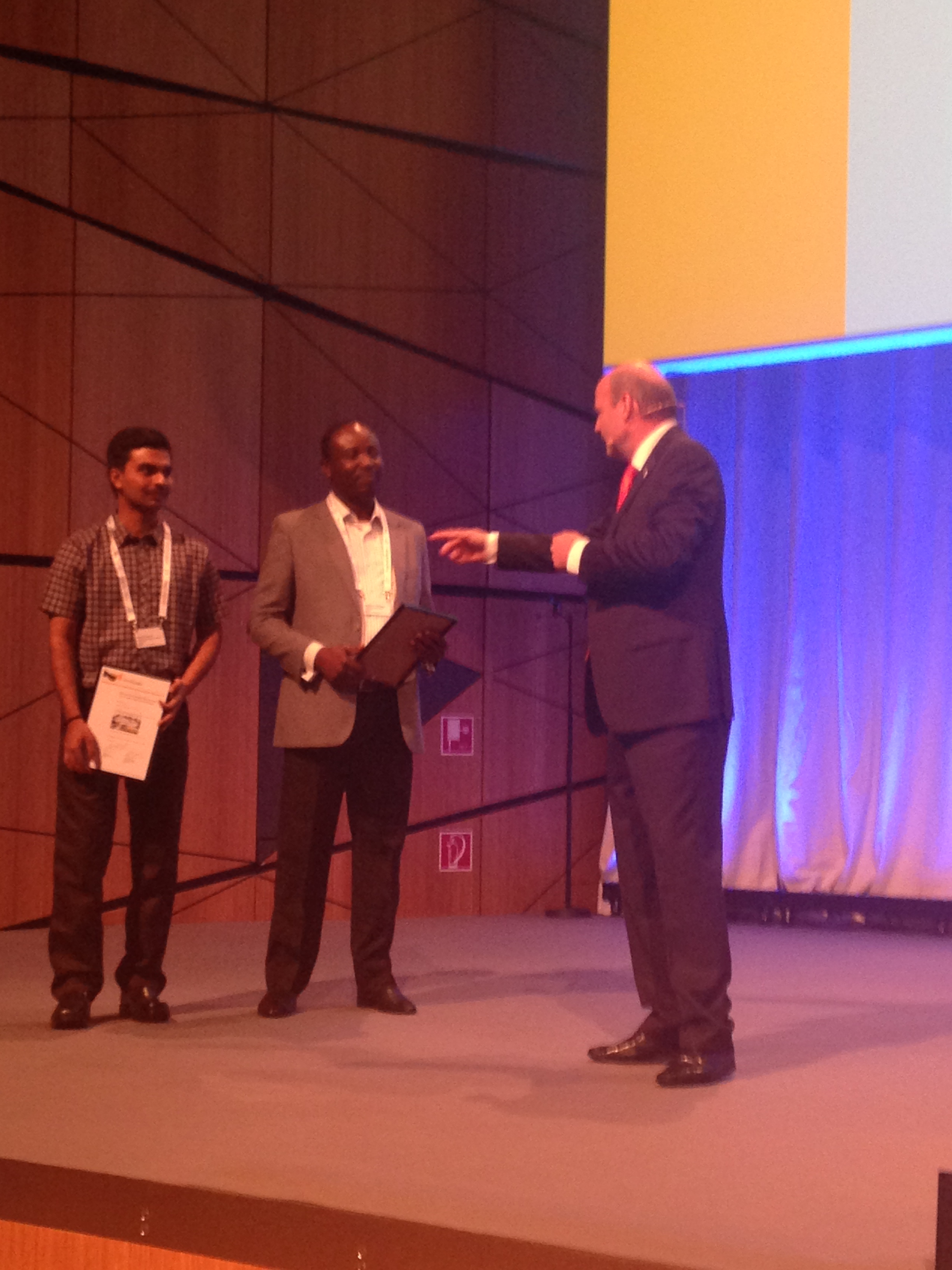 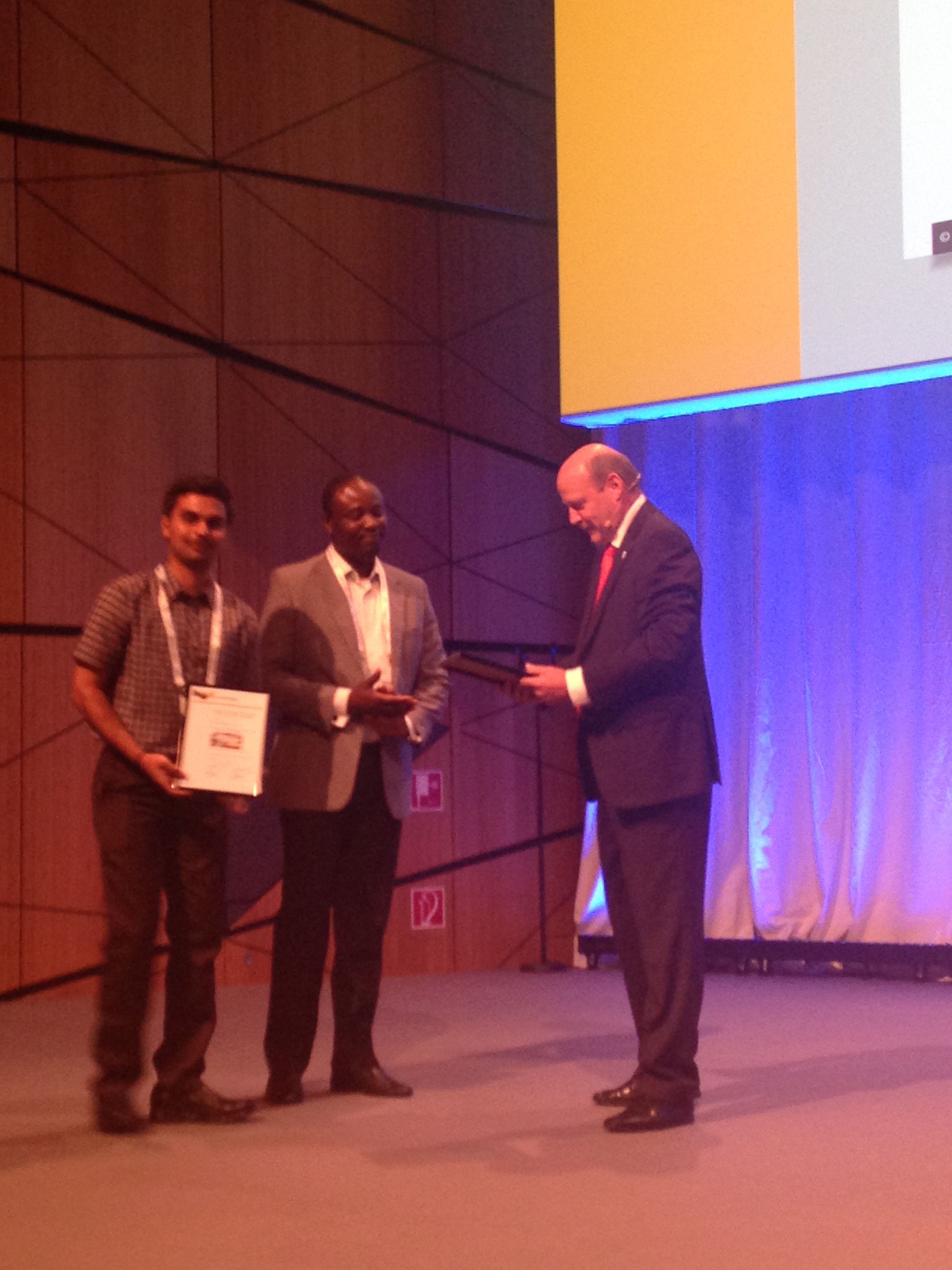 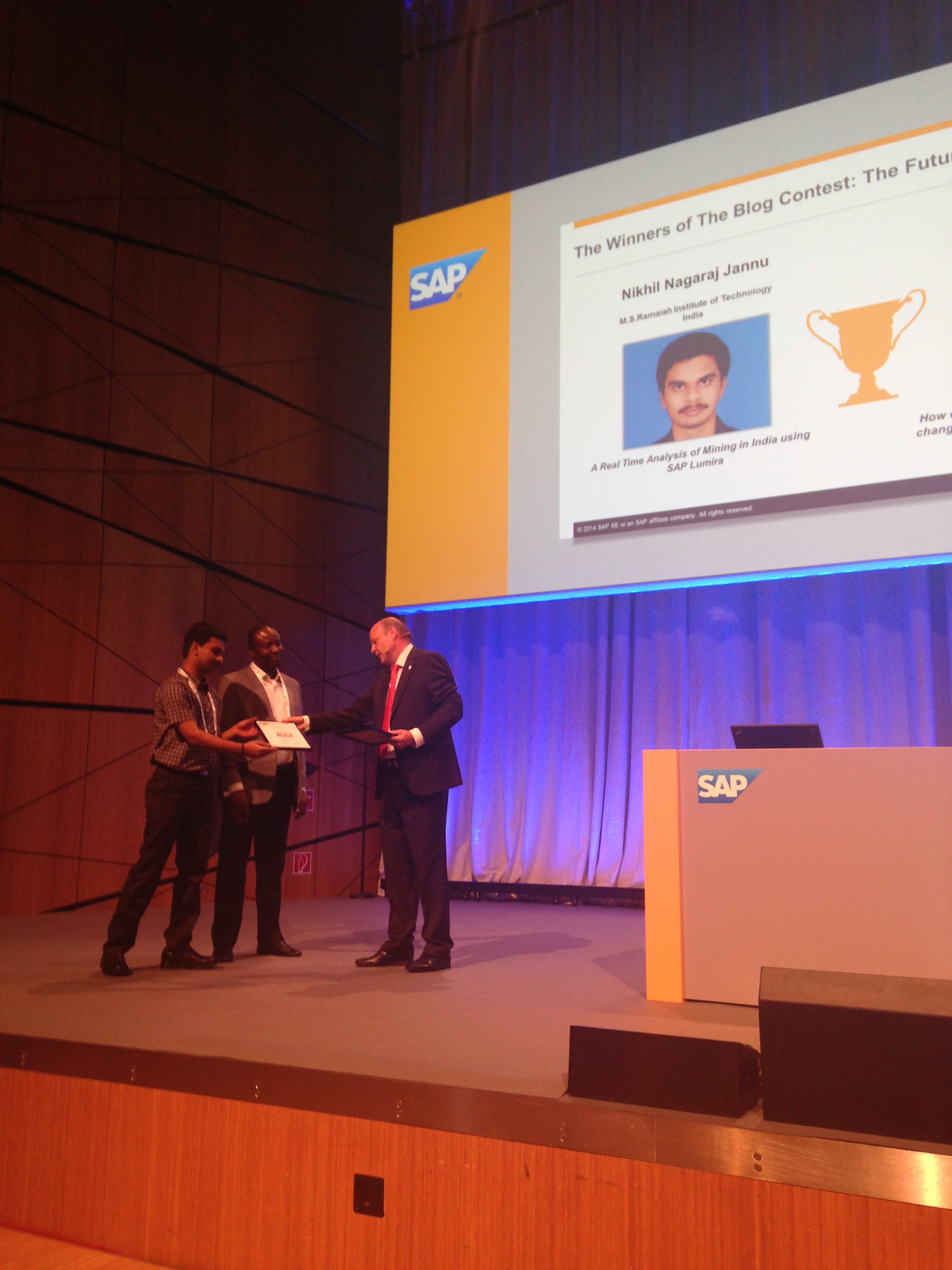 It was great to see how much potential lies in the future of IT and in the Mining and Metals industry. A lot of the students, that took part in the contest, will stay connected to the SAP community and further share their ideas and thoughts. We consider the blog contest a great investment in the next generation of SAP experts by giving young people the chance to express their ideas and engage with SAP.

This opportunity was indeed an eye opener. I had the rare privilege of meeting industry experts face to face and discussing with them. Beside, all the sessions was highly informative and I picked up nuggets that I am now using in my research and that will be helpful even in the future.

I will like to say a big THANK YOU to SAP for giving me the opportunity.