Transport Process is one of the most important phase during the implementation of SAP Business Objects Planning and Consolidation (BPC) in Net weaver Landscape. This paper presents a detailed steps of transport movement from Development to QA (Quality) and to Production systems. Best practice can be determined and implemented based on the requirement dependent on the customer system.

Manual Transport of BPC Objects which are not feasible via Transport Connection:

• Audits: We are unable to transport audit reports from one system to other system as audit reports are specific to individual systems.

• Delta Initialization:  The data load process through Data Manager Package or Package links, where the Delta initialization is set up in the source system, they will have to be manually configured in the target system.

One more example related to DM packages. We should transport DM package folder before sending DM packages as it will check for destination folder to copy the DM package. If it didn’t find then transport fails with error messages.

Below are the three major dependency checks:

• During the Import process a dependency check is also executed. If it fails, a roll back will happen on the single entity (corresponding to transport granularity) that encounters error during transport and it will not affect other entities.

1. Before releasing the transport, always check the object consistency and request consistency for each of the sub-tasks present under the main transport. 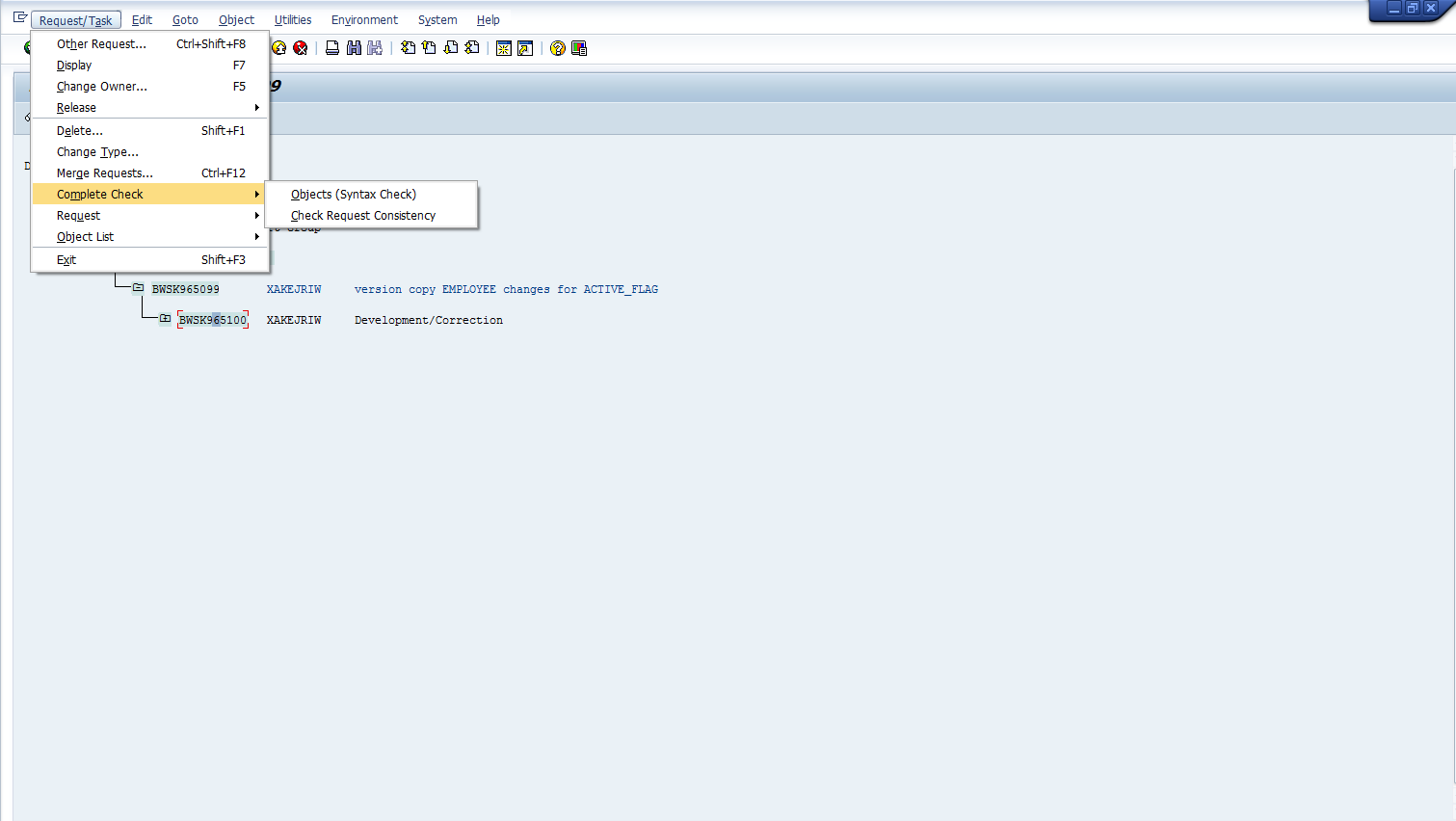 2. It’s a good practice to run SCI/EPC checks on the objects before capturing them and locking all objects in the transport before releasing it.

4. Do not capture any standard objects (like interface/class etc.) in the transport. 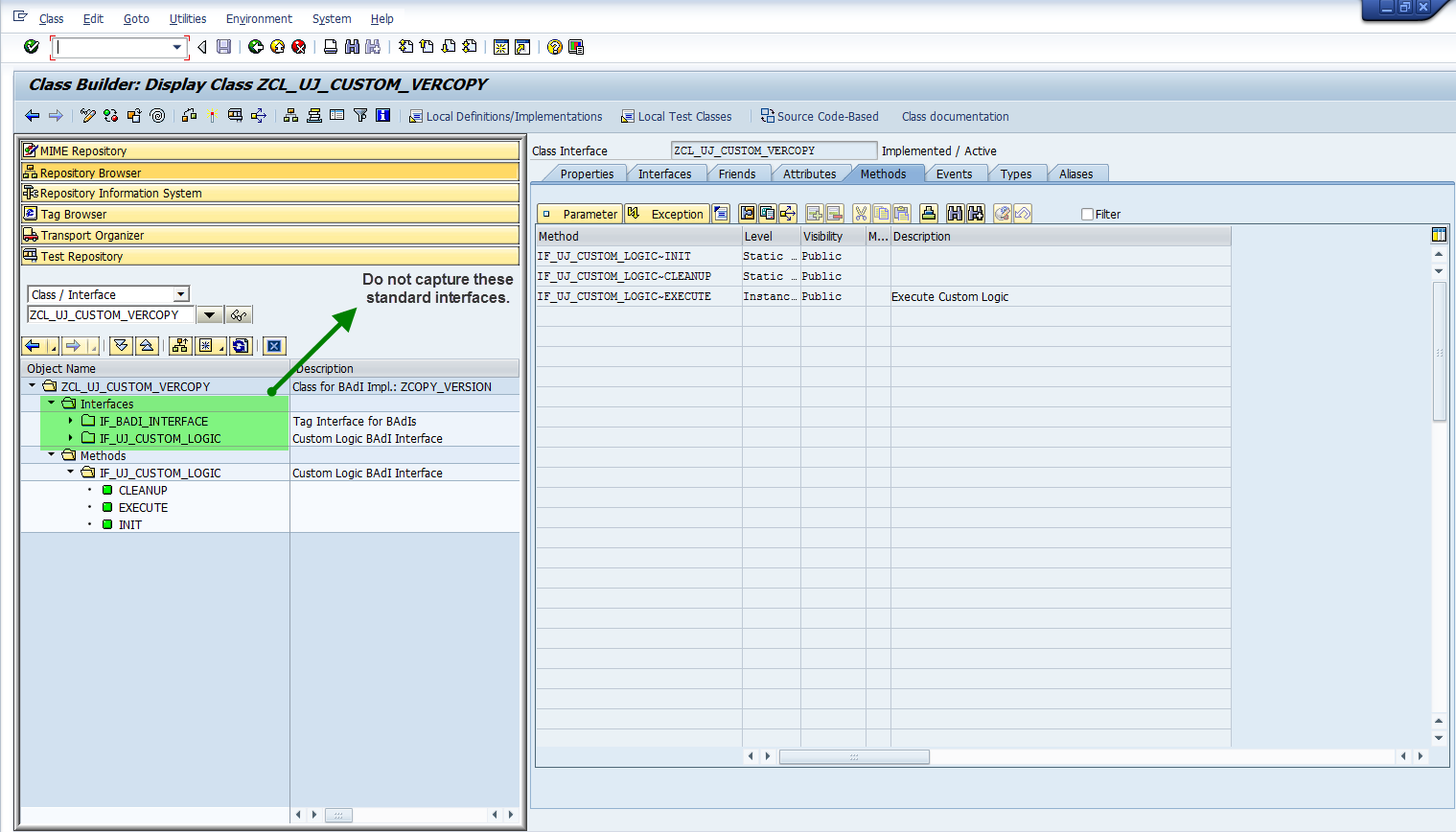 5. If the structure of a class changes, then the entire class needs to be transported (we cannot send only our limited changes). For example, consider a class with 4 methods that exist in both source and target systems. Now someone creates a new method in this class (total methods in source is 5 now) in the source system and you make a change to previously existing method (1-4). However, the developer does not want to send the 5th method but we would like to send the changes. We capture only our method in the transport and do not capture the newly developed method. This transport will fail.

6. It’s OK to send only the changed methods of a class (and not the entire class) in the transport if we’re confident that the class structure has not changed (no new methods added, no new global types declared, etc.)

7. Always capture all the dependent objects used in the objects to be transported (if they’re not already available in the target system).

• Debugging Transport Issues: The Log reports the successful completion of a transport request, as well as warnings and errors encountered during the transport. To find only the transport logs specific to BPC use transaction SLG1 and in the Object field enter UJ and in the Sub object field enter UJT. Click the execute button. Messages, like the “Environment status not offline; cannot export/import transport request”, appear which guides you to the exact source of the issue. 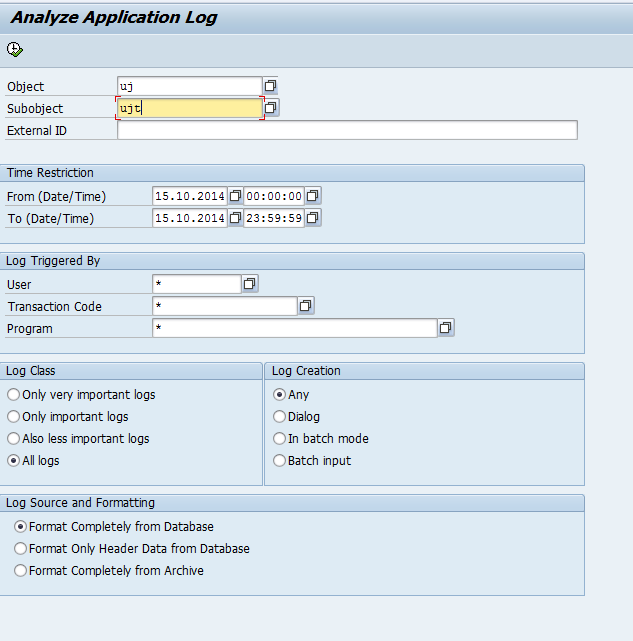 • You can check the information related to transport failure in this screen.