No doubt that COIL had a great time at TechED && d-code Las Vegas last week. Let me share with you some of our glory times and a couple of scary moments.

Starting from Monday, the by-invitation-only pre-event cohosted by COIL and our members SAP NS2, Critigen, Luciad, and SGI on  “Exploring Creative SAP HANA Solutions with Geospatial and Graphing” attracted more than 30 customers and partners and generated great interest on the NS2 Realtime Situational Awareness RDS solution incubated at COIL.

Then came Bjorn’s keynote Tuesday morning.  Our sponsor Intel and member SGI appeared on stage with Bjorn, and the Apigee demo Bjorn and Ian ran on stage for about 20 minutes was live from a landscape hosted at our Palo Alto computing center.

For the rest of the event, we talked to hundreds of customers, partners, and SAP colleagues at the COIL pod in the show floor. It’s really tiring to stand in the pod three day long, but it’s definitely worth it. Many of the conversations there are leads to more co-innovation projects later on. As matter of fact, immediately following TechED, we have already started this week working with a strategic partner and a US customer on projects at COIL helping Q4 2014 deal closings. 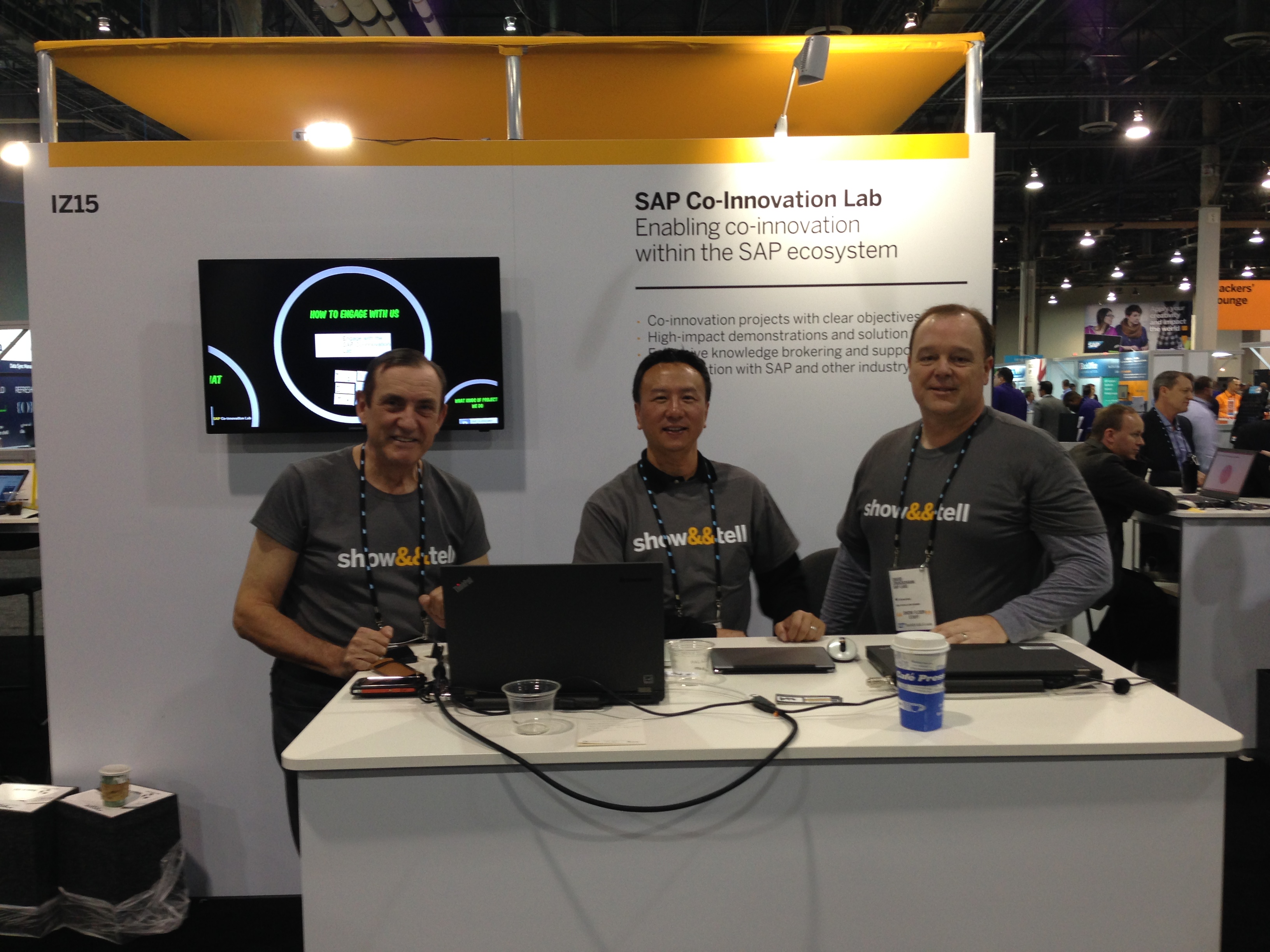 More than a dozen of our members exhibited in Las Vegas, and it was great to see COIL logos everywhere in the show floor. Just to mention a few – Intel, Cisco, VMware, Netapp, Virtustream, CA technologies, Redhat, Citrix, SGI, …. As you can see in the picture with our old friend Roland Wartenberg, our members take a big pride in their COIL membership:). 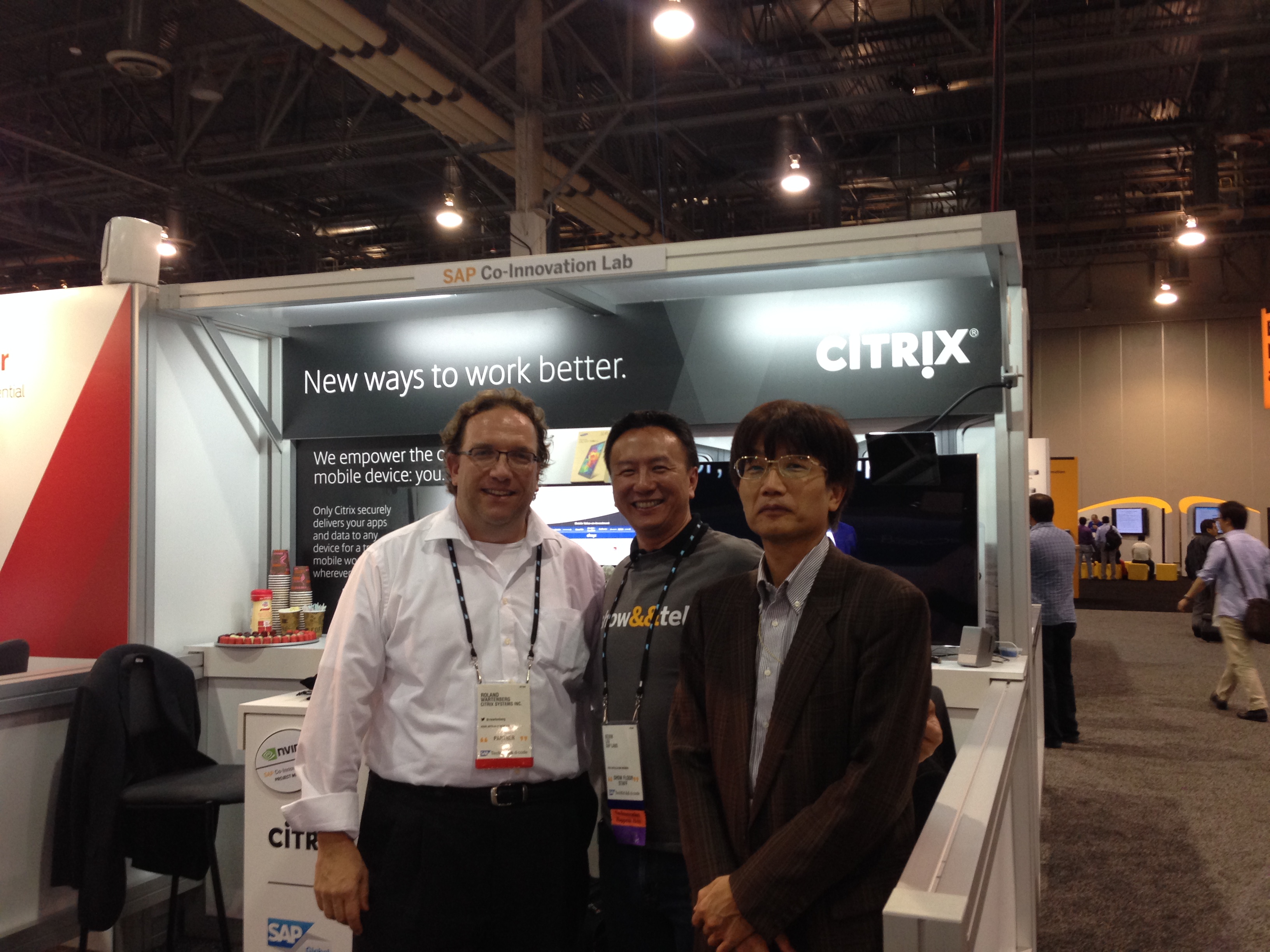 Of course, it’s always worth the 15 minutes to check out the official TechED Live interview conducted by COIL. This year, David did a great job with our friends Rickey King and John Stone  talking about our CA and Cisco joint project Application-Centric Optimization for SAP HANA and Applications that Run on It 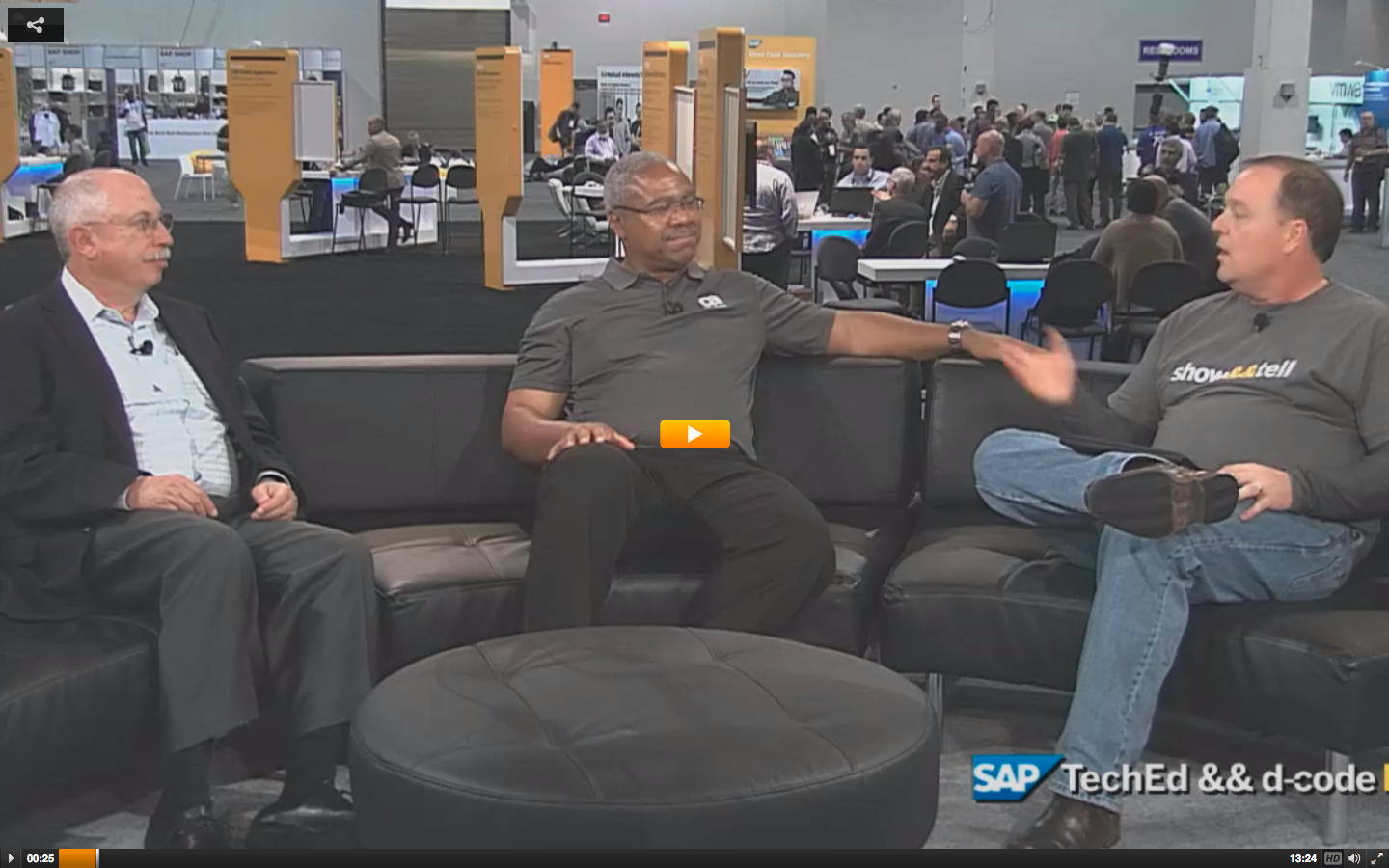 I usually don’t tell what’s behind the scene, but as Halloween is around the corner, it won’t hurt to share a few scary moments at our Fishbowl (nickname for our computing center) in Palo Alto while our members were shining at Las Vegas.

No matter how well we thought we were prepared for a critical event, you never know where trouble may come from. This time is the air conditioners.

Before we left for Las Vegas, we checked and made sure everything were running in perfect condition in the Fishbowl. However,  Monday morning around 7 am pacific time, 2 hours before Bjorn’s keynote where a demo was expected to run live from COIL, we got a notice from the SAP facility and security office in our Palo Alto campus that both of the 2 HVAC units at our Fishbowl were in trouble and the temperature was above 90 F degrees and running higher, some of the servers and network switches were starting to shut down. I have to say it’s the right thing for the machines to protect themselves from being damaged by the overheat, and we all know that we are a crash and burn lab, but burning at the first day of TechED where we support the keynote and dozens of our members’ live demos at the show floor? That’s not a good timing.

Thanks to the heroic work of my colleagues Roger Guedes, Juergen Opgenorth, David, and the SAP Palo Alto facility team, four mobile cooling units were rushed in to the Fishbowl to keep the temperature low while the vendor was working on the AC. 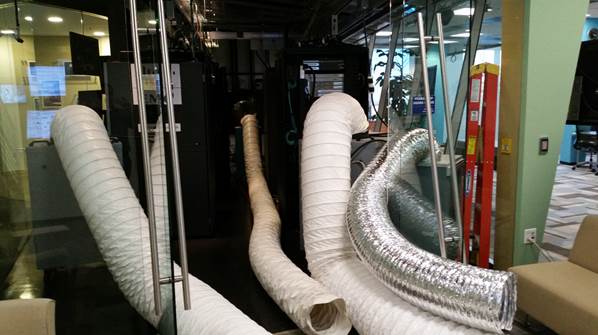 We survived the event very well, and actions are being taken to make sure we stay away from such scary moments.  The picture above was taken by Roger last week. Rudi Held, our global COIL head thought it looked like “an octopus from outer space had invaded our fishbowl”, I have to agree with him. Of course, we will keep it for our Halloween decoration, but never for future events.