How the City of Cape Town Got Ready for the World

When you consider the opportunity to fraternize with the beloved penguins of Simon’s Town, stopping to smell the flowers that adorn Adderley Street or zipping along the Table Mountain Aerial Cableway all in one day, it’s no surprise that the City of Cape Town was recently named, “The Best Place in the World to Visit” by the New York Times. Not surprisingly, this vibrant city perched on the shore of Table Bay is world-renowned for its conservation and biodiversity initiatives.

Cape Town is also the provincial capital of the Western Cape, as well as the legislative capital of of South Africa. The country’s segregated past is not a secret, but its progress since those dark days has been in many ways meteoric.

The SAP Customer Alliance Team recently caught up with Rudy Abrahams, CIO City of Cape Town, to discuss some recent technological developments. In one of his more striking comments, he said he believes that what makes the city so unique is they perpetually add value to the experience of its citizens and visitors alike.

Not unlike many large metropolitan areas, the City of Cape Town experienced some growing pains within various municipalities because they were running stand-alone local management systems (In 1994 there were 64 local municipalities). Subsequently, the city was suffering from a lack of integration and duplicative efforts within their IT systems.

Mr. Abrahams described how the various municipalities were ineffectively communicating and the social responsibilities of the government were conflicting with things like the commercial objectives of utility business units. As a result the City of Cape Town was not only extremely challenged in managing limited natural resources, but also burdened with an aging infrastructure.

Complicating the picture was the fact that many citizens could not afford even basic utilities. The city needed a solution that included dramatic sustainability measures, while rapidly expanding basic services and eliminating the historic divisions within the municipalities.

Below, Abrahams said that the City of Cape Town undertook some critical steps to overcome many of these challenges and accomplish their goal of having an integrated asset and maintenance process:

How did you accomplish your goals?

“SAP assisted us in building process value chains across the organization. It was imperative that a company with the experience of SAP implement new business processes into the organization.”

What were some of the results of the ERP implementation?

How has this empowered you to work better?

“SAP has ensured that we were a lot more efficient as an organization because we spend far less time with manual interventions and are now provided with lots of organizational savings so that we can employ our resources into more strategic areas. We made use of the solution to breakdown silos across the 7 municipalities and converge into one council and that’s the reason we implemented SAP ERP.”

The City of Cape Town has seen a 10% reduction in water usage and energy consumption as well as the installation of green electricity solar heaters in 10% of private homes. They’ve also achieved the merger of previously autonomous municipalities into a single metropolitan city. In fact, the SAP ERP solution was the largest SAP implementation in local government in the world, a project that also included the deployment of SAP-Land Use management. 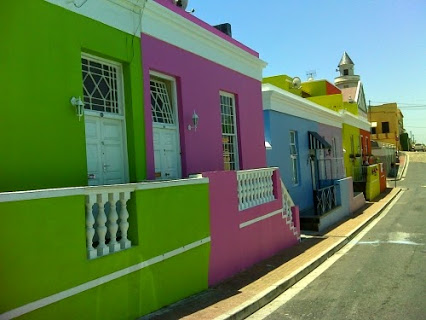 Indeed, from the flea-markets of Greenmarket Square to the beaches of Sandy Bay, the residents of Cape Town are now more than ever, ready for the world.

yeah, it's so amazing then.