When I accepted the Datageek challenge, I decided that creating a Lumira Storyboard or Infographic which covers the Ebola 2014 outbreak would be very interesting to see.  Data can be an extremely powerful tool in preventing wider disease outbreaks and providing critical information.  Using Data along with Analytics, we can track a virus down to its source and also monitor infection rate and spread.

My first challenge was to find a sample data-set to play with.  So, I did some google-ing and came across some data on github which is maintained by Caitlin Rivers (@cmyeaton) | Twitter.  Caitlin’s done a great job in tracking this data and putting together this cache of information.  For my use, I had to play with the data a bit, so don’t hold me to the data’s accuracy 😉   The data snapshot is taken up until October 22nd 2014.

In the past 6 or 7 months that we’ve been dealing with this current Ebola outbreak, there are some serious questions that can be answered by analyzing historical data:

Although I don’t have all those answers, we can look at this Lumira Storyboard on Case Analysis and see some interesting facts: In the recent news, you’ve heard of the virus spreading to USA and Spain, but originated in West Africa. 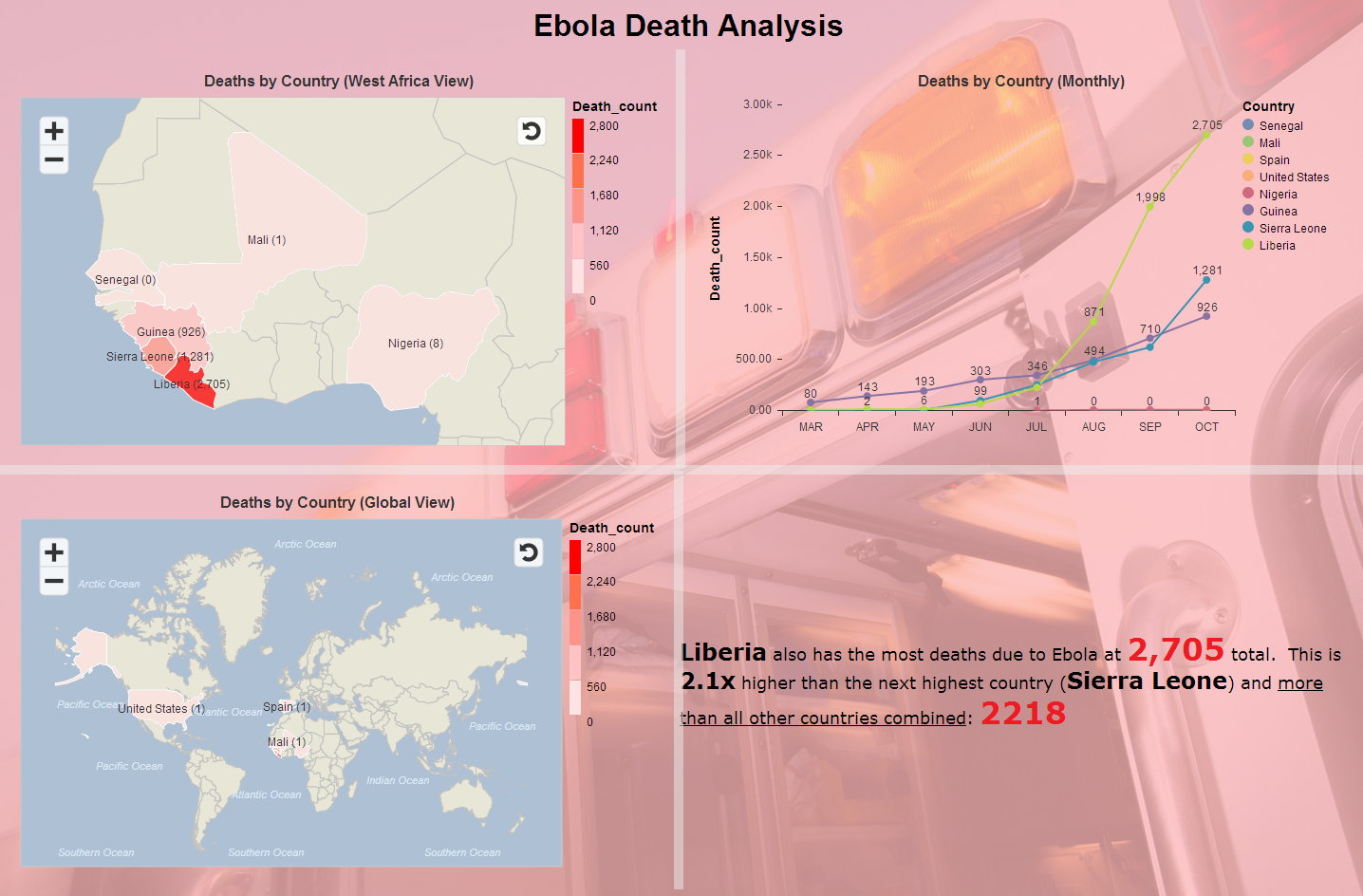 This infographic provides an overview of the data found on the last two storyboards: 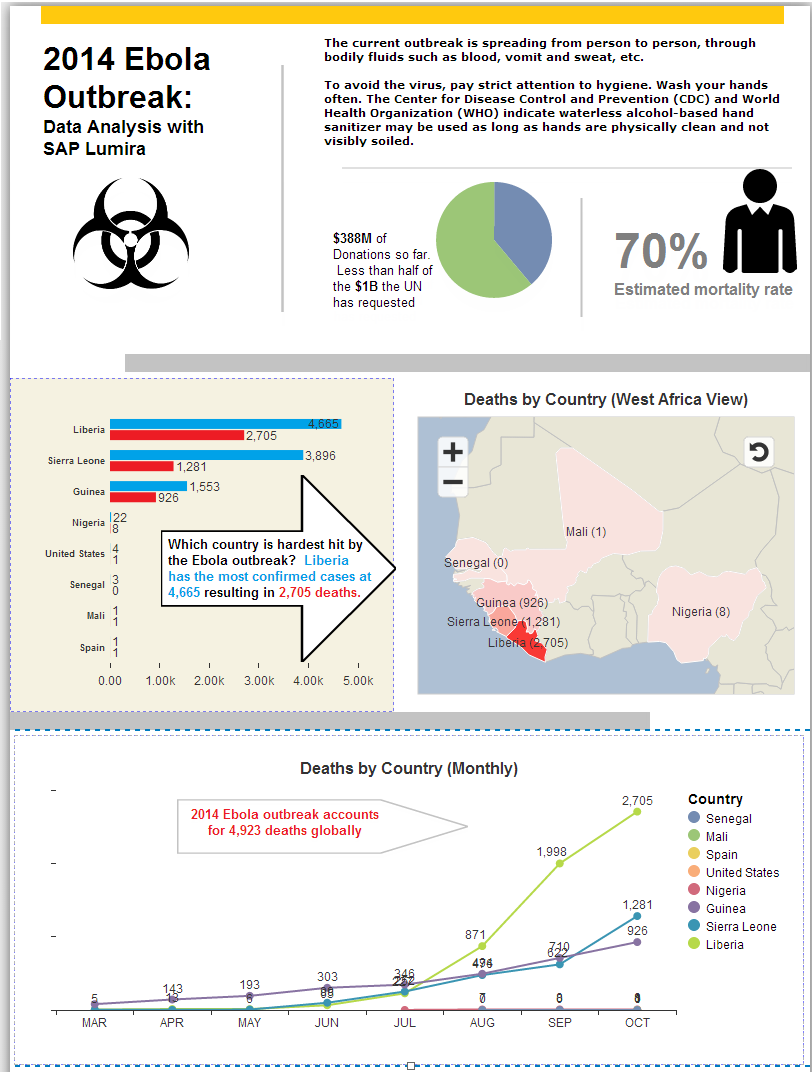 There are still many unknowns about the Ebola virus, most importantly how to cure and vaccinate against it.  While this data may not ever tell us how to cure it, we can better manage and contain an outbreak so that it does not spread.  This type of data could also help researchers discover the source where humans first contracted the virus.

Thanks DataGeek Challenge III I certainly had fun using SAP Lumira for the first time.

Bravo BT!!! House of Healers on point with some BT TLC! Timely, accurate and great viz!

Great breakdown of the data!

Somebody call CNN, I think they could use this! 😆   Nice work BT!

This is awesome!  Now to make one based on the new treatment centers that are being set up and the impact it's having. 🙂

Looking Good!!!  It's pretty cool to see real-world use cases like this.  Great Job!