Creation of PFCG role from the scratch (via Business Role)

In this document I will explain the creation of PFCG role. The widely used practice which I have come across is to copy the existing PFCG Role and assign it to the user. But the recommended way is to create your own PFCG Role.

To start with let me explain both the ways:

2. Creation of PFCG role from the scratch

a. The first step for this type of method is creation of business role as per the business requirement

b. Execute report CRMD_UI_ROLE_PREPARE in SE38

e. Upload results in empty PFCG Role by using the option” import from file “in tab menu of transaction PFCG.

f. Below is the generated menu. The UIU links are generated based on business role 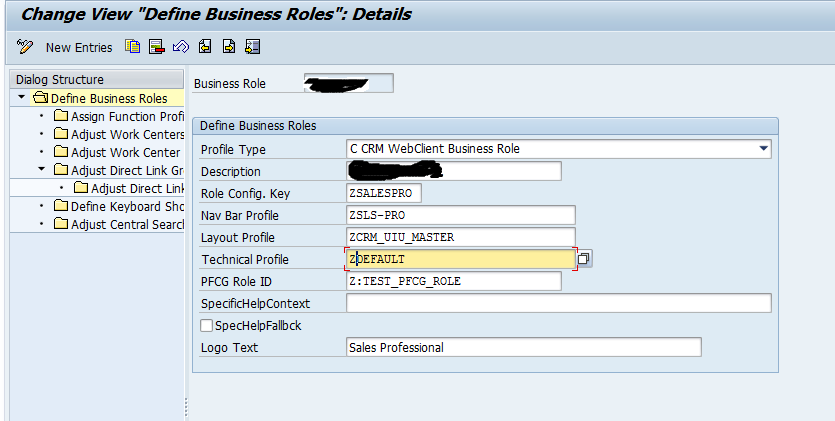 i. Assign the PFCG Role to the user.

Thank you very much  Neha for the detailed steps in this document.

Thanks! 🙂 You are welcome Christophe.

Thanks Neha for sharing with us.

Thanks Neha.. 🙂 good to see that somebody takes sap crm authorization seriously...