The EU Code week – a campaign of the EU Commission promoting coding as the skill of the 21st century – is a great success. Just look at all the 3076 events in the 38 countries involved. The “official” EU code week was from October 11-17th but in fact, it is far from over. There are still 650 events coming up and new are being added every day. As Commissioner Neelie Kroes says in her blog post, EU Code Week is ‘more than just coding, more than just a week’, because ‘it is not about coding – it’s about the amazing things you can achieve and create once you’ve learned it!’

Also SAP contributed a bunch of events all over Europe as communicated here.

*** Launch of the European Coding Initative ***

During the EU Code week, on October 14th in Brussels, European Commission Vice-President Neelie Kroes responsible for the Digital Agenda launched the “European Coding Initiative – All You need is Code”.

The European Coding Initiative will promote coding and computational thinking at all levels of education, as well as in more informal settings in order to establishing coding as a key competence within every education system in Europe. The project was created in June 2014 under the auspices of the European Commission, and is supported by partners from the technology industry, including Microsoft, Oracle, SAP, Rovio, Liberty Global and Facebook. The initiative also involves not-for-profit organisations involved in the promotion of coding and computer science education, including Code.org, CoderDojo and European Schoolnet (Coordinator).

During the event Commissioner Neelie Kroes launched the “All You Need is Code” Campaign Video and website of the European Coding Initiative and
called for an increased recognition of coding as a new fundamental skill for all Europeans as part of a broader digital skills set.

Some impressions of the event: 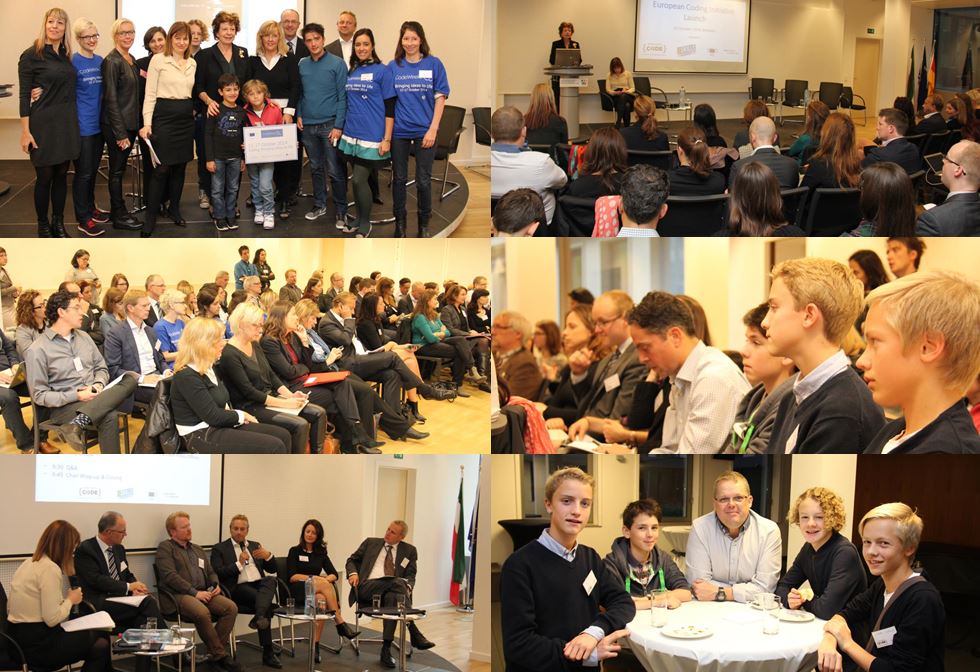 The launched website will provide resources in a number of languages, addressing to everyone from the youngest coders, to pedagogical resources and lesson plans for teachers, to industry training and certification for professionals. SAP contributes and scale up existing initiatives like the openSAP, SAP Learning Hub, SAP Developer Center, Academy Cube and supports students and adults via training and learning resources available on the launched website. The SAP Young Thinkers program addresses also the youngest and brings them in contact with coding.

You can read more about how SAP Joins “All You Need is Code” Campaign and Engages Young People Across Europe in Tech Education here.

The initiative aims to position coding as an entry point to computer science and public sources, and engage a wider group of students.
The activities are:

We had an exciting EU code week here in Ireland run by SAP visiting schools and Coderdojos.

The event was also mentioned in the Spin with Megan last week. It is very short though.

There will be more online clips soon as far as I know.

especially that it also approaches the Hour of code events.

I will update this page once more material will be available.

great to hear of an exciting EU code week in Ireland!!!

Me again.  In the meantime there is a great clip available about the EU code week in Ireland and the Coderdojo in Deanrath :