The times, they are a-changin’ for businesses around the world 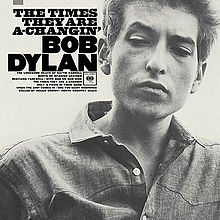 “The times they are a changin’” was written by Bob Dylan 50 years ago this year. And his lyrics ring true in today’s world.

“Come gather ’round people, wherever you roam”

Over the past few months on a round of conferences , events and meetings, we have been travelling all over the world meeting customers in  Africa, Asia, Australia, Europe and all across the US and have heard some great examples of how the “times they are a-changin’”  across geographies and industries.

“Come mothers and fathers throughout the land”

In Australia we heard from one of the biggest retailer in the country about the demands of the consumer in an omni-channel world. They also discussed how they are venturing into other industries and are now one of the largest meat processing companies in the country.  This means that they not only have to face the growing challenges of the retail industry, but now need to learn the intricacies of the wholesale business to ship meet across Australia and export to other countries.

“Come writers and critics who prophesize with your pen”

At a recent conference in Denmark there was a presentation from the CIO of a large paper manufacturer. You are almost certainly reading this blog electronically, and digital media has almost completely killed the paper industry as “nobody” is printing anymore
and there is a huge decline in paper production.

So, what did this company do? They have refocused their operations on maximizing the “by-products” of paper production. For example, one by-product is being used as supplement for food production and another one is being used for clothing. This has meant that the company now needs to understand new markets (Consumer Products and Apparel and Footwear) and develop new business modes. This is a huge shift as they now need to be more responsive as they now are influenced much more by the end-consumer.

In New Zealand we talked to one of the world’s largest dairies who talked about the global challenges that governmental and regulatory compliance brings to them.  They plan to introduce Quick Response (QR) codes on every milk bottle. But in addition every milk bottle will have a “finger-print”, that will it gets unique. And in addition, they want to have a QR code also on the inside of the “opener” of the bottle.

So, these are only three examples of how companies around the globe are changing and evolving to span industries, reinvent themselves with new business models, and comply to governmental and compliance regulations. What this needs is the ability to adapt your business processes and rapidly respond to change is critical.

As Mr. Dylan concludes his song…