My Journey with SAP Lumira

Its been close to 10 months since my FIRST visit to SAP labs campus in Bangalore,  and what SAP gave me (more precisely, what I was able to derive from SAP) in this period of 10 months has made my student life,a memorable one. As Lumira grew from SP 1.12 to SP 1.20 in this period, my relationship with sap also saw an exponential growth,  with SAP Lumira playing a vital role in almost every step, from my first smart phone to my first trip abroad.

This fabulous journey began in the month of December 2013, when some of we students from MSRIT and a few more colleges in and around Bangalore

were invited to take part in the SAP Lumira viz jam 2013. We knew absolutely nothing about SAP Lumira at the beginning of this day. The only thing that we knew at that moment was, “We will be getting an additional 5 marks(which meant a lot back then,but now they hardly matter) in our academics for being a part of this hackathon”. But as the day progressed, we were introduced to what SAP Lumira is all about,and the power of Lumira in analysing data had slowly begun to catch our interest. Since it was the initial days of development and testing of the tool, we had quite a few technical issues to overcome including a complete breakdown minutes before our presentation. Despite all the hurdles and issues, my team was able to  win the 2nd place in the hackathon. At the end of the day, we had some cool gifts, bags, goodies and infact our prize amount to carry back home, in addition to the marks that we were promised. 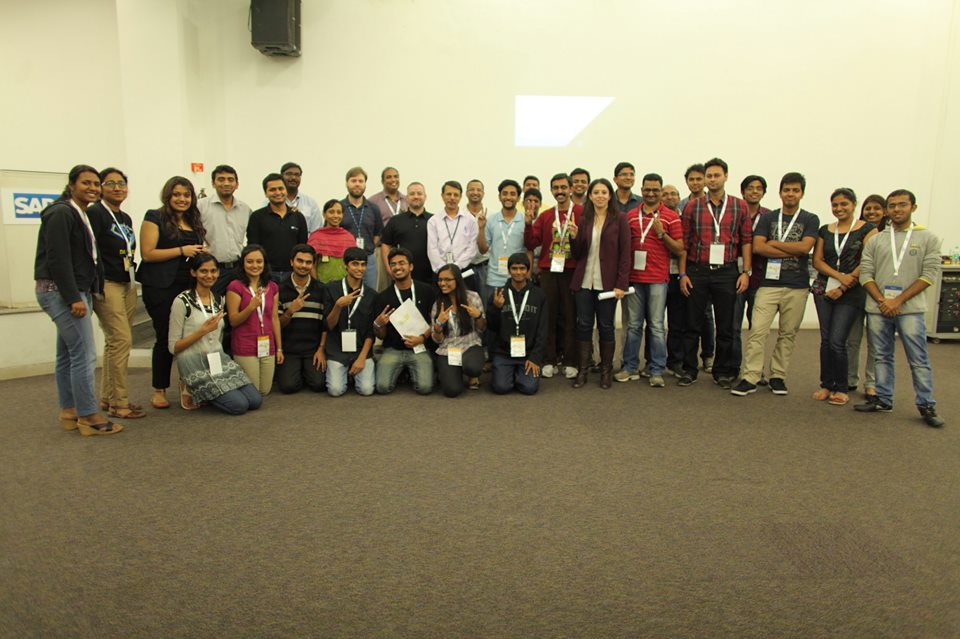 Up next, I got a chance to take part in SAP TECHED 2013 held in Bangalore ,where I was introduced to the whole world of SAP Products and also the SCN community, which was celebrating its 10th anniversary during the event. It was also the time when,the power of SAP HANA began to catch my interest.

The Lumira team also arranged a lunch party with the executive vice president of SAP, for the top teams of the hackathon. This was another memorable experience where we got to give our feedback and experience about the tool.

The fabulous journey didn’t just end there. Next there was the national level Lumira university challenge and though there were a few small hiccups with the deadline, I was able to push my entry into the contest. My happiness had no boundaries, when my entry was declared the second winner of the contest. Still remember those anxious moments of checking mails and Facebook every single day expecting the announcement of results.ANALYSIS OF CRIME RATES IN INDIA Using SAP LUMIRA

Very soon, got another chance to meetup with the same executive vice president, a second time around.It was a proud moment to give a presentation of my Lumira visualizations, and also to go on a lunch with him.I moved back home this day with a most expensive smart phone in the market that was presented

to me for winning the university challenge. 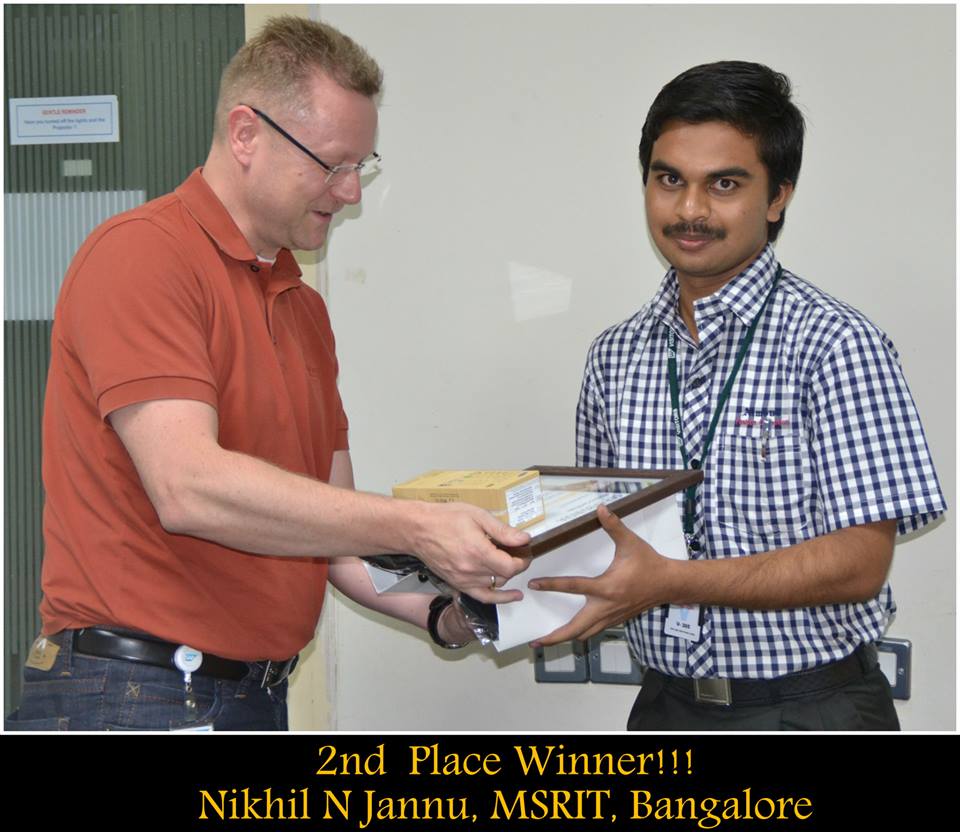 Next I was appointed the SAP Student ambassador, and got a chance to spend a complete week with the SAP University Alliance team at SAP Labs Bangalore.Here I was able to assist the university alliance team in conducting workshops for the faculties of various institutions. It also gave me an opportunity to interact with a wide number of professors and also learn for myself the various SAP tools during the workshops.I also got a chance to meet the Vice President of University alliance team, who was quite impressed by the Lumira visualization that I had presented to her.

Up next there was the SAP Faculty day 2014, where I got to give a demo of my Lumira project during the announcement of Lumira University Challenge 2014. It was another proud moment for me to give a talk in front of a wide audience of professors, which included a few from my current university as well. 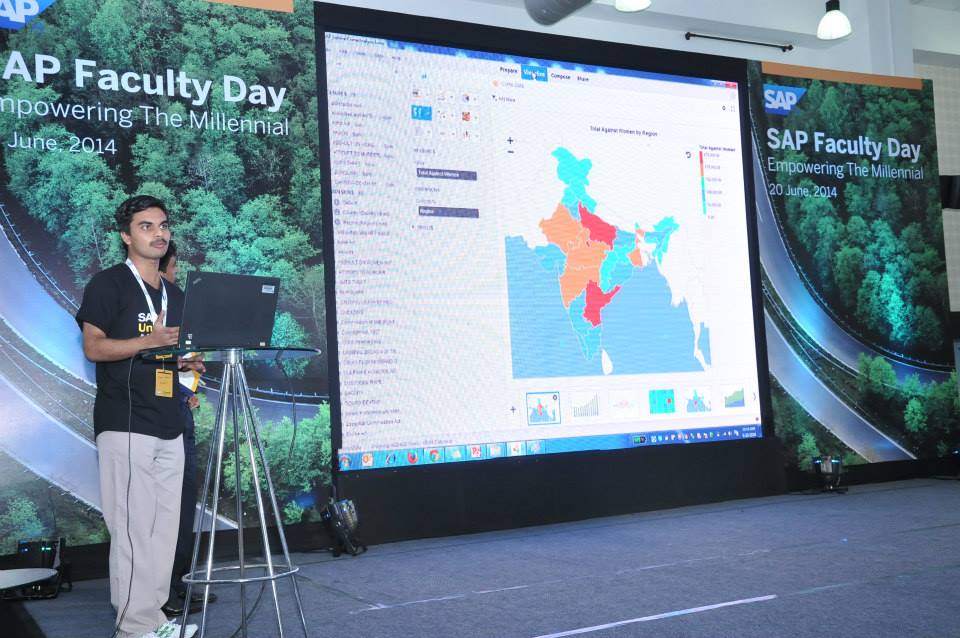 Apart from this, I also had the opportunity to take part in many more events held at SAP labs, like the SAP Startup focus’s demo session on SAP Hana, SAP Lumira data extension challenge 2014 etc.

By this time, I had already extracted quite a lot of resources from SAP, but my biggest loot was yet to come. I heard about the SAP Metals and Mining Forum Student Blog contest that required students from universities to write a blog on SCN. In the beginning, as a pure technical, IT student , I was quite a lot confused over what exactly I could write about the mining and metals industry, an industry totally unrelated to what I was studying. This is when, Lumira once again came to my rescue and I had decided what to do next- Use Lumira to analyse the state of Indian mining, ie. perform a data mining on Indian mining. Though I had a tough time in gathering the data, Lumira simplified the task of deriving insights from this data, and I was able to write a short blog over my conclusions.MMForum: A Real Time Analysis of Mining in India using SAP Lumira

The happiest day of my life came when the results of the blog contest were announced and I was declared as a winner of the contest. And my prize included an SAP sponsored trip to Germany to attend the SAP MMForum conference and also the partners day meet. This was one of the best opportunity that a student could ever get, and I was all set to make my week long trip to Germany.

From getting my passport, visa or even travelling on a flight it was all a first time experience for me and the entire trip turned out to be a most memorable experience for me. The SAP MMForum conference, held at Darmstadt, Germany further increased my understanding of SAP products and also increased my desire to join SAP once I am done with my studies. Being the only student in the entire conference,meant a lot.I also got to visit the SAP campus in Walldorf, which once again increased the reasons for me to begin my carrier with SAP. All in all,the trip was a great experience stretched across a week, and completely sponsored by SAP. 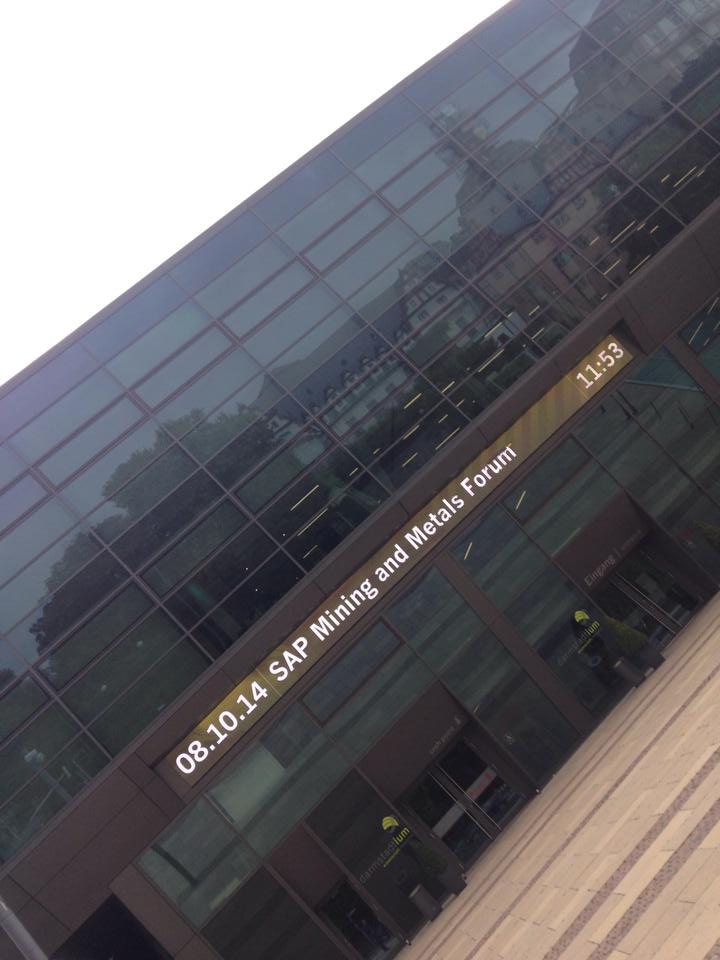 Next,I also got to be a finalist at the DataGeek-3 challenge in the Expert section of Business Data Challenge.

This was my 10 month long journey with SAP, where Lumira had its own role to play in every step. I have another 4 to 5 months left in my kitty of student life and will try all my best to make the most out of it.

Currently, looking forward to getting into my dream company and build an exciting career to run better and run simpler with SAP.

Great journey, Nikhil! Be sure to check out Data Geek III - Thrones of Data 🙂 www.sap.com/datageek

Thank you.Yes, I have submitted my entries.

Was able to make it to the finals as well 🙂

Wonderful.  I wish you all the very best and by seeing the way you articulated your journey by making use of latest products from SAP, I am sure you will reach great heights.

excellently presented your journey with Lumira, You have a great career ahead...

best of luck for all u r future deeds....

Gr8 journey & best of luck for your future.