2014 – The Year SAP Forgot About the Community

I have been asked during SAP TechEd && d-code Las Vegas how I felt about the SAP Mentors not being called on stage during DemoJam. My first reaction was that I hadn’t even noticed it: DemoJam night was great and had fantastic contestants, so I didn’t feel anything was missing. 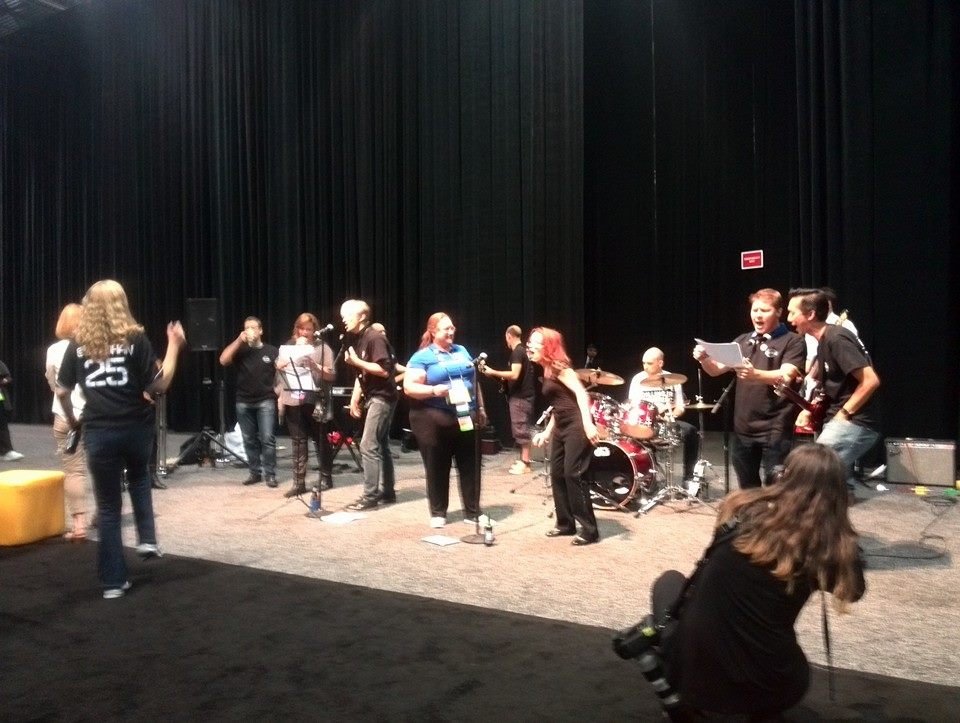 What about the many hard-working community contributors?

Thinking about the question, though, what did it mean that the SAP Mentors were not called on stage like in previous years? It is important to the self-understanding of the Mentors program that there should not be a culture of entitlement, and I agree completely. So it didn’t occur to me for an instant to feel entitled to this Mentor moment of fame on the big stage. It also occurred to me that no other community group had been called on the stage: not the Active Contributors, not the Top Contributors, not the Forum Moderators, nobody. It also occurred to me that non of the SAP Community members who tirelessly dedicate their private time to creating a wealth of material for the benefit of others were not even mentioned.

There was no speech calling out, to name just one (albeit very notable) example, the amazing dedication of Tammy Powlas who has a demanding day job (more like a day and night job in reality) and is on top of that one of the most engaged ASUG volunteers and on top of that probably the single most active SCN community member with countless contributions in forum posts, blogs, and other forms. There was actually a small community-organiyed flash mob to honor Tammy, but she is not alone: Forum moderators work reliably every day to keep their forums clean of spam and trolls, even if they have a go-live in their current project, or they are young parents and a new baby in the house leaves them almost no personal spare time, and so on. Many community contributors find their own personal ways to pay it forward, as Mark Yolton so inspiringly put it in one of this DemoJam night speeches. And that should be recognized loudly and publicly.

For most of the volunteers, a thank you and a group photo with other contributors at SAP TechEd used to be the only recognition they got all throughout the year. This expression of peer recognition kept them going. This year, SAP didn’t bother to show them much love. I don’t think that is right.

It’s wrong for one because not even once mentioning the Active Contributors, Top Contributors, and Forum Moderators might be seen as a display of disrespect towards their effort. SAP should express its recognition and encourage the contributors to keep going and new, potential contributors to step out of the shadow.

No apparent focus on the community

The lack of focus on the community was tangible not only at DemoJam night but throughout the conference. There was no mention of SCN or the community in a wider sense in any of the keynotes. There was no discernible Clubhouse on the show floor (I suppose the bean bags were expected to pass as the “clubhouse”). Key community advocates were out of the picture because they either didn’t get permission to travel to the conference or were only allowed to travel in non-community roles (e.g. to give away t-shirts instead of nurturing the community). There was no Wednesday night „touchy-feely“ event, no community profile photographer (just one for the conference speakers) and no discernible follow up to themes such as „gamification“ or „pay it forward“ that had played a big role in recent years. It was clear to see that the community, which was at the core of the TechEd experience in recent years, did not play a big role at “d-code” at all.

It’s also wrong because giving the impression that SAP no longer cares about the SCN community will hurt other programs, such as the Developers Program. SAP operates under the premise that they can only flourish if many developers adopt their technology and use it to develop new applications. These developers rely on SCN content and contributors to help them get started and to find their way through thick and thin as they build new applications on top of SAP technology. If SAP shows the SCN community the cold shoulder and community contributions drop, then who’s going to create the content on which the developers rely? I doubt that SAP’s own evangelists and product specialists are numerous enough to perform this job. This needs to scale – and it can only scale with the SCN community. And that works only if SAP continues to show the community its love.

So my wish for SAP TechEd && d-code Berlin: Call the Active Contributors and the Top Contributors on the stage. I want to have a chance to cheer for them.

P.S.: This post is not going to increase my popularity among the powers that be. Regardless of whether or not I’m right, this feels like an “SAP, we need to talk” moment to me, and I’m glad that SAP and specifically SCN have created a culture of open discourse and feedback through which SAP has received many chances to “get it right.” This is another benefit of having a strong community and nurturing it – and you don’t get that just by giving away t-shirts and developer licenses.