Handling of Applications with the BRF+ API (Part 2)

So what are the topics of this second part? Within the next sections we will take a look at how the BRF+ API can support us in order to

So let us do some coding again!

One very useful feature of decision tables is the check functionality you can execute on them namely the check for completeness and the check for overlaps. Thinking about our scenario with the integration of the decision table into a completely different application we certainly do not want to withhold this functionality to the end-user as they add so much additional value. So we add two new methods to the handler class ZCL_BRFPLUSAPI_FLEET that look like:

Within these methods we call the corresponding functionality of the BRF+ API of the decision table. For both cases this functionality is given by methods of the interface IF_FDT_DECISION_TABLE_SERVICE.

First let us take a look at the checks for overlaps and what to do in order to trigger them:

It is quite obvious that it is really easy to achieve the check:

The check for completeness is nearly as straightforward but here we have the option to it in two ways:

As the second option is more convenient for the user we use that one in our implementation: 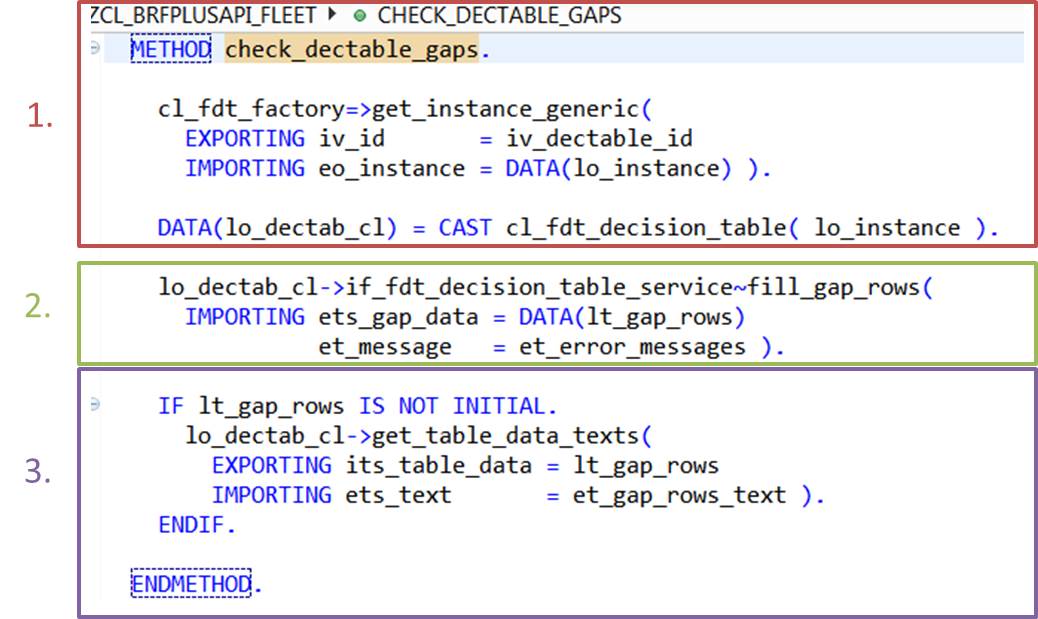 So the following steps have to be taken:

To conclude we are now also able to do these checks on a decision table without usage of the BRF+ workbench and can, hence, integrate them into other UIs.

Another functionality that is very handy when it comes to decision tables is the possibility to maintain them in Excel. As the concrete call of the Excel depends on the UI technology you want to embed the coding no step-by-step example is given here but you will see the core methods to fetch the information of the decision tables in a compliant format. The code snippets are given by:

The coding for the processing of the function can be retrieved as usual via the code template in the BRF+. So you should create one “dummy” function for the scenario that we used here and then create the template using the BRF+ workbench or alternativly start the report FDT_TEMPLATE_FUNCTION_PROCESS.  After retrieving the coding you can delete the dummy function again and implement the call in the backend with the sample coding. The first  thing that has to be considered is that the ID of the function is not fix (as in the coding template) but has to be handed into the method of the handler as an importing parameter as shown in the following screenshot:

The second point that has to be thought about is the handling oftraces. If you need/want traces in your scenario is specific to the requirements you have and no sample solution can be given. However you decide the code template can be generated in a manner to support traces (more information on taces can be found e. g. in the document Tracing in SAP Decision Service Management).

No further tasks are necessary to expose that functionality except that you want to rewrite the proposed code tameplate in ABAP 7.40 style: But this is indeed an optional task 😎

As additional functionality we want to implement a method that enforces the code generation of the BRF+ function. Now you might ask why one should do that as this is automatically triggered when the function is called for the first time (the very first execution of the function is in the interpretation mode). This type of execution can cause issues when the BRF+ function is called the first time from parallel processes which might be the case in our scenario. So to be on the safe side and to have the optimal performance of the function call right from the start we add the following method to the BRF+ API handler class:

The method contains a call of the function module FDT_CC_GENERATE_FUNCTION which triggers the code generation: 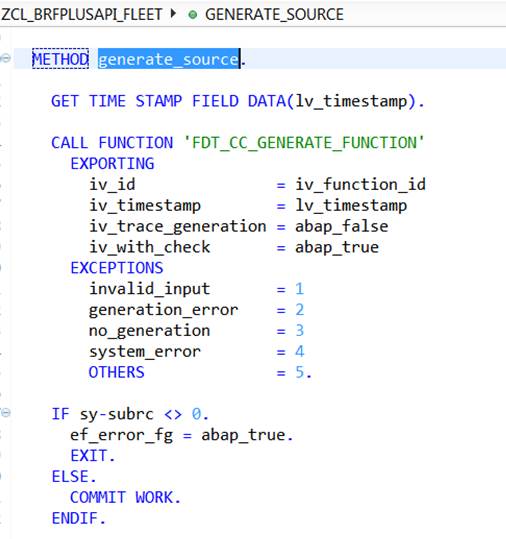 Please be aware that the method here contains an explicit COMMIT WORK that might be placed in another place when integrating it into the master policy application in order not to interfere with the commit handling implemented there.

The deletion functionality is already encapsulated in the class CL_FDT_DELETE_HANDLING. In analogy to the process in the BRF+ workbench the deletion of the objects via the BRF+ APIs consists of three steps:

As usual the error handling has to be adopted according to the specific needs.

The parameters handed over to the three calls of the class CL_FDT_DELETE_HANDLING are restricted to be used with a master data application (obvious in the very first screen shot when taking a look at the parameter LS_OBJECT_CATEGORY_SEL). So in case you use the API for the other storage types the concrete values have to be adopted.

One further hint when you play around with this functionality as I came across it several times especially when testing this functionality (It was some kind of Homer Simpson like experience … d’oh): The methods from above check if there is a lock on the objects that are to be deleted. So if you execute the coding and have the object open in the workbench in edit mode (which is default if you personalized your workbench as expert) the methods will return an error that they are locked. Do not ask how often that happened to me when I played around with the parameters of the methods as I wanted to check if they really are deleted 😛

As already mentioned this blog is intended to introduce you into the possibilities of the BRF+ API and is far away from describing all the possibilities and options the BRF+ API offers. So if you want to make a deeper dive into the topic one very good description is given in the book BRFplus – The Book ofCarsten Ziegler and Thomas Albrecht.

There is also plenty of information directly accessible directly in your system: 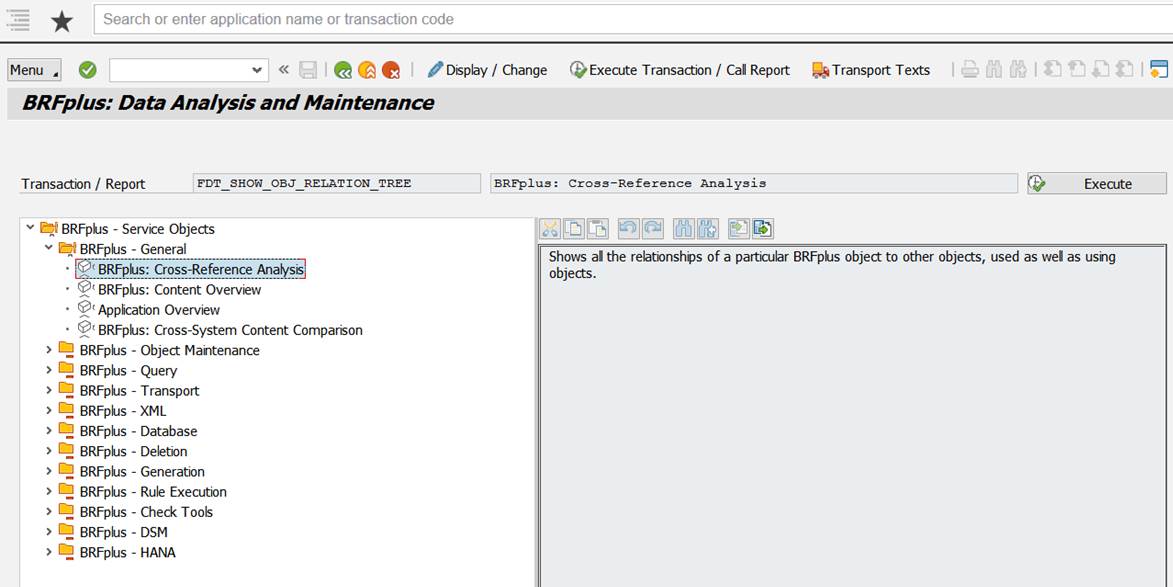 Concluding this two-parted blog I hope I the information described in it gave you same insight into the BRF+ API and supports you in having a smooth start with the generation of BRF+ objects.

As soon as you start to work with the API you will certainly experience that its design is very well elaborated so after getting used to it you will find the methods you need at the place where you would expect them, i. e. all is very intuitive which is unfortunately not always the case for all APIs out there. Many thanks to the BRF+ team for that good job!

P.S. You certainly have become aware of is that the coding was done in Eclipse using the ABAP Development Tools. Working with these tools for some time nowI heavily recommend to use them as they will speed up your work. So I like to addtionaly state (although this is not part of the ADT area in SCN) that the team around Thomas Fiedler did a great job on those tools (and hopefully will continue to do so, but have no doubt on that). 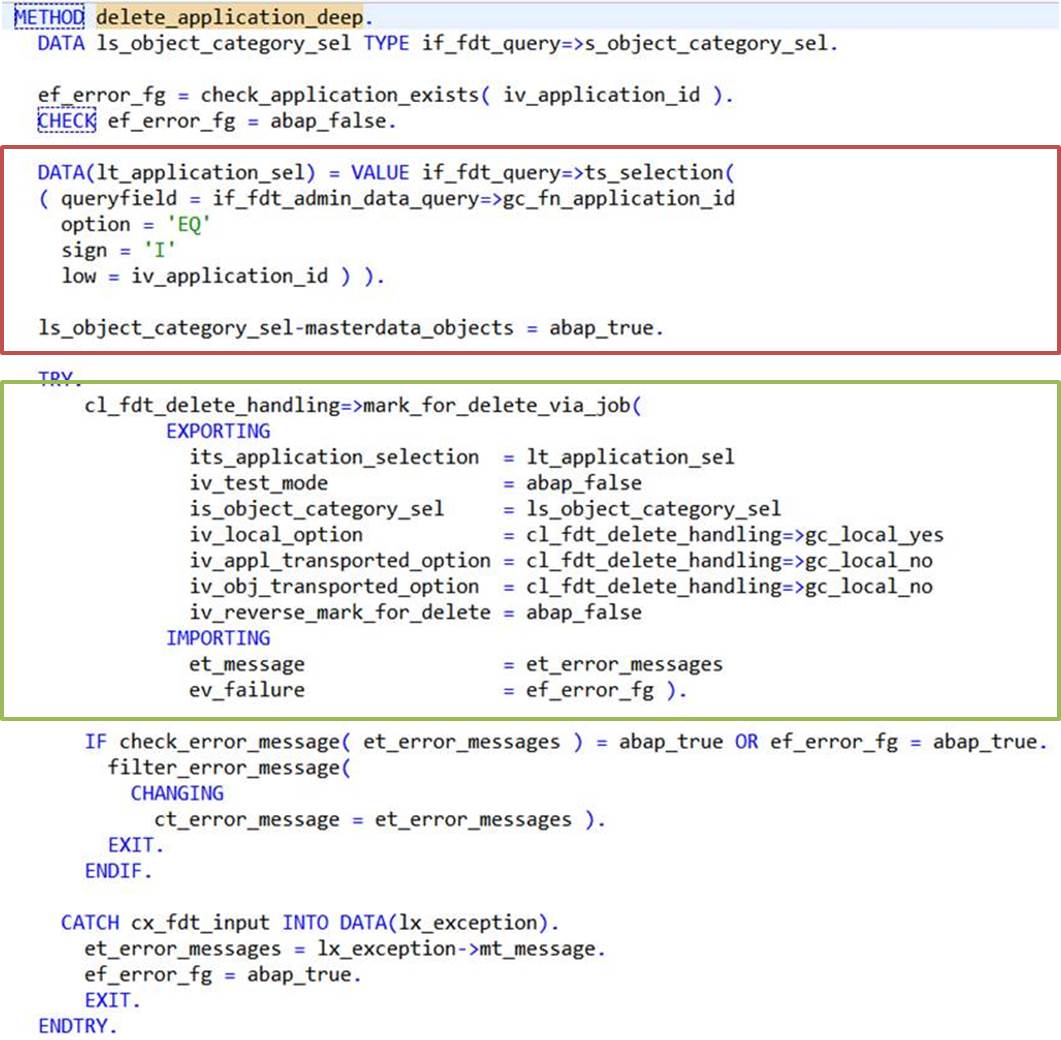 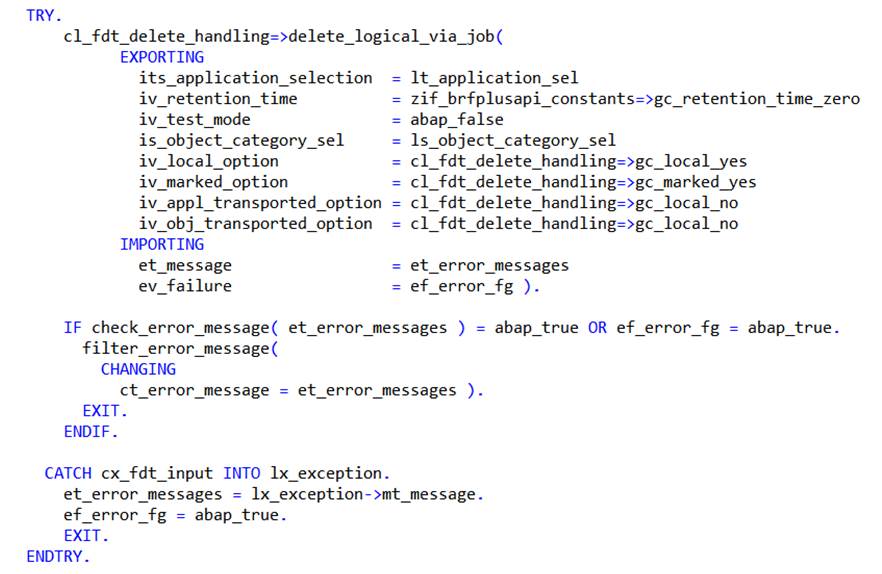 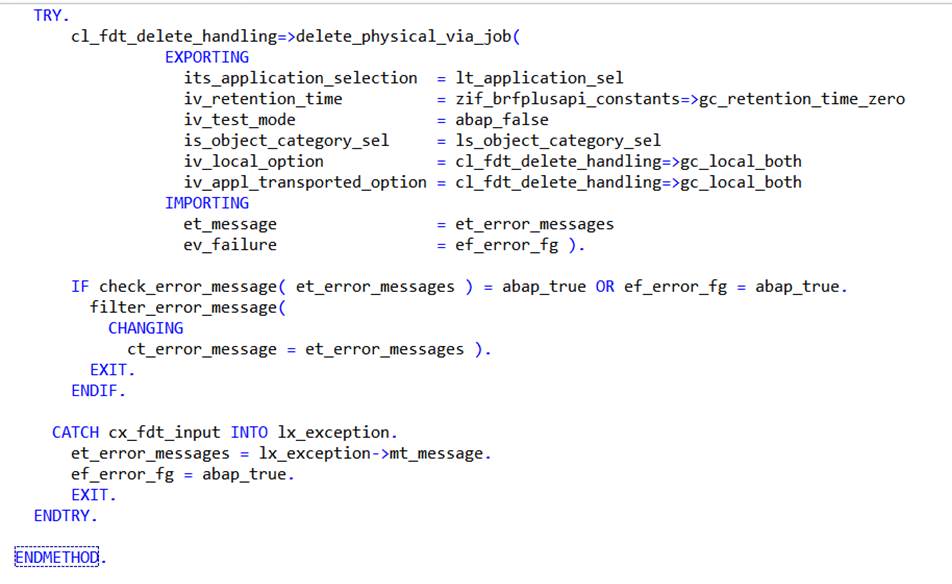 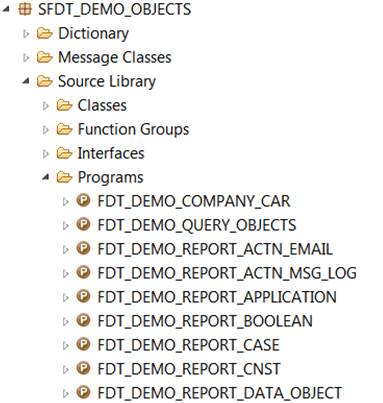 Thanks, Christian for this helpful blog. As I am new to BRFplus it really helps to understand the comcept.

This is great stuff Christian. After just reverse engineering a complex spreadsheet into a BRF function manually, I had an idea for a perhaps ambitious and challenging feature. Imagine if we could not just create decision tables via spreadsheet upload, but rather generate an entire function with ruleset by uploading a spreadsheet with all kinds of formulas? I expect that many people are in my shoes of having to translate complex spreadsheets from engineers into BRF functions for VC functions or other applications. Conceptually I see no obstacles, but the translation libraries would take a while to develop. Identify the input and output cells and let the engine trace all the precedents and create all the BRF objects. This could give someone something to work on for a while but could be the next killer app!

sounds interesting. VC is indeed one area where BRFplus should be a first class citizen when it comes rule modeling (as far as I know this is not the case, but maybe I am mistaken).

However, I am not an expert on VC, so it is hard for me to say how complex the scenarios can become here. In general, every BRFplus object can be generated. The challenging part is the interpretation of the formulas and especially of the data objects. I think that the solution might be a mixture of predefined objects in BRFplus (in a kind of "abstract" application) and the Excel interpreter that then puts the stuff together. From my experience, an iterative approach is useful here to first cover the "usual" cases and not drown in the complex scenarios that business usually is fallen in love with, but are not necessary to already deal with 70 - 80% percent of their work. Perhaps you should write a blog about that scenario and your idea taht give some more insight in the sceanrio