Buckets and Boards, an IoT Journey

Intel predicts that by 2020 we will have 200B “smart devices” in the world, an average of 26 smart devices per person.

And in August 2014, IoT was positioned as the most hyped technology in Gartner’s Hype cycle.

Surprisingly, a big driver of the IoT ecosystem are startups. AngelList lists 503 companies in this space, with almost 1500 investors. At the SAP Startup Focus team, in the last 4 months, every 1 in 3 startups we talk to is in the IoT space.

As a software engineer, I understand the best way to gain working knowledge of any new technology is to get your hands dirty and build something. So, when my team got an opportunity to demo at the HackerLoundge at this year’s Tech-Ed && Dcode, we jumped right in.

In a matter of 3 weeks, we went from complete newbies to showcasing a demo of 2 sensors that sent data to SAP HANA.

We were helped along our journey by experienced colleagues from the SAP Palo Alto D-shop and SAP’s IoT PM, Aaron Williams.

The theme for the HacklerLounge was to show POCs of how the agriculture industry can leverage IoT to build “smarter farms”.

We hooked up both these sensors to a BeagleBoard(BB) – a mini computer that runs Linux and has both Python and BoneScipt (based on Node.js) programming interfaces.

BeagleBoard which ran BoneScript (based on Node.js)

SAP HANA on AWS to capture the data and visualize it using SAPUI5.

When we started, we had a choice of using an Arduino, a BeagleBone or a Rasberry Pi. Our choice of BeagleBone was driven by the fact that we went through an intro class at the SAP D-shop and we were familiar with JavaScript.

Here is our journey in pictures: 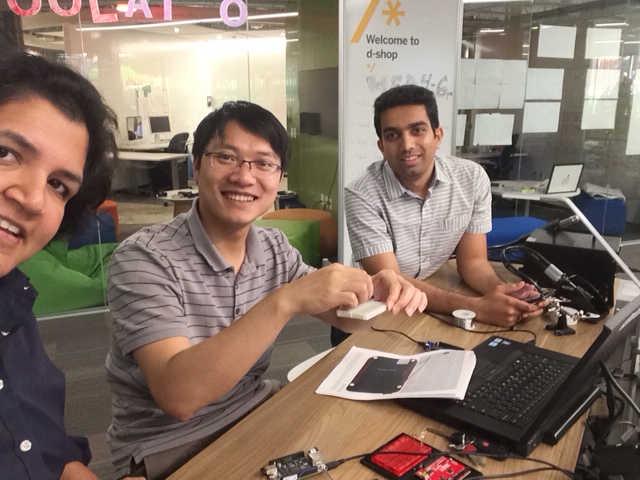 BeagleBone hands-on workshop at the D-shop in Palo Alto 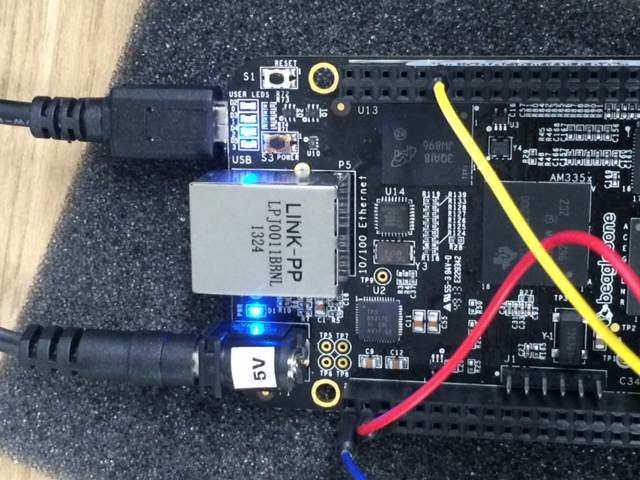 Circuit for the flow sensor 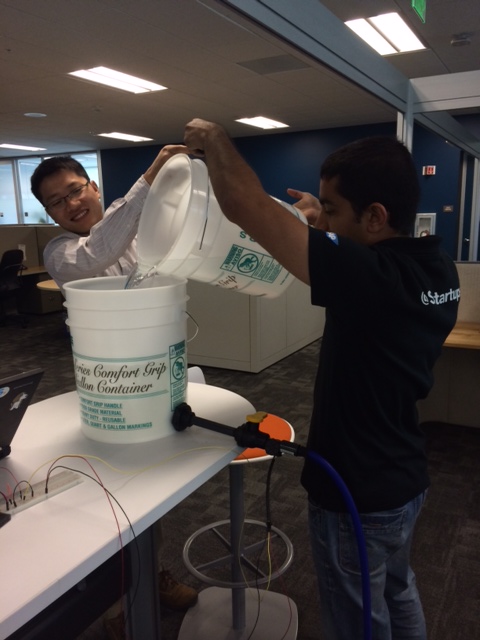 QA of our setup at our team space in Palo Alto 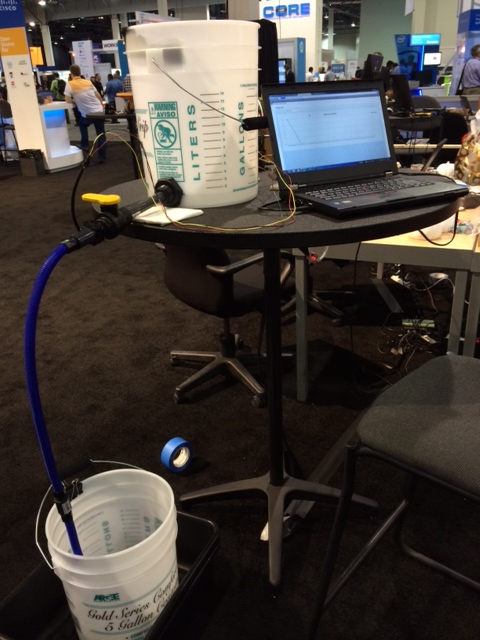 The goal of this project, and all the other demos at the Hacker Lounge, was to demonstrate how quickly to build a POC in the IoT space. As customers and partners venture into this space, we wanted to show how it is technically feasible ( we spent 3 weeks) and relatively inexpensive ( less than $100 for the BB and sensors) to prototype something and prove the value to your team and company. And platforms such as SAP’s IoT platform can help your organization scale such solutions to an enterprise level.

Really cool. The value of using SAP HANA in an environment where multiple generate big data is a no brainier. But the real clincher is the simplicity of the platform for quick development of prototypes in an area where the validation can be done pretty quickly.