Techies from around the world clashed in Las Vegas on Wednesday night during the 10th annual ultimate developer competition, DemoJam (#DemoJam), where SAP customers, partners and employees demonstrate new technologies and applications. Two-person teams squared off against each other in front of a live SAP TechEd && d-code (#SAPtd) audience.

Each of the eight teams, up from six last year, had to demonstrate its app in six minutes — no more, no less. Every demo must be live, without PowerPoint, screen shots or other subterfuge. And the #SAPtd audience determined the winner via the controversial-but-fun Clapometer.

Three-time DemoJam winners Nic Doodson and Will Powell of Keytree went first, building on their HANADeck from last year with an interactive virtual environment that could foster and improve collaboration among users across the globe. They deftly lifted a paper sketch onto a 3D computer dashboard for interactive viewing and data management with either a state-of-the-art Oculus Rift virtual reality headset or a simple tablet computer.

“One of the great things about this analytical environment is that it’s hosted in HANA Cloud Platform, which means multiple users can interact in the environment with the data at the same time,” Doodson said.

Next, John Appleby and Brenton O’Callaghan of Bluefin Solutions extended ERP and CRM into mobile applications, making it easier for SAP customers to innovate. And users of the Swift-based app can view and drill down into customer data from anywhere with just an iPhone.

Diego Menese and Lucas Lopez of Kimberly-Clark Corporation had already optimized their newly developed mobile app, but they weren’t happy with the response time for large queries. Their fix: Super-Fast Cache for Mobile algorithm, which achieves sub-second performance while still complying with data-level security.

SAP’s John Astill swapped his treadmill from last year for an iPhone, teaming up with Eric Vallo of EV Technologies to improve home security. Using the SmartThings open development ecosystem, they created a simple mobile interface to monitor your house, appliances and even family members, especially children and the elderly.

“We’ve printed a device type within SmartThings on HANA itself,” Astill said. “So this is communicating with HANA and saying, ‘Well, what’s wrong with your house?’”

Tom Turchioe and Bill Griep of Critigen combined mobile technology, geo-event processing and more to help get utility workers to their service calls more efficiently. Linking products and innovations from SAP, Critigen and Esri, this can improve customer satisfaction and enhance competitive advantages.

Third place went to Swell Analytics, which looks for the best surfing locations in the world — and the best times to visit them — by conducting sentiment analysis via SAP software, geocoded tweets and surf forecasting data. Chris Rae of Super Retail Group and a wetsuit-clad Clint Vosloo of EV Technologies showed how they used SAP Lumira Server technology to create stunning visualizations.

“I’ve been surfing for 30 years,” Vosloo said. “If I want to make sure that I have a great trip [abroad], I can use 17 years’ worth of data to make sure I pack the right boards.”

The runners up were the winners of this week’s SAP InnoJam, Thomas Wilder and Cynthia Johnson of California State University, Chico, whose robot can patrol a garden or farm, identify weeds by consulting a HANA database, and then dispense the proper weed control solution in the appropriate dose — all instantaneously. Their system also tracks data on the diminishing presence of weeds and the decreasing need for chemicals.

“Looking at Month 3, we can see even more weeds gone — some new ones are popping up, but we can get them when they’re small,” Wilder said. “And that’s the key: The least amount of solution to spread on it, the better off we are.”

And the winner: SAP’s Santosh Kumar and Magna’s Simranjeet Kaur demonstrated how their HCP-powered application can find any object with a GPS tracking device — including children — using any laptop or mobile devices from anywhere in the world. Spot On relies on HANA’s predictive analysis functionality to look at where users typically lose objects, and then predicts where the missing item might be.

Kumar and Kaur didn’t receive the traditional glass bowl as a prize — apparently because said bowl is no longer in one piece. So they received Olympic-style medals, which will hopefully prove tougher to break.

And if their medals ever wander off, they should be easy to find. 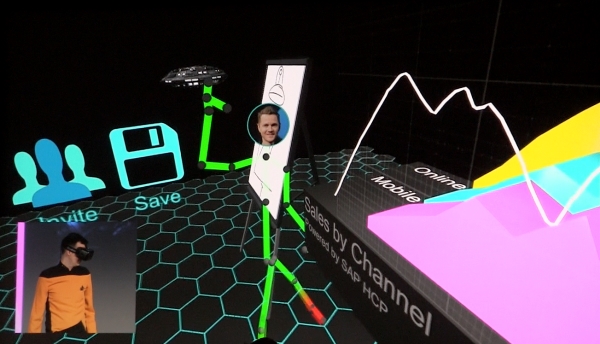 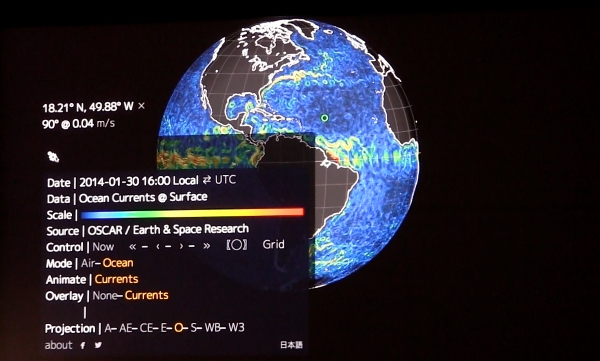 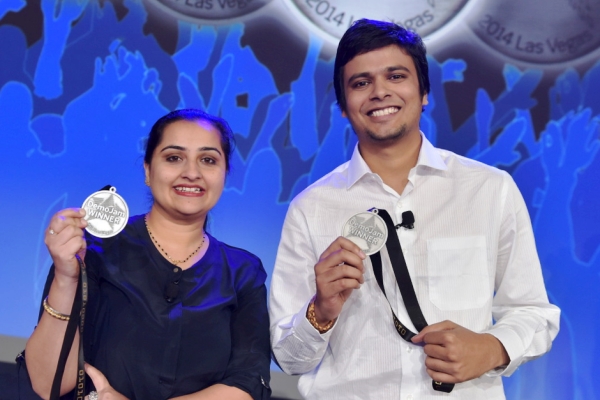 I really like the "Spot on" idea. Is the app available in market?

The audience in Las Vegas clearly agreed with you, Femi. But I will leave questions about the availability of Spot On to Simranjeet.

I always love to see these ideas.

I agree, Abhishek! There's always something creative and useful!

Did you watch the embedded video, Abhishek? I think it really brings this event to life!

Yes Derek i have seen the same it is really nice.