Following are two main reasons why it is important to prevent accidental migration of queries from 3.x to 7.x-

1) Some features (Formulas) might not work (or not work same way) in 7.x as compared to 3.x

The first two options are preventive solutions while the third one is a reactive workaround.

2. This will prevent opening of 3.x queries in 7.x query designer.

Note: Designer needs to be restarted to open any other query. 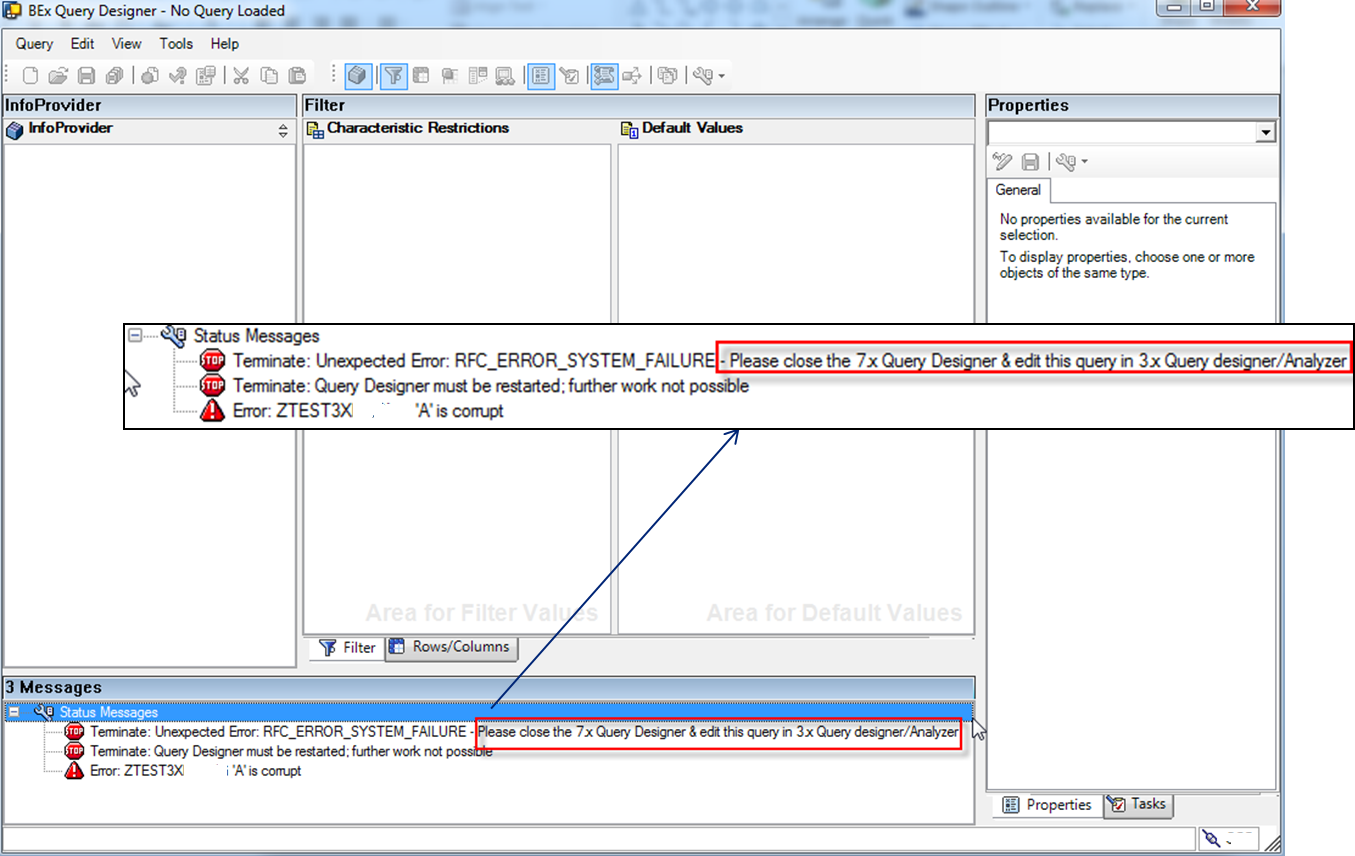 To allow specific users to migrate 3.x to 7.x, create a Z table and maintain list of allowed users. Code written above will be bypassed for these set of users. 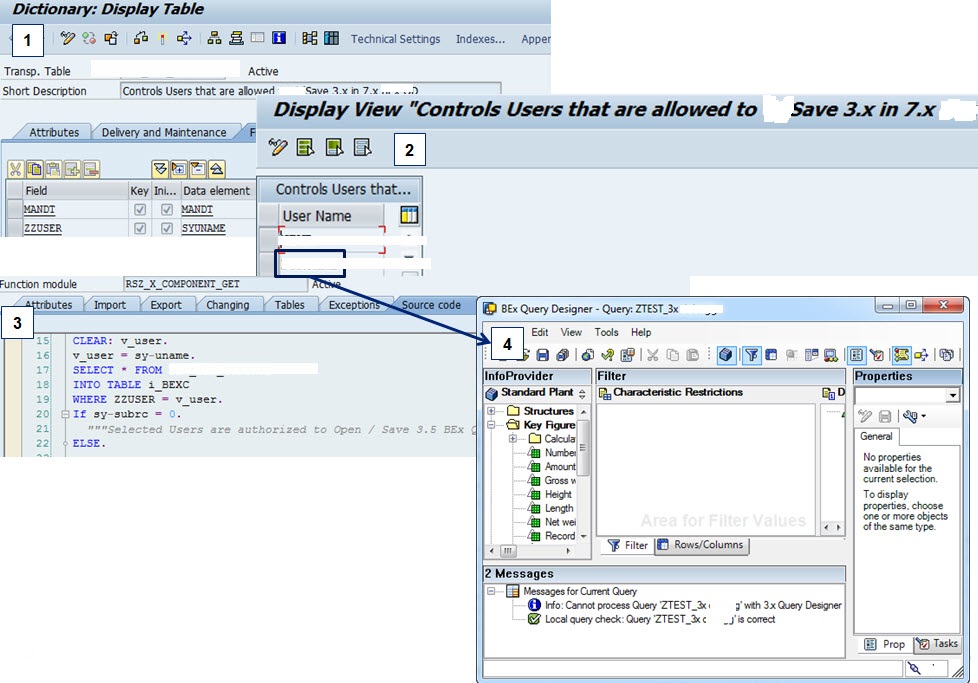 To prevent accidental migration of 3.x to 7.x BEx Query when Query designer is launched from BEx Analyzer, logic has been put up in FM (RSZ_X_COMPONENT_SET_NEW) responsible for saving query. 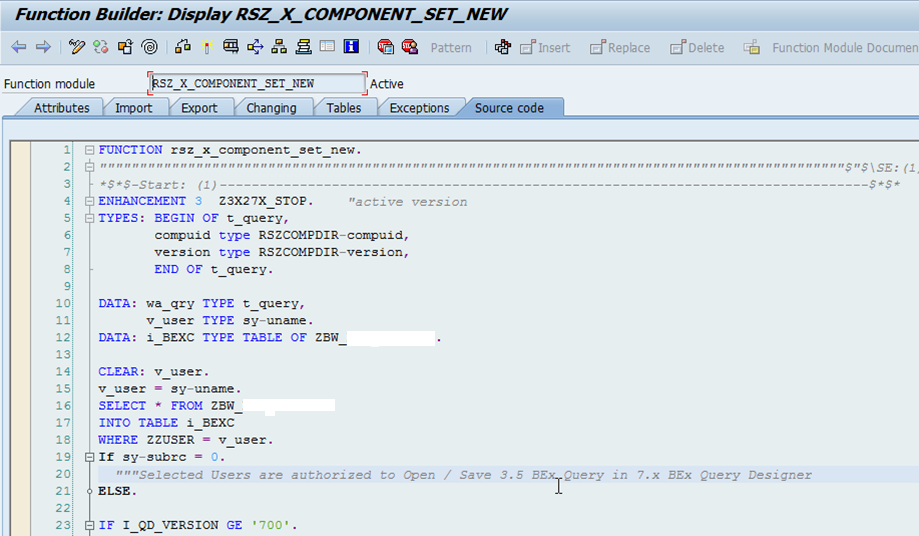 1. This new set of user ids will be created following a specific agreed naming convention. For instance Z7<*>, where <*> can be abbreviation of super user’s id.

2. This set of user ids will be shared amongst the 7.x toolkit users.

4.These new set of user’s will have following authorization-

c. Super users will be able create and save query only if its name starts with “Z7S”.

5. It should be noted that nobody should create 3.x queries following above naming convention.

Option 3- Apply reactive workaround by doing reverse migration of queries which were migrated to 7.x

It's really informative and  best approach.

Really useful in times of crisis.

Proactive approach (combination of option 1 and 2) seems to be really useful. Good work!

If we follow approach as in option 1, we don't need option 2. As in option one we can provide access to restricted set of users by using Z table --check step3 🙂 .