The SAP Palo Alto office turned into a workspace for 60 middle schoolers last week who were there for GIRLsmarts4tech, a workshop on computer science and technology. There was a flurry of activity in the rooms, otherwise used for customer presentations, as they became classrooms for the day.

The girls, between the ages of 11 and 13, had a packed day with hands-on sessions where they learned how to make music on their computers, create web pages, program games, and even design user interfaces. The aim was to jump-start students’ interest in computer science by getting them to see the technology behind the things they use every day. 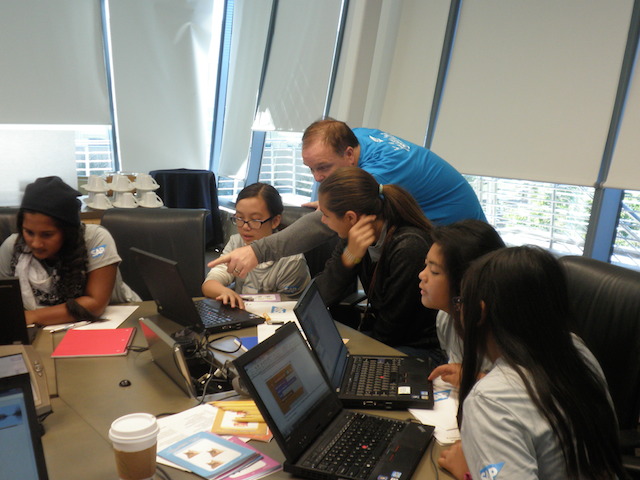 GIRLsmarts4tech took place first in 2013 at the SAP office in Vancouver. Developed in collaboration with the University of British Columbia, the workshop was a success with the often hard to engage middle school students. SAP employee volunteers organized it in Palo Alto last week as part of the company’s month of service.

In the opening address, children’s book writer and librarian Walter Mayes spoke to a bemused group of faces about how technology could bring their imagination to life. From solving their math homework to sending something to space, technology can make it possible. 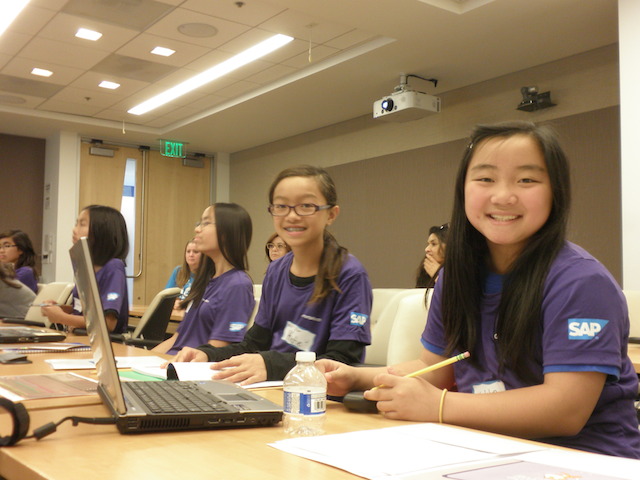 Developing the next generation of technology innovators requires multiple engaging experiences. Introducing children early to the exciting possibilities in this field is the very first step and this workshop looked to do just that. 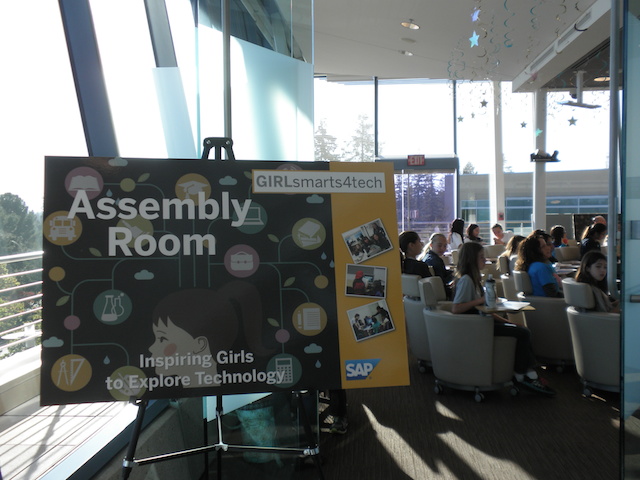