How to restrict F4 help for more than one SAP BI Report?

There are documents already published on how to restrict F4 help values in BI Report queries. But in case where you have to do this for more than one query we can make this dynamic and same BADI implementation can be called for all the reports for which this is required.

So for example this first level of hierarchy is Department.

Department will have Values as below

Now if the user enters Department 1, for division F4 help he should only see below values

Now this has to be done for many reports.

We can create a parameter table in SAP BI and call it  “ZBI_F4_HELP”.

Below will be the fields in the table

I_Query = Technical Name of the Query

The screenshot below shows the sample entries.

The code in BADI will look something like below.

We first read entries from the parameter table ZBI_F4_help for the given query.

Now we have to read the relevant row for the given info-object and populate variable values accordingly.

Sample code is given below for 2 levels. The values for second level is read from material master. 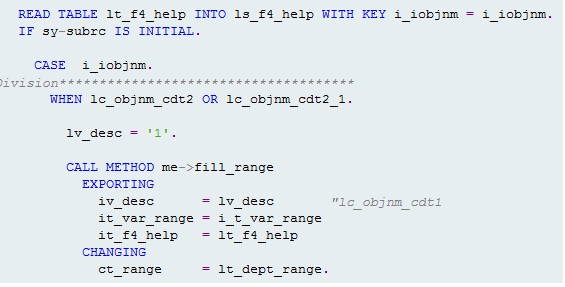 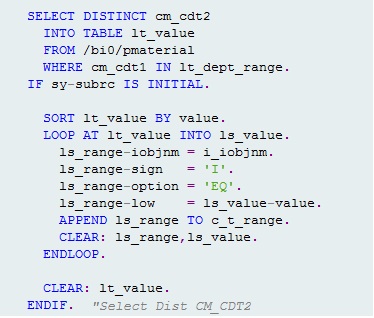