The Shocking Truth About The Influence Of Colors

Determining human behavior through colors dates back thousands of years to the Egyptians who holistically embraced the power of color for cures. Some of their findings, written on papyrus, dating back to 1550 BC conclude:

Today, this power holds true in many ways…

Medicine/Food: The color of placebo pills factors into effectiveness as “hot-colored” pills are more effective as stimulants while “cold-colored” pills are superior as depressants. And think about the effects of color on your food choices. When’s the last time you chose the grey salmon over the deep red one? The old adage “we eat with our eyes” is known by many corporations and they’ll often add food coloring chemicals to give the impression of a certain taste.

Sports: Research conducted during the 2004 Olympic Games showed that competitors in taekwondo, boxing, and wrestling who wore red clothing or body protection had an increased chance of winning. There’s also a correlation in soccer. Since 1947, English soccer teams wearing red kits have been crowned champion more often than suspected on the basis of the proportion of clubs playing in red. 10% more goals are scored in red, and England hasn’t won a World Cup since the last time they wore the confidence boosting color…back in 1966.

Business: Color plays a vital role in purchasing decisions and brand recognition. Customers generally make purchase decisions within 90 seconds of interaction with a product and about 62-90% of judgment is based on color. Choosing the color of a logo is a bit more complicated, but studies show that the most crucial factor is the relationship between brand and product. This is determined by whether or not the color coincides with what is being sold (for instance, there aren’t any gun companies with a pink logo).

Surveys in the U.S. and Europe indicate that blue is the color most commonly associated with harmony, faithfulness, confidence, and imagination. It’s also the most popular color, chosen by about half of all men and women as their favorite.

The Blue Light Special For Law Enforcement: In Japan, blue lights were installed at the Uchihara Train Station to thwart would-be jumpers. Shockingly enough, studies have shown that suicidal incidents were reduced by 50% in these areas thanks to the calming effects of the lights. In Scotland, one town decided to improve the ambiance in a popular shopping district by switching the lighting to blue. Much to their surprise, crime went down considerably and it’s attributed to the universal correlation between blue and police – influencing potential thieves to the notion that they’re surely being watched. Much to the chagrin of the metaphor “feeling blue” – a calming stimulus was also attributed to the reduction in crime.

While the influence of colors on the subconscious mind may not be as brainwashing as The Manchurian Candidate, it is clear that colors deliver commanding subliminal messaging in many different ways. I just hope that those in need of control at all times can embrace it, rather than wishing they were colorblind.

Have you noticed any specific affects that colors may have on you? Perhaps it’s time to dig up that old mood ring from childhood for some answers. 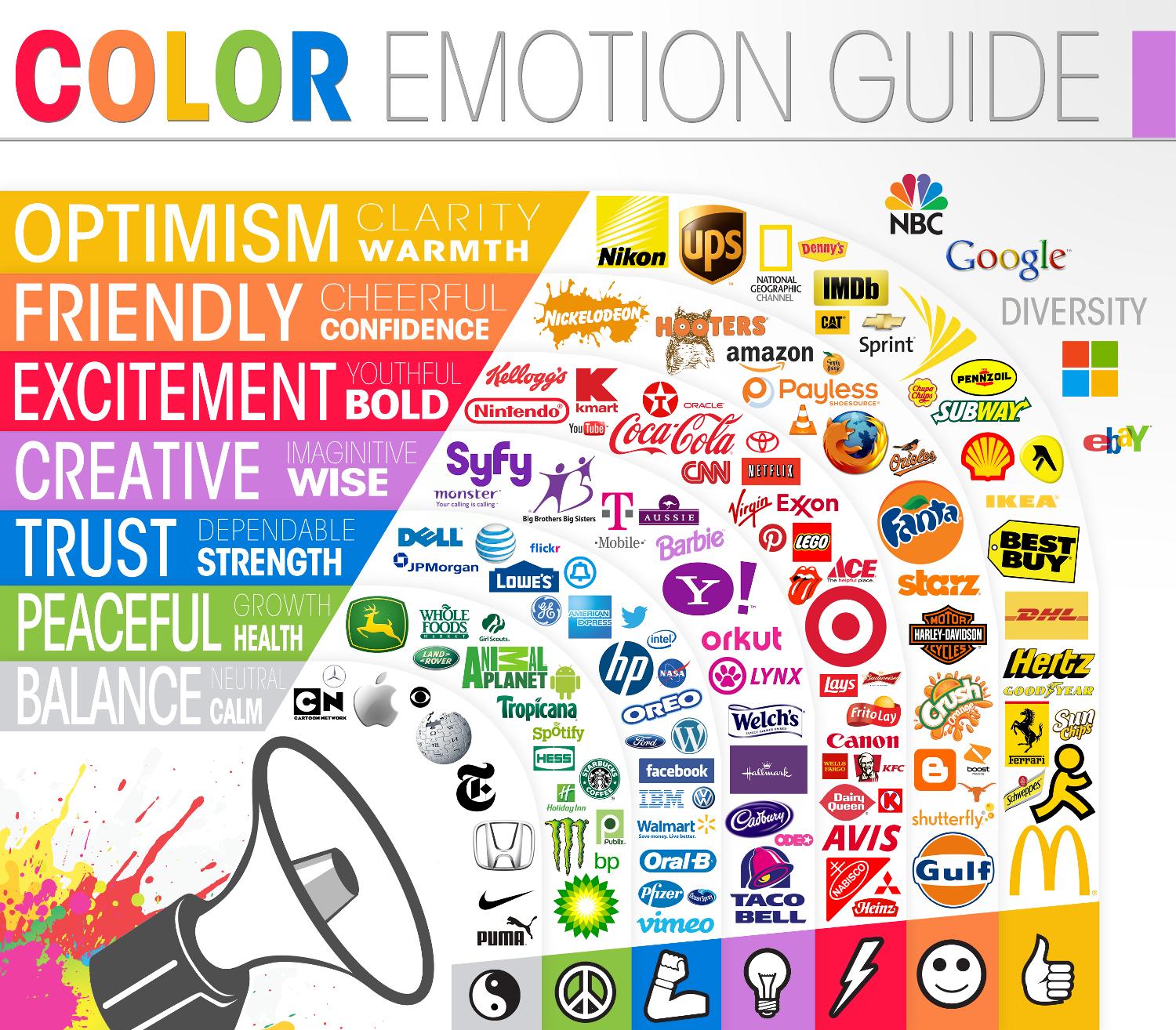 So this is the sort of trend that designers and developers in the User Interface Technology and SAP for Mobile  and SAPUI5 Developer Center space who are looking to use the UI Theme Designer need to keep in mind?!

I sure hope so! Even the minor difference between the two previous SAP logos, tell a story:

- The bright gradients of blue appear much smarter, and friendlier than the one before. It's much more keen toward the digital market as well.

- The blue color represents strength, determination, innovation, and a bright future of the brand

- And did you ever notice that the "A" in SAP, is smiling at you?

Powerful stuff for marketing/advertising - and surely just as powerful for developers to keep in mind. I wonder how often the two teams collaborate during the design phases?

Ryan, timely post! With the evolved logo introduced today, the smile of the A is even more pronounced. And the SAP Gold focuses on optimism.

And optimism makes perfect sense, especially with a mission/vision to not only help businesses run like never before, but also improve the lives of people everywhere. All of that... and it looks pretty cool.