-What are they and what not-

During these days Google Glass can be found in every newspaper or e-paper. The media
are naming the technology as augmented reality. Nowadays Google glass acts
obviously  as a synonym for Augmented Reality or virtual Reality short “AR”/ “VR”.

But Google glass is not augmenting the reality since it is just adding some information on
a contextual basis as it is known from Google now. It is just provisioning the
information right in front of your eyes on a fingernail size monitor via a prism.

So, having said that let’s just dig deeper in the buzzword above and shed some light on
them.

What Wikipedia says  about it:
“Augmented Reality (AR) is a live direct or indirect view of a physical, real-world
environment whose elements are augmented (or supplemented) by
computer-generated sensory input such as sound, video, graphics or GPS data.”

This is an exhaustive definition but what does that mean for a device?

One of the rather well known AR apps which have even a use case for everybody
especially travelers is WordLens. WordLens provides an overlay over that
cameras picture and replaces in real time the written text on a sign or menu in
foreign language with the desired language the user understands.

There are AR goggles available too, which cover the entire visual field of the
user and provides a seamless overlay.

Have I mentioned that the developer of Word Lens, Quest Visual, was acquired by Google
earlier this year? 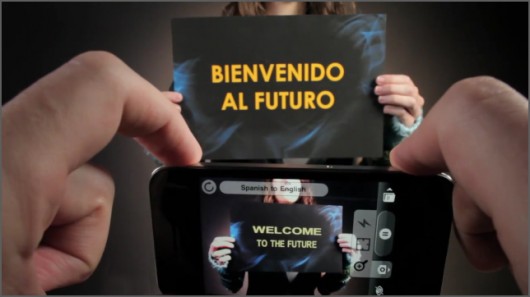 AR provides an overlay over a camera picture with new/added/interpreted
information in real-time.

What Wikipedia says  about it:

“Virtual Reality (VR), sometimes referred to as immersive multimedia, is
a computer-simulated environment that can simulate physical presence in
places in the real world or imagined worlds. Virtual Reality could recreate sensory
experiences, including virtual taste, sight, smell, sound, touch, etc.” In this

short explanation we will focus on visual experience only.

As the definition says, it is about simulation. That means a “new” environment is
created. You look through goggles which are sort of isolating you from the real
world (therefore it is called virtual) and delivering a stereoscopic picture to
your eyes. This picture could be a movie or an interactive game, or a
combination of both. The border begins to blur.

An exampleof a VR goggle:

The cheapest way to experience VR was launched during Googles I/O in June 2014.
Let’s call it a VR Adapter to a smartphone made from cardboard (and some other things, 20$)
https://developers.google.com/cardboard/

VR provides a picture with visual
information generated from a computer or player. Not necessarily from
the surrounding… 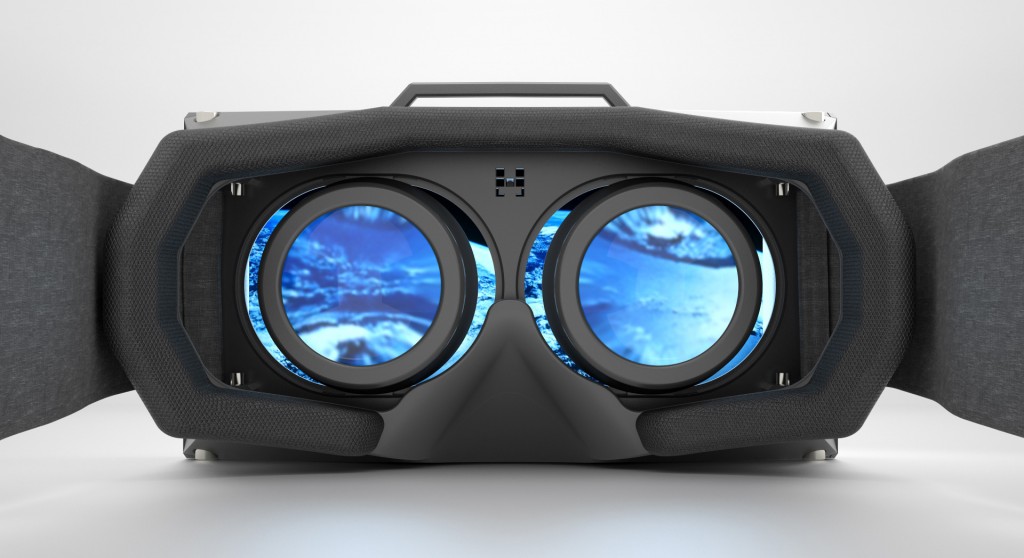 What Wikipedia says  about it:” Google
Glass is a wearable computer with an optical head-mounted display (OHMD).
It was developed by Google with the mission of producing a
mass-market ubiquitous computer. Google Glass displays information
in a smartphone-like hands-free format.  Wearers communicate with the Internet via
natural language voice commands“

So, what to say. It looks a bit that Google glass is a bit more than a Monitor and a bit
less than a  smartphone. Or at least say
Google Glass is different. It enables you to snatch information via a little
monitor which is attgoogle glss like

ached to a frame. (available with prescriptions too) These
information are context based and use the usual suspects to receive
Information. (Google now, etc.) Since there is no clumsy keyboard the Device
can be controlled, or let’s say commanded via voice. How good Googles voice
recognition technology is working today can be experienced with google now.
(works on Apple devices, too.)

Google Glass provides visual information generated from a device like a smart
phone. It is not covering the entire visual field as is does AR devices. Google
Glass is containing a camera as well, which can lead to some resistance on your
counterpart in a conversation. 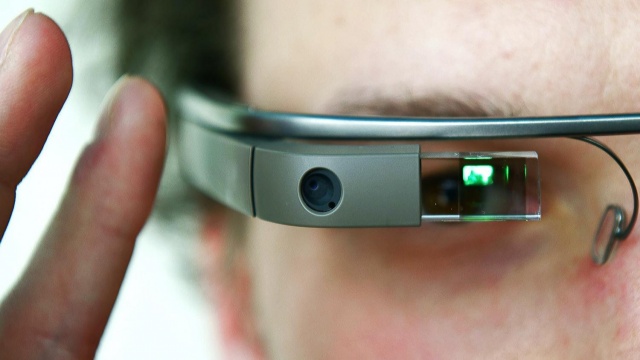 How are the technologies applicable to SAPs customer?

The devices can be used for Telemedicine, Service operations and display
devices for SAP Visual Enterprise Viewer, etc…… Be creative with your customer!

Definitive use cases for Augmented Reality Devices or Google Glass like devices
are in the Field Service Area where technicians are supported with relevant
information about the device they are currently servicing. This information can
be sketches or handling and repair instructions.

In Warehouse Management it can be helpful to provision the picking personnel
with the picking list or make them aware of hazardous substances they are
currently handling.

My opinion on that:

Every of the above mentioned technologies will have their use cases in future. When the
technology will mature and the devices will get cheaper the advertised ubiquity
will become true. The path for Google seems to be that the tiny monitor will
expand in field of observation and will shrink in design size. So the Google
Glass and Virtual Reality will merge/blur in future always depending on
technologies, adoption and app-ecosystems.

Stay tuned,
it will be interesting the next few years…

thanks for the introduction an pictures

with the glass we can see 3d animated instruction manuals from saps visual enterprise, if this does not help: we call an 'expert on demand' with a videoconferencing app from swisscom (vidia) so the specialist back home can see 'over the glasses' camera what happens onsite an share his experience.

i am looking forward for more usecases