Why Car Makers Are No Longer in the Transportation Industry

Every industry is rife with reinvention as advanced technologies emerge. Not satisfied with producing bespoke series like Orange is the New Black and House of Cards, Netflix will become the first online content provider to premiere a feature film — the sequel to “Crouching Tiger, Hidden Dragon” – on the same day it’s released in theaters. Amazon just announced the opening of a brick-and-mortar retail store in New York City just in time for this holiday season, offering a more streamlined omnichannel shopping experience. The Internet of Things is already improving safety in industrial machinery settings using cloud-based technologies. 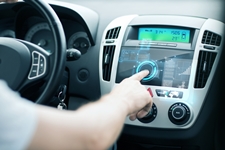 The automotive industry is no exception to similar changes. Audi recently became the first automaker awarded a permit from the state of California to test self-driving cars on public roads. Electric vehicles sales topped a quarter of a million in the United States last month. General Motors announced that it will offer a high-speed 4G LTE wireless connection on most of its 2015 models.

Like many industries, car manufacturers are morphing into service providers as companies realize that consumers aren’t paying for the product alone. Moreover, a lot of people would rather be doing other things than driving. The AAA Foundation for Traffic Safety report the number of cars purchased by people aged 18 to 34 fell almost 30% in the last decade. While many react to self-driving cars with skepticism, millennials are expected to embrace them. They’d rather spend their time getting things done online (or not) than driving a car. And who can blame them?

These are topics that have everyone buzzing. For example, about 10,000 people are converging in Chengdu, China, November 11-14 at the Michelin Challenge Bibendum Global Summit to explore what happens when industries collide, in this case, for the greater good.

Michelin describes the event as a “Think Act Tank,” dedicated to “fostering sustainable mobility to improve people’s lives.” To be sure it’s a lofty goal, but advanced technologies are creating business networks that are turning science fiction dreams into reality faster than most people realize. Technology can help solve some of today’s toughest challenges from global health and safety to traffic congestion and environmental pollution. On hand to participate in the brainstorming will be car manufacturers and suppliers, public transportation companies, local and central government and utilities, and companies like SAP.

“The vision of fostering sustainability to improve people’s lives is aligned with SAP’s goals to improve people’s lives and make the world run better. We are investing in these areas that touch everyone, including smart cities, reducing pollution, car accident prevention, and giving customers an end-to-end experience when they use products and services,” said David Marchesseau, Vice President and Head of Discrete industries, EMEA at SAP.

Attendees will be able to experience first-hand how SAP’s analytic solutions support mobile sustainability by boarding the company’s Big Data Bus, essentially an interactive showcase on wheels that’s touring the globe. SAP has also invited developers and designers to submit entries for its two-day Hackathon developer contest, and expects to have companies from its SAP HANA Start-up Focus Program competing at the event as well. In addition, SAP is hosting workshops on smart grids and logistics, traffic management, autonomous driving, and factories of the future, otherwise known as Industry 4.0.

The Michelin event is about the promise of mobility at its broadest and deepest level. As a result of this kind of innovation, many organizations founded in the last century are facing one of the most important questions they’ll ever answer: what business are they in now?