Marriage Made in the Cloud 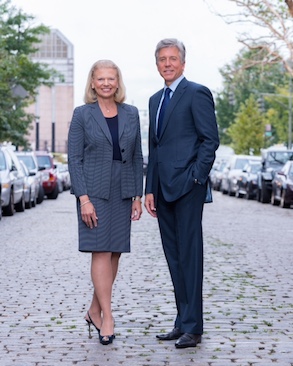 SAP and IBM are renewing their vows. The two IT industry leaders which have worked together for 40 years, announced a new partnership today that marries SAP’s cloud-based business software with IBM’s global IT infrastructure.The new partnership is designed to accelerate the deployment of SAP’s HANA technology and cloud-based business apps using IBM’s global network of more than 40 shared data centers.

It will enable SAP’s customers anywhere in the world to move more quickly from traditional software running on their own hardware systems to the new cloud computing and subscription-based model and SAP’s business applications.

“We are excited to extend one of the longest and most successful partnerships in the IT industry,” said Bill McDermott, SAP’s chief executive. Ginni Rometty, IBM’s chief executive, added, “this announcement is a significant milestone in the deployment of enterprise cloud.”

The partnership will consolidate SAP’s position as the largest provider of cloud-based business software and services to companies of all sizes, and provide end-to-end services such as ‘a bank in a box’ to specific industry segments.

The agreement comes as emerging cloud software providers grapple with the escalating capital costs of building and operating a secure global cloud infrastructure, and meeting local customer demands for data privacy and protection in the wake of the Edward Snowden’s revelations.

“The level of capital expenditure needed (to build new data centers) has grown exponentially higher since then,” said Garman.

Under the agreement, SAP will be able to leverage the more than $7 billion IBM has invested since 2007 in 17 acquisitions to accelerate its cloud initiatives, including its $2 billion purchase of SoftLayer last year.

As part of the deal, SAP will expand the availability of its HANA in-memory computing technology within IBM’s data centers.

“SAP brings the power of real-time through in-memory computing capabilities of SAP HANA,” the companies said. “IBM brings enterprise depth and the open architecture of IBM Cloud Managed Services and SoftLayer — enabling customers to securely manage SAP workloads from trial to production on a consistent infrastructure, with transparency and control over where data resides.”

Under the terms of the agreement, SAP will continue to offer its cloud-based business apps to customers while IBM will function as a subcontractor to SAP. SAP said it chose IBM as its premier partner for delivering its HANA Enterprise Cloud services after a lengthy study, based on factors including global scale, security, data privacy, and price/performance.