Why There’s Nothing Juvenile About Teenage Entrepreneurs

Think about it. A 17-year-old girl wins the Nobel Peace prize becoming the youngest person ever to receive the prestigious award. The cover of TIME magazine features a teenage activist in the democracy movement in Hong Kong. Vogue magazine coins a new term, featuring a generation of “InstaGirls” on its September cover. And staff at Nike’s megashop on Oxford Street in London wear t-shirts emblazoned with the slogan Youth is Our Energy.

There’s no denying it: A youthquake is shaking the world. Companies and organizations are signing them up as brand ambassadors faster than you can say Snapchat. Their ideas are infectious; their enthusiasm viral, their stories instantly shared.

Some of these “remarkable disruptors” performed and presented at TEDxTeen in London on October 12, hosted by 15-year-old Scottish singing sensation Tallia Storm (below). 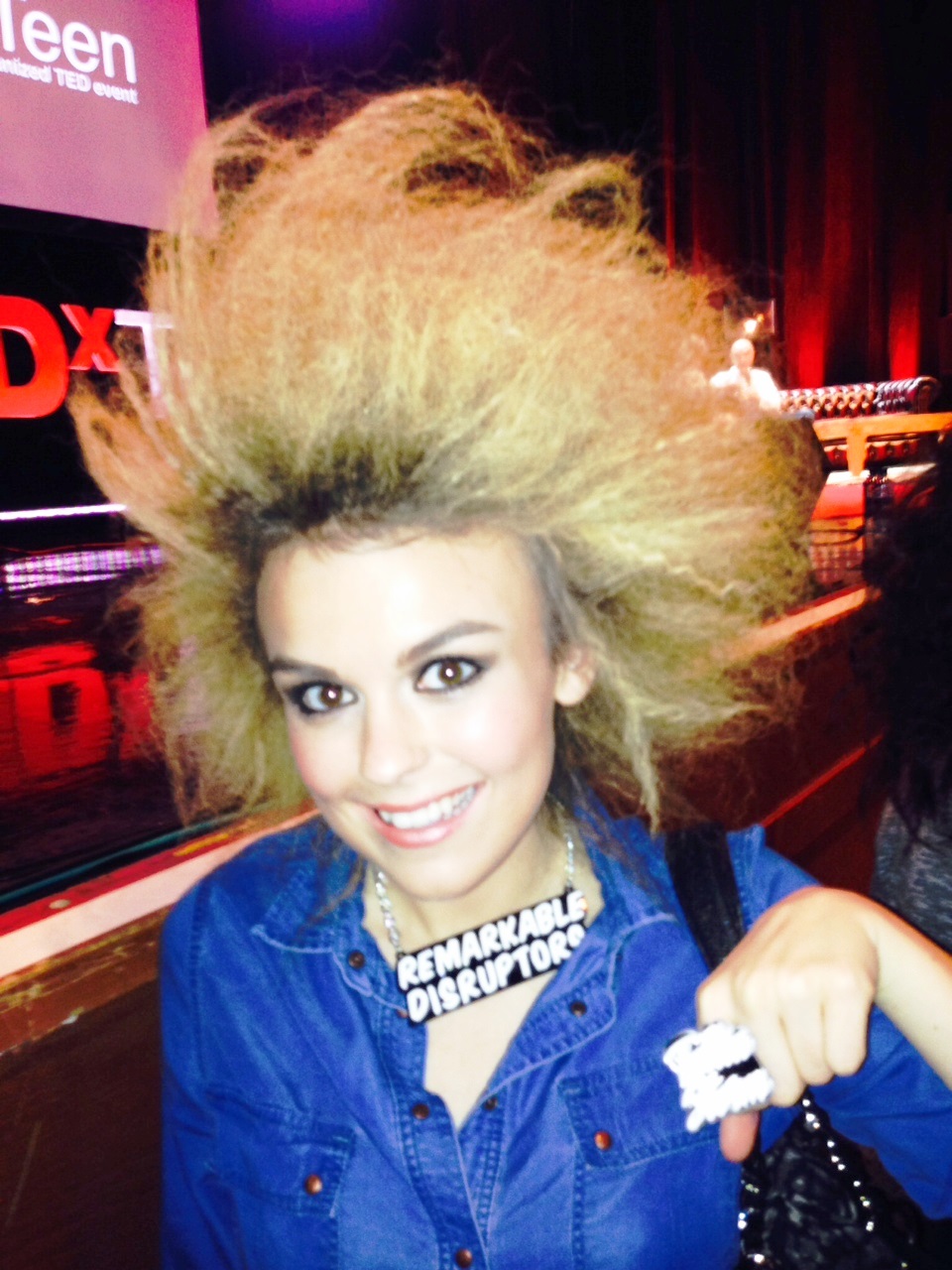 James Anderson, a 17-year-old entrepreneur, launched Thinkspace to teach young people how to code. Frustrated by the fact that students had already made career plans by the time his school got around to teaching computer science, he lobbied his school to create and outfit a physical space where students could code til they drop. The idea sparked a flame that caught fire in the the IT industry, leading to endorsements and the support to build a community. But James didn’t stop there. His next brainchild is Space Lounges. Again, frustrated that the fusion of the digital and physical shopping worlds had not yet happened, he realized he wanted to “disrupt retail” and found a backer in Microsoft Ventures London. “Children are learning to code,” he said in his talk at TEDxTeen. “Every transaction will soon be on your mobile and retailers are playing catch-up.”

Upset by the suicide of Tyler Clementi and other teen victims of cyberbullying,14-year-old Trisha Prahbu decided to do something about it. Rethink, which started life as a science project, will give young people the opportunity to do a quick sanity check on their social media posts, reminding them that the post could potentially hurt someone. “The adolescent brain has no brakes,” said Trisha, whose prototype was a finalist at the 2014 Google Science Fair.

In his denim shirt and glasses, Erik Finman played the geeky adolescent when he took the stage. He decribed his former self as C-student “too scared to go to school” adding, “I shivered when I saw a teacher.” Then he went to the top of his class in physics because of a teacher who motivated him. After reading Without Their Permission by reddit co-founder Alexis Ohanian, Erik invested a US$1,000 gift from his grandmother in Bitcoin and struck pay dirt. His start-up, Botangle, connects instructors with students on a virtual platform in an environment that encourages experiential, rather than passive, learning. Erik’s challenge to the audience: “Do something for a day to sample your passions.” 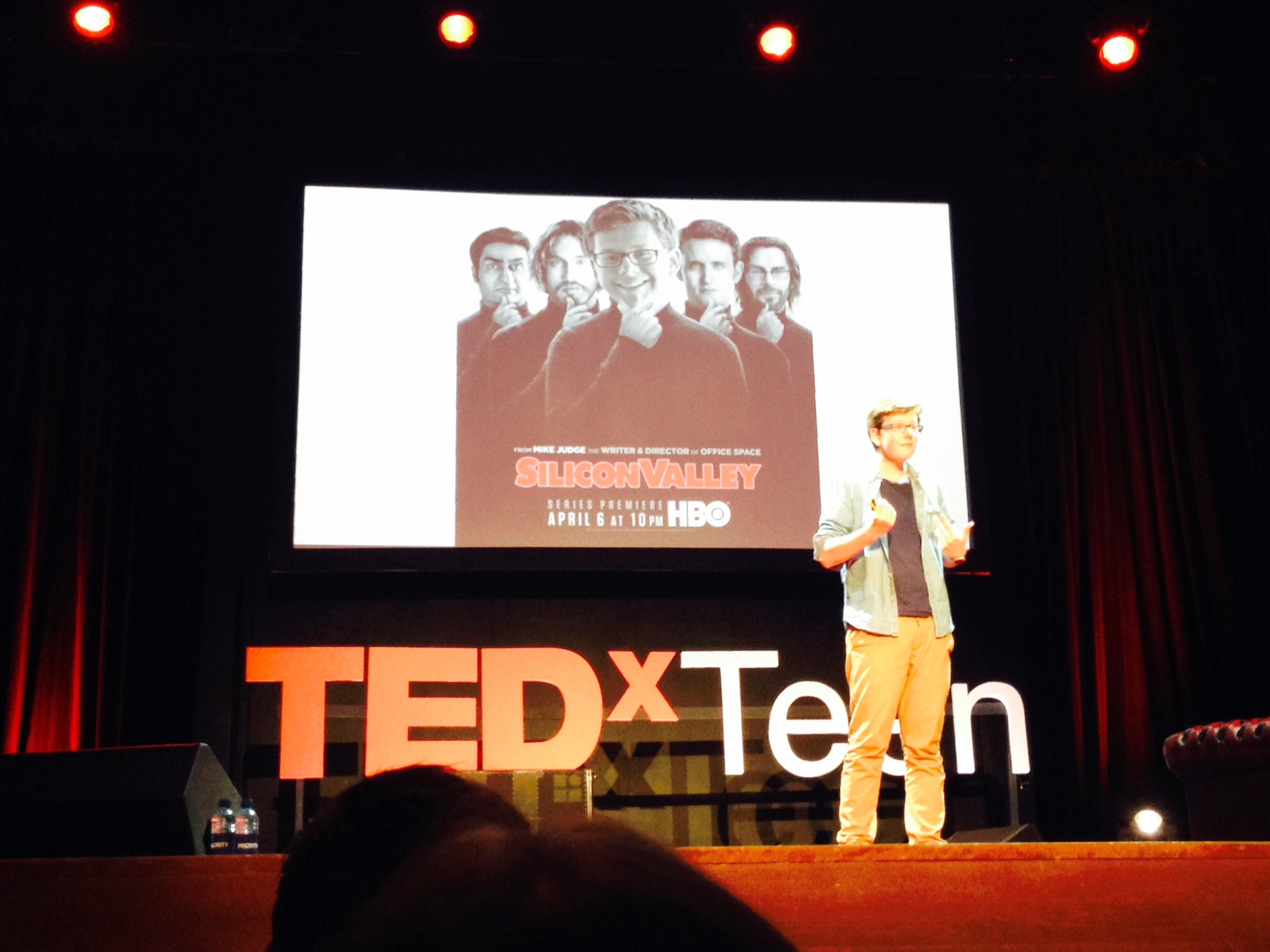 Part club, part conference, TEDxTeen is more than just a day of inspirational presentations for an audience of young people. This event – broadcast via livestream – combines the spirit of start-ups with the vibe of an artsy day camp (brown bag lunch anyone?). Question is, how many of the young people in the audience, whether live or online, will take up the challenge and become the entrepreneurs or remarkable disruptors of tomorrow? Malala didn’t need a platform. She just did it. It’s a youthquake and it’s happening from Hong Kong to Heathrow.