Series: Get the Gist of Design Thinking – Part 2

Part 1: Why You Should be Excited About Design Thinking

We recently worked with one of the largest automotive organizations to help them overcome challenges with their operational efficiencies and sales reporting. During the initial discussion, it became evident that the challenge statement was too broad and there were many unknowns. The Design Thinking framework enabled us to research the exact pain points, engage with the users, co-create conceptual designs as well as assess future recommendations for technology and infrastructure. The entire process was completed in just three days. 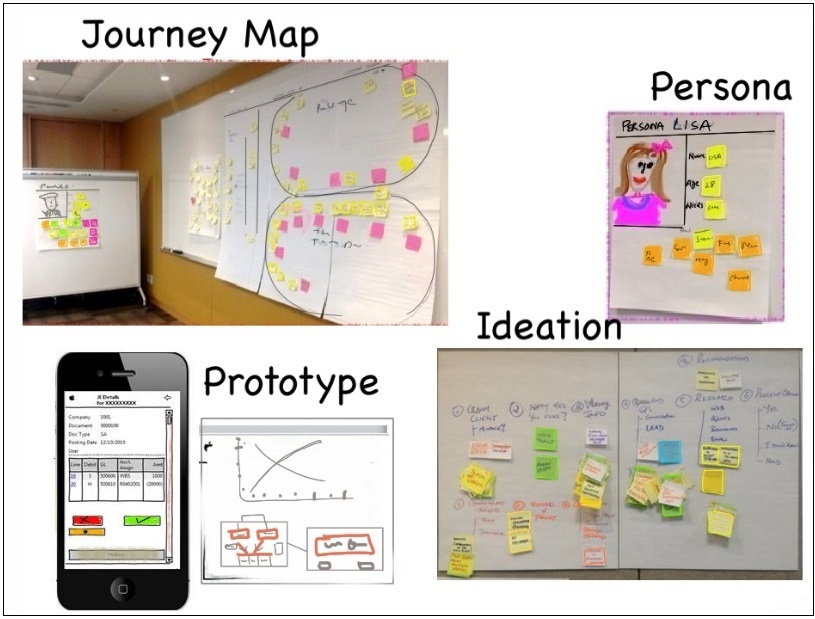 The first step was to briefly discuss within the group their challenge statements.

In this phase, we conducted a quick yet clever investigation to gather facts and to seek alignment. Unlike traditional IT projects where consultants go through thousands of current state documents-  we conducted interviews and observation sessions with a diverse group of users including business process experts, IT experts, managers, as well as some users who were not system savvy. The user interviews involved learning how users did their day-to-day job and about their challenges.

Once the interviews and deep hands-on research was completed, we executed the rest of the design thinking phases.  For this, we used a creative space with white boards, flip charts and sticky notes ( eliminating the use of laptops and power point presentations). Setting up a creative space allowed users to freely share ideas without being influenced by political-dynamics.

We asked key players to think about the journey maps of the process. The fictional characters of those key players, known as personas, were particularly useful in mapping an emotional journey of the process.  A persona description might include:

After the story telling phase, we drew a high level journey map of the process by clustering insights. At the end of this stage, we had a clear view of the overall process along with the key challenges for each persona.

During the brainstorming phase, the users asked each other “how might we solve the problem?“ without thinking of any system limitations. The Ideation phase involved a divergent approach with multi-functional groups of users.  We encouraged users to share their wildest ideas and to build on each other’s ideas.  At this stage, all ideas were welcomed with a focus on the quantity of ideas. 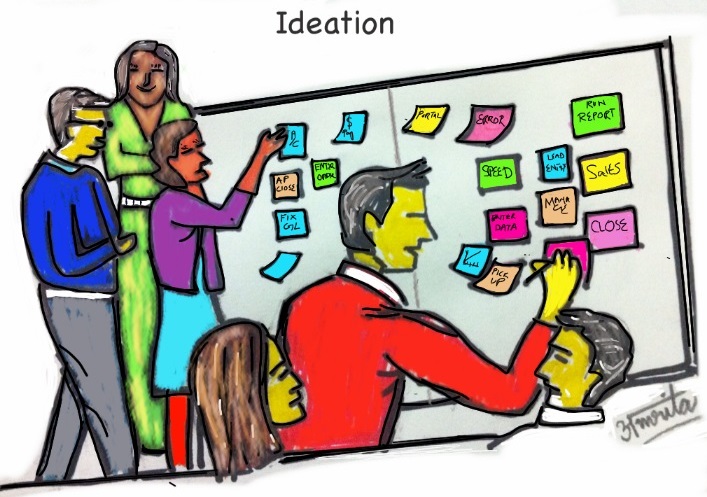 This is where the fun begins when it is time to bring the ideas to life. Co-creation with quick prototyping is the quickest way of converging ideas into low-fidelity mock-ups. We re-visited the most promising ideas and started refining those into low fidelity mock-ups.

As we did not capture every single detail in the low fidelity mock-ups, we addressed this during the “iterative prototyping stage” of the solution build process. We utilized the basic prototypes and reviewed those with the key stakeholders for feedback in order to improve our concept. Later, we refined those using feedback and testing from diverse user groups until we got to a working prototype that we all built together.

The working prototype became the foundation of the initial development phase. 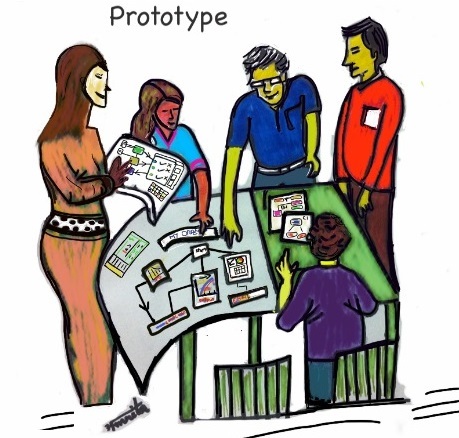