The Minimalist Guide to a Sustainable Future

The joy of giving – We’ve heard it many times, but who could deny that it’s true? In fact, giving can release the same feel-good sensation as eating chocolate. So just think, when you give, you get to experience chocolate twice but at half the calories! The joy of giving has been scientifically determined to be the result of the release of dopamine and is known as, “the helper’s high.”

There’s even more good news. The signature volunteer initiative at SAP, aka “Month of Service,” returns for its tenth year during October. It’s a month of employee volunteering, offering a range of unique experiences that focus on making the world a better place by enhancing education and helping create economic opportunities for those in need.

One example is the SAP Giving Garden, which is visible from the windows of the Newtown Square North American headquarters. As the blinds opened to let in the morning sunlight on a recent early fall morning, you could see a diverse group of people from all departments and levels of the company who were free from the encasement of offices and cubicles, and were instead culling the fall harvest. Many of them have become fast friends as they interact with each other in a way that draws out authentic commitment to those in need. The magic all takes place within what sustainability champion and garden curator David Brennfleck describes as, “an acronym free zone”. 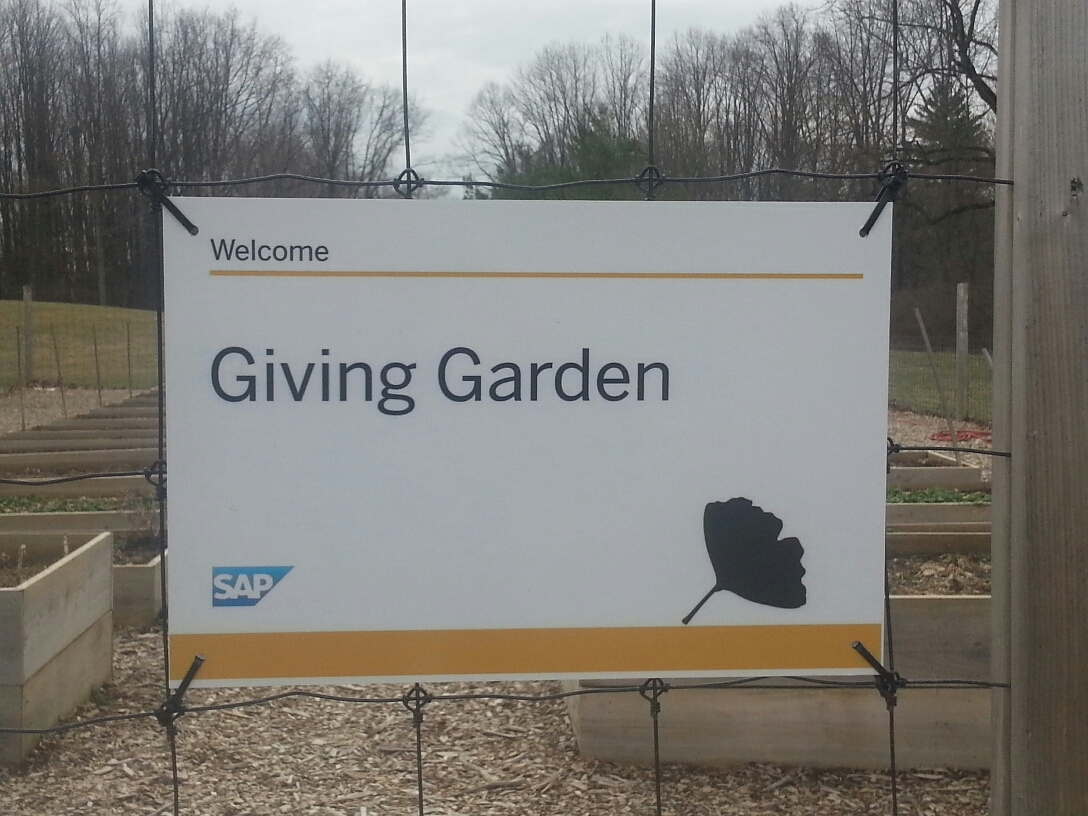 The SAP Giving Garden is part of the forward thinking at SAP that is part of its commitment to creating business solutions for a sustainable future for society and the environment. It was recently announced that SAP retained its position as the software industry lead in the Dow Jones Sustainability Indexes (DJSI) for the 8th year in a row.

Some believe that eating enough plants can heal most anything. However, the movement towards consuming more whole foods and less processed ones isn’t happening overnight, particularly with young people. As a result sudden changes in the menu at schools are often being met with resistance. But just how do we get children to eat healthier by choice?

Lisa Suriano, the founder and CEO of Veggiecation, an organization committed to promoting the health benefits of vegetables, believes that vegetables need to be marketed as vigorously as processed foods have been. She takes heart that technology now exists to allow people to grow their own fruits and vegetables at home. Suriano notes, “Hands-on experiences and fun-filled experiences inspire children (and adults) to explore vegetables through engaged learning, tasting and discovering their truly delicious qualities.”

Delicious is exactly the word to use to describe the farmers market-style harvest at the SAP Giving Garden. Recently, SAP volunteer and garden enthusiast Brandy Melewsky treated the SAP storytelling & promotions team to a beautiful tour and offered up some delicious eggplants and peppers right off the vine.

The SAP Giving Garden is always in need of additional volunteers who’d like to spend time viewing the SAP campus from a different angle, socializing, or just listening to the trees. When you’re closer to the earth with great people while helping those in need, something amazing happens. In fact, as the poet Hafez famously said, “Look what happens with love like that. It lights up the sky.”

Those interested in getting more information or volunteering with the SAP Giving Garden may contact David.Brennfleck@sap.com and Brandy.Melewsky@sap.com

That's great Margaret! David and Brandy and all of the volunteers really are making a difference!