Vastfontein: building hope in Africa – one child at a time

Working at SAP provides a privileged existence that is often far removed from the everyday struggles that are reality for vast swathes of humanity – especially here in Africa. Typically our engagements are with well-educated and well-paid managers in private and public sector organisations. We scarcely encounter the millions across the continent trapped in the abject misery that poverty brings and even when we do it is only peripherally.

The reality is stark; Africa is the world’s poorest and most underdeveloped continent – it has 14.8% of the world’s population but accounts for just 2.4% of global GDP. African countries dominate the bottom of UN’s Human Development Index; with over 25 million HIV-positive people on the continent, Africa accounts for 69% of the world’s HIV-positive AIDs population and over 17 million Africans have already died of the disease. Seven of the Top 10 most unequal societies in the world are in Africa with South Africa ranking number 2.  Almost 40% of adults in Africa are illiterate – two-thirds are women and there are fewer people with internet connections in Africa than there are in just New York City.

In South Africa a broken education system has done little to repair the damage wrought by apartheid, the economy stutters along (GDP growth of 1.3% is far below the 6 – 7% that economists say is needed to generate the kind of job creation that will put a dent in an unemployment rate of 34% (rising to 63% for Youth Unemployment)) and endemic corruption robs the populace of the services government should be delivering.

Vastfontein – an oasis of hope

But amidst this gloom there are beacons of hope, places where individuals and companies with vision, passion and empathy have stepped up to make a difference in the lives of those less fortunate. I was humbled and deeply impressed by a recent visit to one such place – Vastfontein – to which I was invited by Johan du Plessis, CIO of long-time SAP customer Consol Glass.

In late winter the South African Highveld north of Pretoria is a place of biting cold, dust and a dry, brown landscape. It is a semi-rural region of hardscrabble small holdings, squatter camps and despair. Here there are no playgrounds, libraries or swimming pools for kids. There is very little at all of the amenities we take for granted.

Into this void came one man, a local resident by the name of Johan Grobler who saw the need to uplift the local community and started in 1998 with a small Sunday school, in a farm shed, on a 17Ha agricultural plot. From these beginnings Vastfontein has flourished to become a vibrant campus housing a junior school, three homes for HIV/AIDs orphans, an Occupational Therapy center and a Digital Hub. Plans are well advanced to build a high school on an adjacent property. 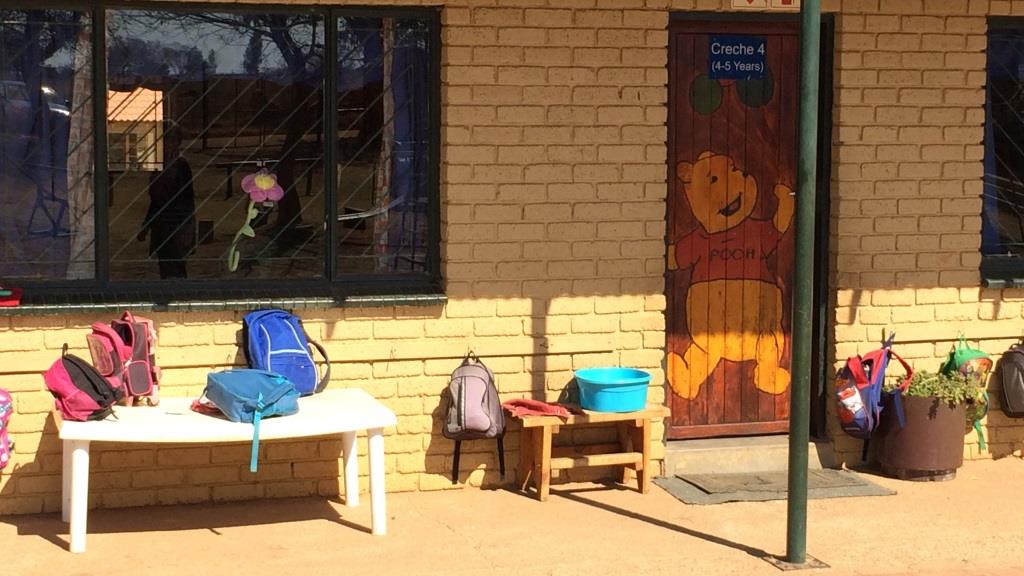 Vastfontein is now a thriving place of hope and it’s much more than just a school; it has become the centrepiece of the local community and is testimony to the impact SAP’s customers can have on peoples’ lives (much like SAP itself).

The Digital Hub at Vastfontein

Undoubtedly one of the highlights of Vastfontein is the Digital Hub, built with the support and guidance of Consol Glass and Johan du Plessis. During school hours the Digital Hub (pictured below) serves the school pupils, after hours it serves the larger community by proving such services as computer literacy classes.

The hub is built in a shipping container and is designed to provide an airy and enticing space in which the latest technologies can be leveraged to accelerate the educational process. 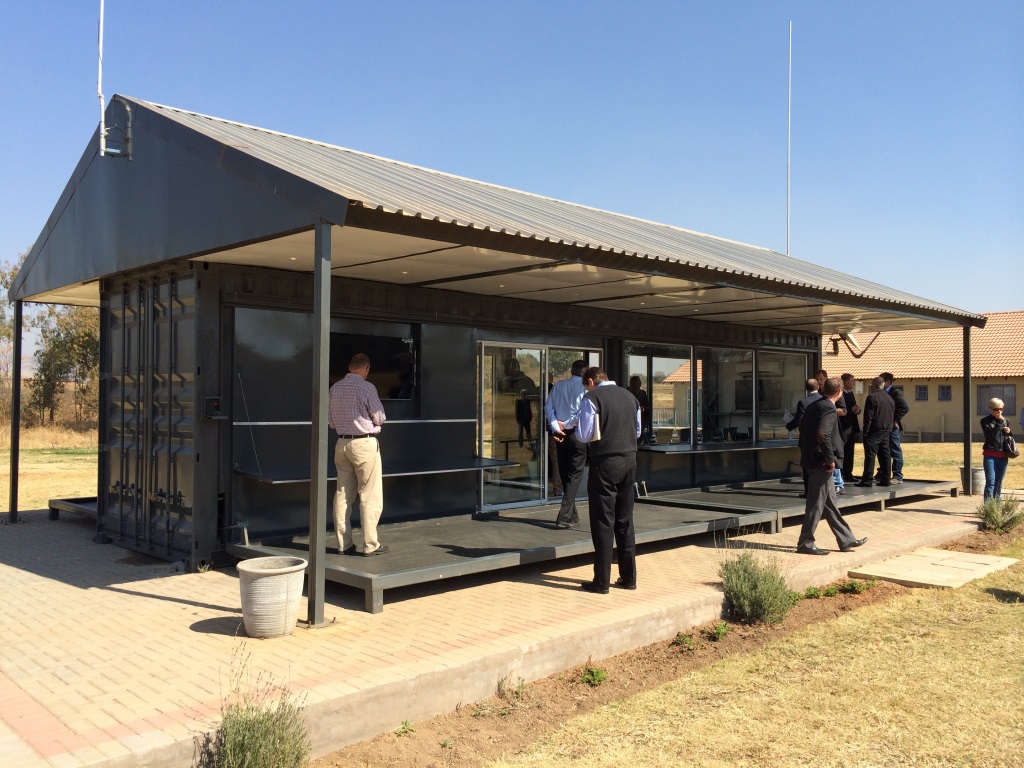 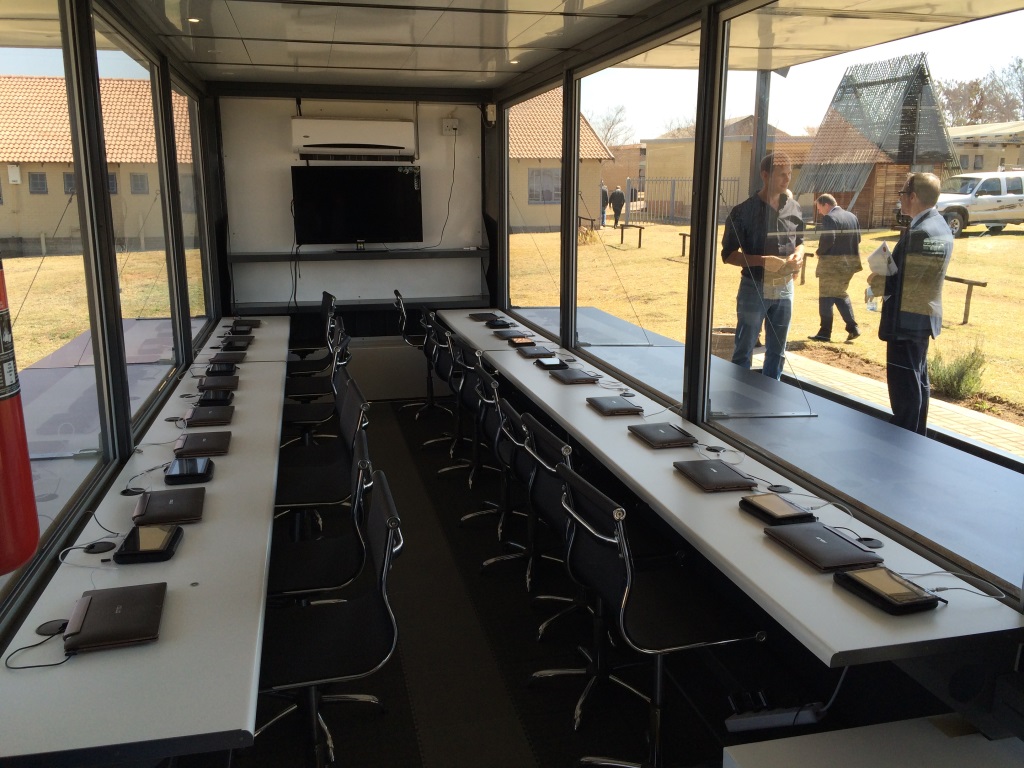 Interior view of the Digital Hub – note the tablets

Vastfontein is more than a school – it’s a community centred on human development. Its work extends beyond basic education and reflects the realities of life on a continent where Agriculture accounts for 30 to 40 percent of Africa’s total gross domestic product (GDP), and almost 60 percent of its total export earnings. The school has also baked self-sufficiency into its operations; the pupils are required to spend time tending a variety of crops adjacent to the school. This part of the project is supported by another SAP customer, this time from the agricultural industry, AFGRI. They, along with Consol Glass and others, enable the Vastfontein Vision which is to develop and synthesise Technical, Agricultural and Business skills so that students can immediately contribute to the beneficiation of Africa’s agricultural bounty.

I saw a great resonance between our SAP Vision “to help the world run better and improve people’s lives” and the work being initiated by Johan Grobler and supported by our SAP customers at Vastfontein. I encourage you to visit their website and to get involved.