How did your fantasy team perform this week?

Week 5 is a great time to reassess your team and look for opportunities to shore up underperforming positions.  I think the key to winning, luck aside, lies in exploiting the waiver wire for breakout rookies or late-draft flyers that fill up points at the flex spot.

Savvy owners – like you, can also go the trade route.  Are you in a league with some (suddenly) panicking fantasy owners because their top picks are having a run of bad games?  It’s a great time to gamble!

So who are good players to buy low right now?

I am comparing purely on matchup, upside, and intangibles. Of the 3 players the tool likes LeSean McCoy.

I want to be 100% sure, so I took Sam Ko’s strength of schedule data and updated each team’s win-loss record. 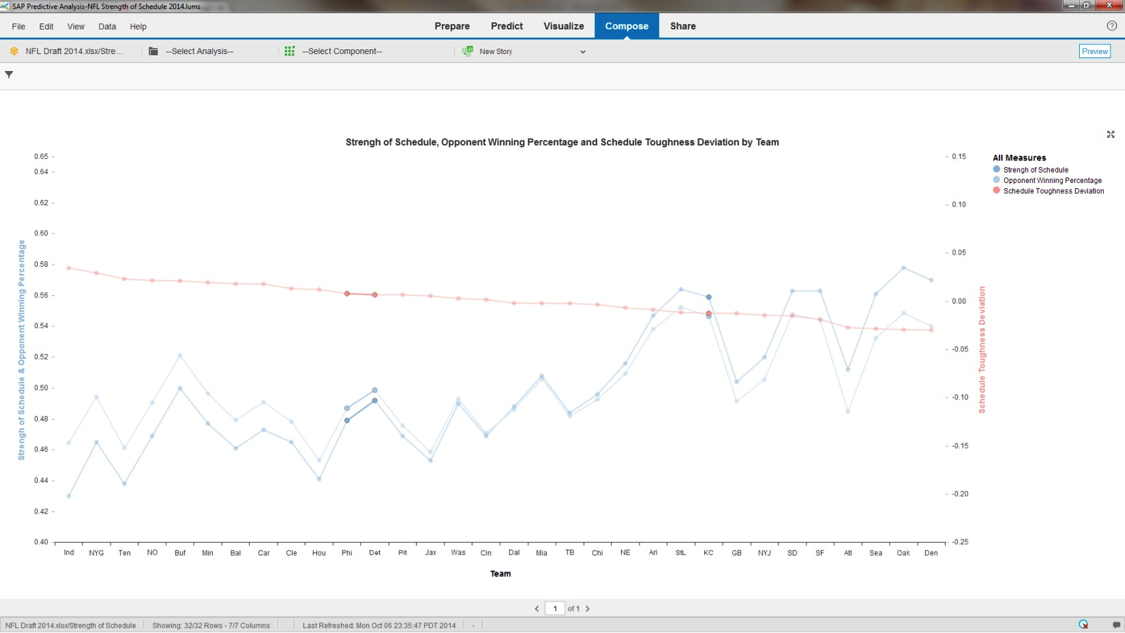 Based on current standings the Eagles play easier opponents than Detroit, and a much easier schedule than the Chiefs.  The Eagles also have a week 7 bye (some needed healing time for their MASH unit offensive line) so if you’re expecting a week 7 loss or can make up player production through waivers I suggest trading for Shady.