It will have been almost one year, 359 days to be exact since TechEd Las Vegas 2013 wrapped up. 359 days since the Platform and Technology Showcase displayed the insightful Smart Vending Machine, the innovative use of SAP HANA by the NBA, and the promise of wearable technology through Google Glass. Well the wait is over, and we have way more to show, TechEd && d-code Las Vegas 2014 is about to kick-off and it’s going to be more educational than ever. 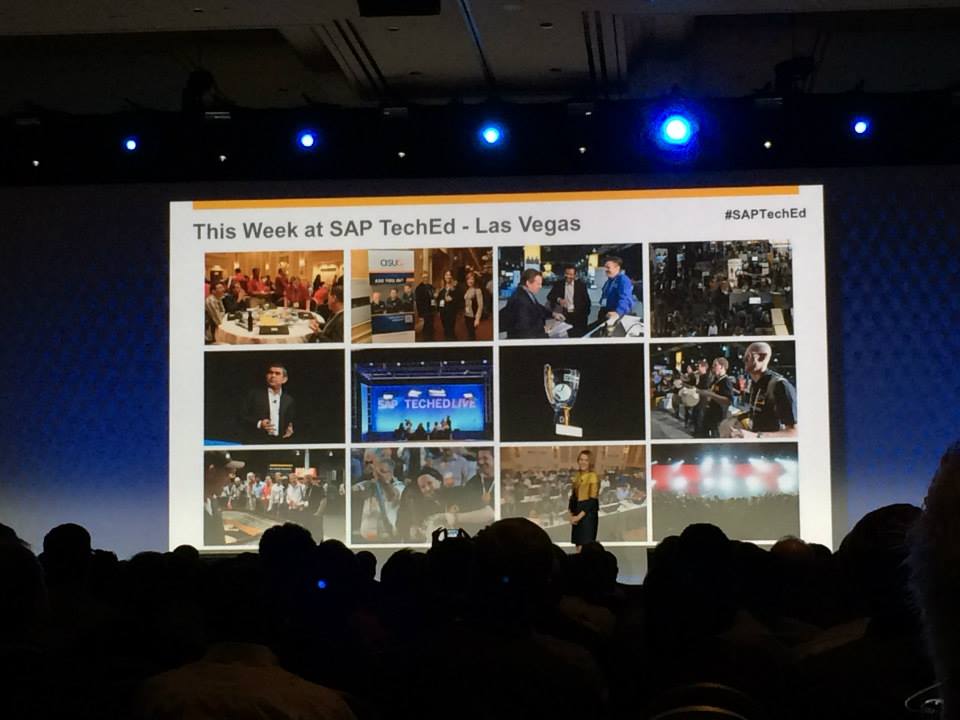 This 4 day event is packed with sessions that will cover a variety of topics including SAP HANA, Cloud, and Mobile. Whether or not you’re live at the event, you can keep up with the activities and sessions on Twitter with live coverage through @SAPInMemory and @SAPTechnology.  You can also find daily recaps of the event on the SAP HANA and SAP Technology Facebook Pages; we plan to feature short videos of the activities, demos, and booths so you won’t miss a single thing. Additionally, for those who want a sneak peek into InnoJam and the Hacker’s Lounge at TechEd && d-code, join our Tweetchat on Monday, October 13th at 9 AM PT/12 ET by following the hashtag #SAPchat.

If you will be attending TechEd && d-code Las Vegas 2014 make sure you join the conversation by using the hashtag #SAPtd and upload as many pictures, quotes, or anecdotes as you desire. After all this isn’t just an SAP event but a Tech enthusiasts event!

Where: Join the chat via Twitter stream using the hashtag:  #SAPchat & #SAPtd

How to Join the Conversation

What’s a tweetchat? It’s a real-time conversation on Twitter, 140 characters at a time. Simply log in to Twitter (you can create an account at www.twitter.com) and include the hashtags #SAPtd, #Innojam, and #SAPchat along with your comments and questions. You’ll be in the conversation! We will be monitoring the live stream, and responding with the twitter accounts @paups, @grassl, @ccmehil, @SAPDevs and @SAPTechnology.