The ABAP Core Data Services (ABAP CDS) are the implementation of the general CDS concept for AS ABAP. ABAP CDS makes it possible to define semantic data models on the central database of the application server. On AS ABAP, these models can be defined independently of the database system. The entities of these models provide enhanced access functions when compared with existing database tables and views defined in ABAP Dictionary, making it possible to optimize Open SQL-based applications. You can find more information on ABAP CDS from help documentation.

As ABAP CDS supports many advanced features like Union , Association , expression etc, it will be apt if there is an easy way to preview the result of CDS views defined  using these features. This is supported by Data Preview in AiE which contains most of feature as SE 16 and  other cool features as well. Detailed information about Data Preview can be found here .

In order to showcase the Data Preview feature, we use the DDL source example about the usage of associations mentioned in the keyword documentation.

Here two associations are defined. The initial data source in each case is the first database table snwd_so_inv_head after FROM.

or right click on the ABAP CDS from the project explorer and choose Open Data Preview. Even, Data preview can be opened by executing the ABAP CDS View ( Pressing F8 ).

After selecting the option “Open Data Preview” , it will open an editor as shown below . 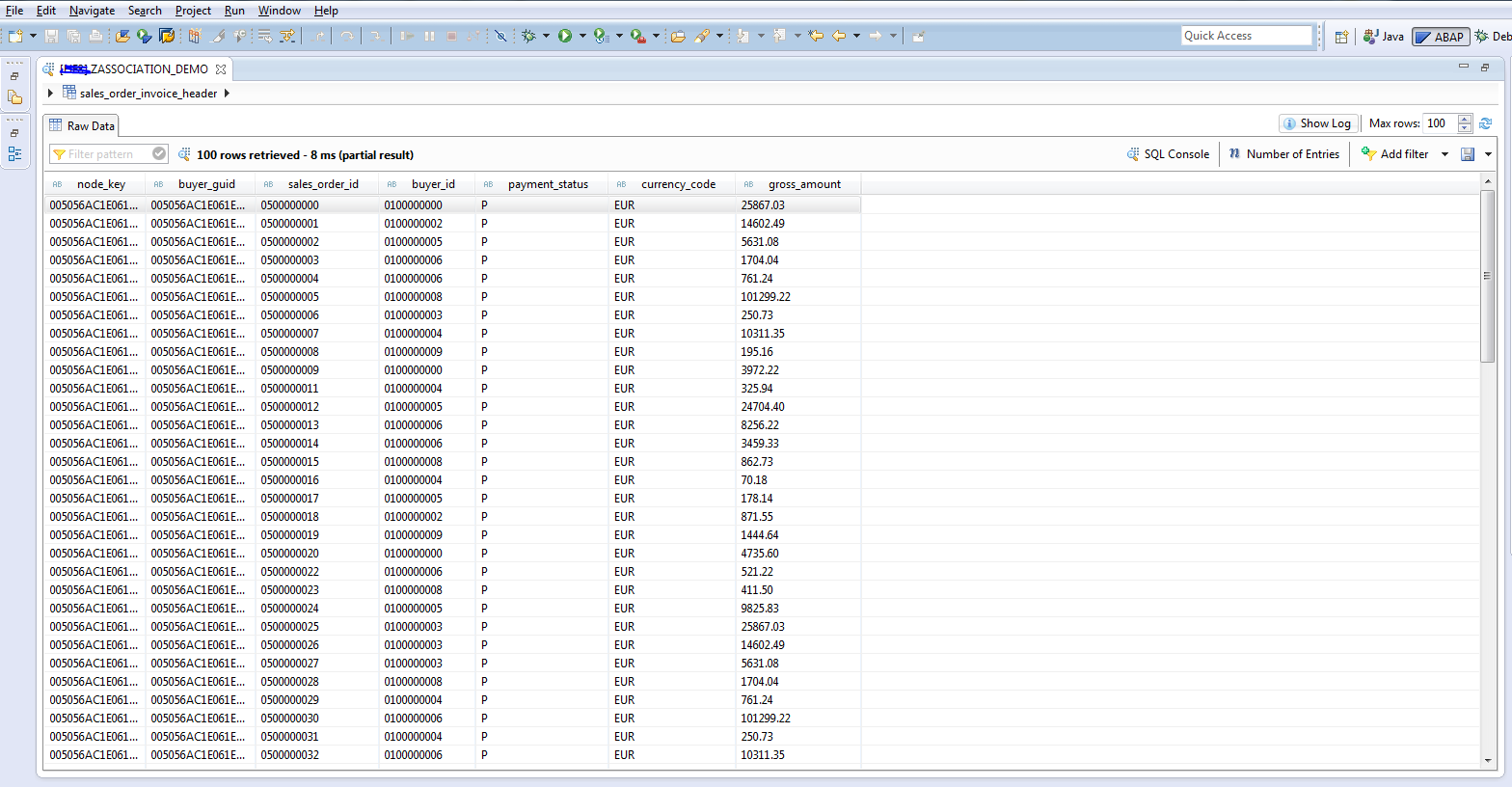 Since sales_order_invoice_header contains an association “invoice_items” and included in the projection list, it will be displayed on clicking the arrow as shown below.

The same can be visualized by selecting the row in the table and right click and chose “Follow Associations” .

Hi ,I found that 'snwd_*****' tables in my system is empty, any program can fill the tables?