Big Changes are in the Works at McLaren

There are still two months of racing ahead of us in the 2014 FIA Formula One World Championship season, yet already there is plenty of buzz about the planned changes for the UK-based McLaren Racing team in 2015. 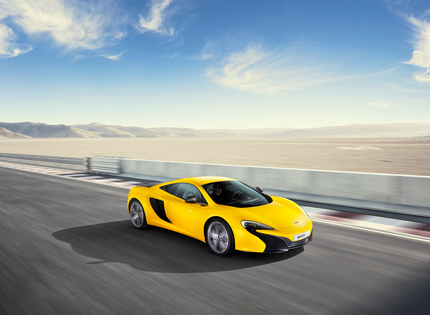 As reported last year, McLaren’s Formula 1 cars will race using Honda engines and energy recovery systems from the start of the 2015 season. This renews an association between the two companies that became one of the most successful and powerful in F1 history during the 1980s and 1990s.

Developments across the Group

But make no mistake – in addition to what happens out on the race track – there are big developments in the works all across the McLaren Group, which comprises McLaren Racing, McLaren Automotive, and McLaren Applied Technologies. And much of it has its root in the company’s racing heritage.

In a press release posted just last week, for example, McLaren Automotive announced plans for its first regionally tailored sports car – a model aimed at the fast-growing Asian market. The company says the new McLaren 625C will offer the greatest level of refinement of any McLaren model to date. Style will be combined with optimized driving dynamics through technology such as proactive chassis control and groundbreaking suspension hardware.

Then there’s the story out of McLaren Applied Technologies that describes how cutting-edge sensor technology derived from F1 racing could help save the lives of hospitalized babies. McLaren Applied Technologies has repurposed a data system used to analysis F1 racing performance by installing it on computers at a local hospital. The engineers are trying to help predict catastrophic health events such as cardiac arrests before they happen.

It’s All about Winning

The projects at McLaren Group’s various operating businesses all appear to be aimed toward one thing: winning. (Can you imagine a better win than helping to save a baby’s life?)

“There is something about the McLaren way of doing things, it’s in our DNA,” says Jonathan Neale, Chief Operating Officer and CEO of McLaren Racing. “It’s a strong, hard-edged brand that’s synonymous with winning, whether that’s in Formula 1, or sports cars, or even in our applied technologies business. Everything here is geared for one result, and that’s a win.”

Technology is playing a huge role in pursuing that singular goal – whether that’s in the race car cockpits, the design rooms, or the business offices of McLaren Group. With respect to business systems, this technology includes tools such as analytics, in-memory computing, and cloud solutions.

“It’s about shifting the odds in our favor, so that we make smart decisions,” says Neale. As McLaren executives point out, advanced data technology is helping them present the kind of information to company decision makers that is necessary to allow growth and create further innovation.

2015 could be a very big year at McLaren Group.

But let’s not forget about the remainder of 2014. There’s still plenty of exciting action for racing fans as the F1 circuit continues on to Russia, the United States, and Brazil before winding up with the Abu Dhabi Grand Prix at the end of November.

To hear more from McLaren executives about their use of information technology – and to see some really neat shots of their latest cars – go to this customers page and search on McLaren.