While looking at Data Geek Entry Blog Post on Lumira SCN. I was looking for data sets for my internal projects but then I came across to Indonesia data sets in which interested to me as this is my home country data being provided and I’m challenge on how to visualize the data sets.

So as the provided data set came with .svid extensions which is an early version of Lumira and still named Visual Intelligence. I just go ahead and open the file with my Lumira 1.19 and good things it can be open, in which then I save it as different name so it will be save in .lums which is the new extensions for Lumira.

Below screenshots is the final results of my Data Story that shows Indonesia population who lived in City and Village from 2007 – 2012.

So I am using Esri Map that already included in Lumira and also using prompt and animation to show on how the movement trending of Indonesia population from Village to City and how this trend make cities in Indonesia becoming more towards an Urban City. Using geo map we can easily visualize Indonesia is consists of many islands and the concentration of people is mainly on Java island (the lower part) as visualize on map and less population of City and Village in Central and Eastern part of Indonesia. 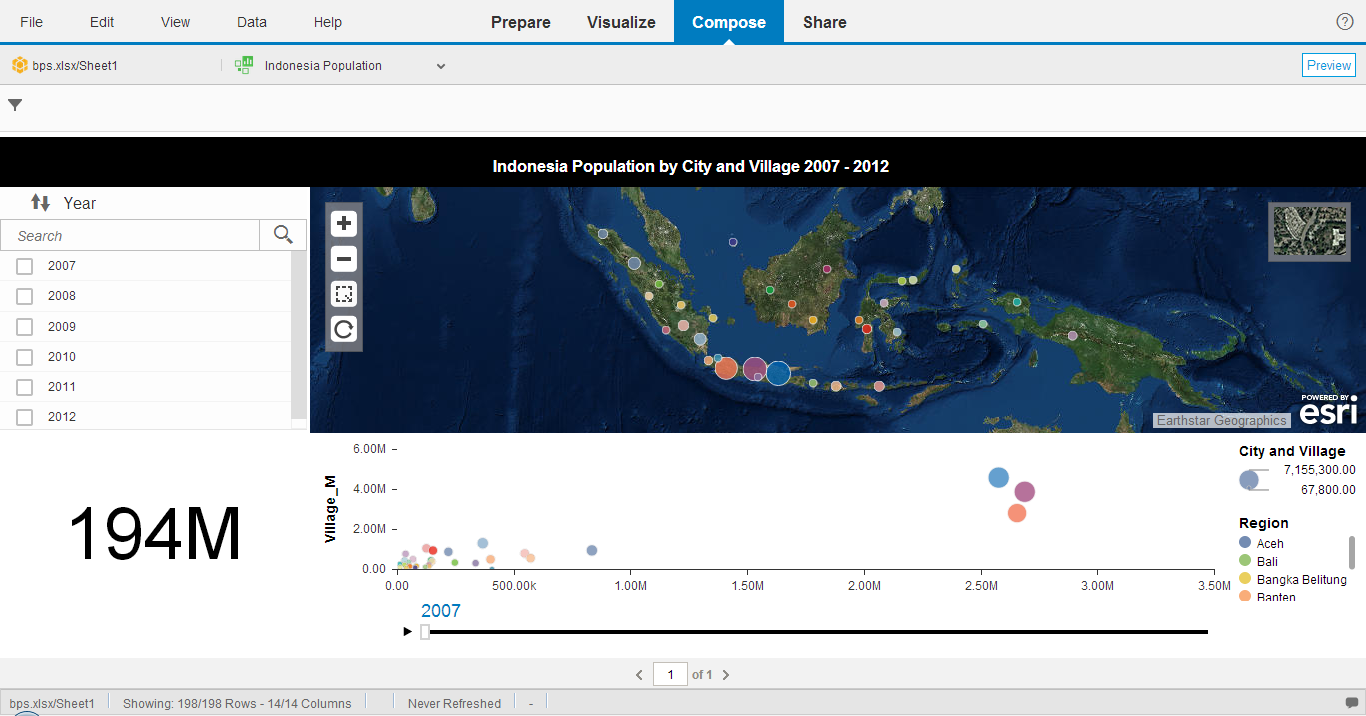