This is my first blog post on SDN. I’m from Brazil and I decided participate from challenge with a analysis of a government project.

First, I would like to point out that in Brazil we find many difficulties in having access to certain government data. Lately the governmental agency responsible for research in Brazil (IBGE) is undergoing many questions about its credibility after a series of polls released containing incorrect information.

As database I’m using the last available survey of PAC 2, available at: http://www.pac.gov.br/

What is PAC: The Growth Acceleration Program began under President Lula (2007-2010) with the aim to promote the resumption of the planning and execution of major works of social infrastructure, urban, logistics and energy of the country, contributing to its rapid and sustainable development.

About the investment costs ​​of the Projects: Many projects contained in PAC 2 don’t have costs ​​published, based on a federal law which allows that costs of projects do not have to be disclosed (Differentiated Contracting Regime – 12. 462/11). For this reason, from where I am analyzing the costs of investment, it is only being considered the projects that have the costs of their investment disclosed.

Based on this piece of information, I present the first fact: Only 54% of the PAC 2 projects have costs ​​disclosed: 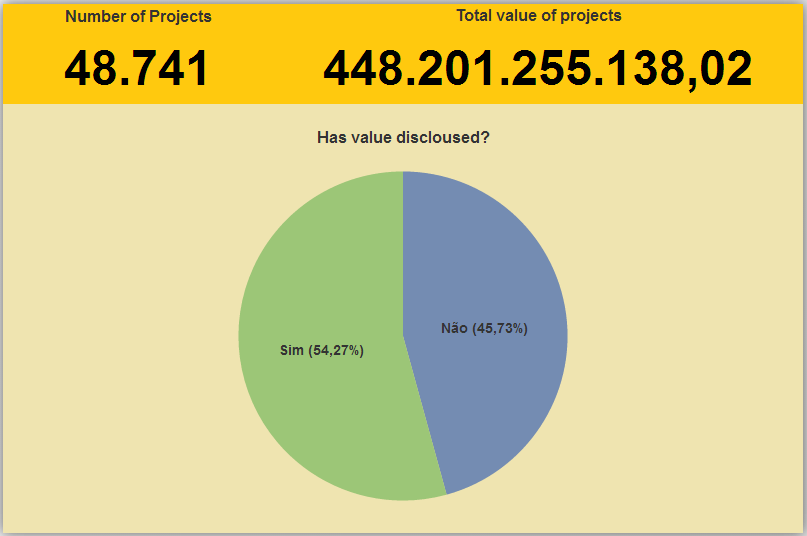 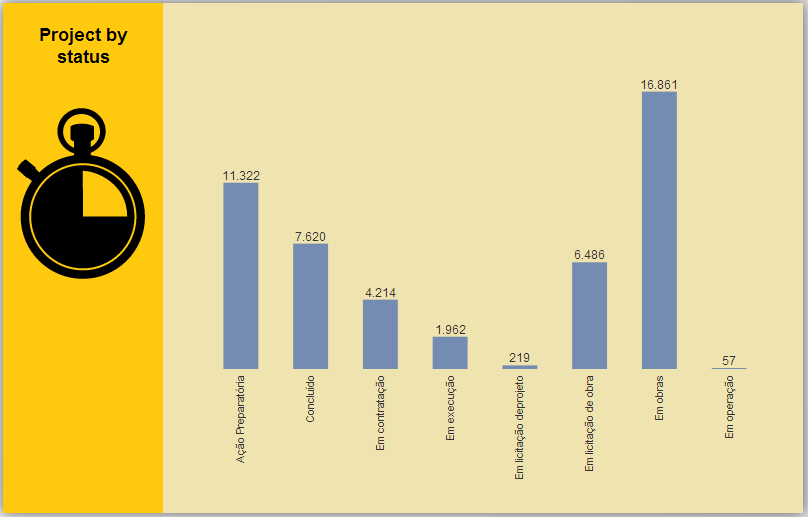 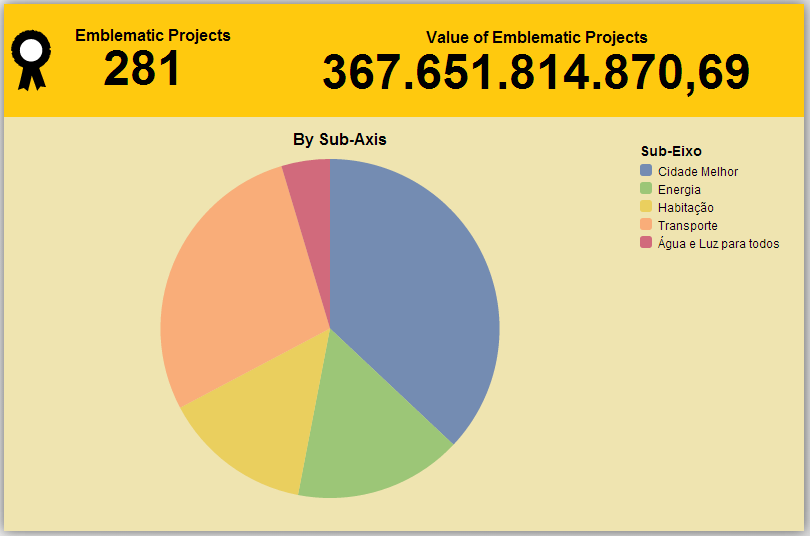 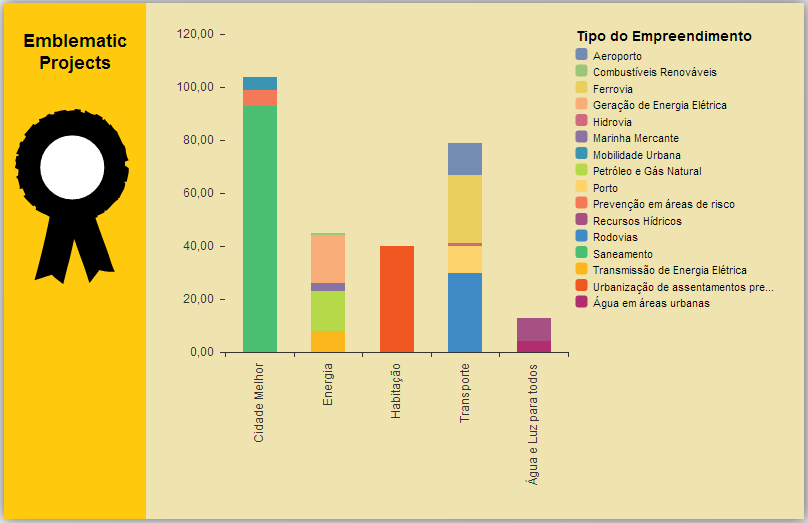 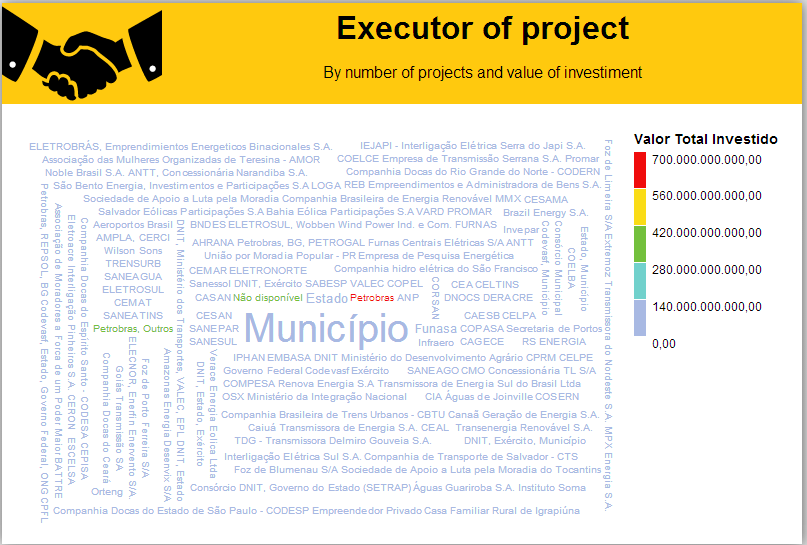 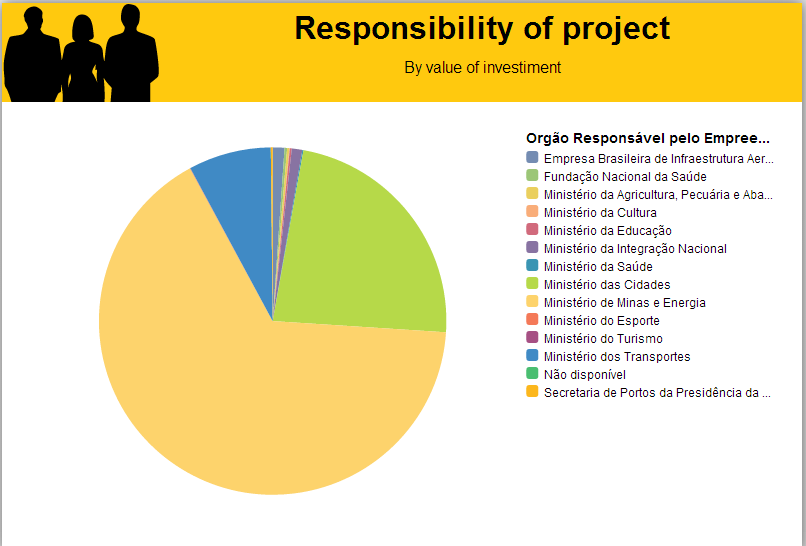 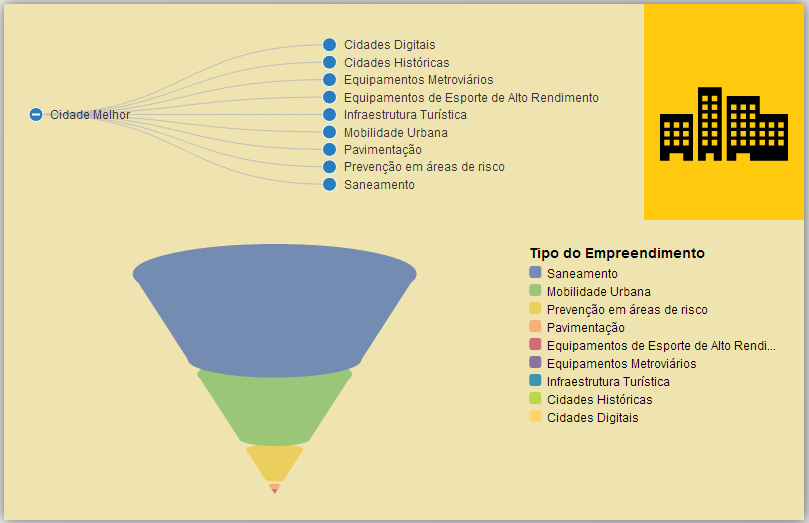 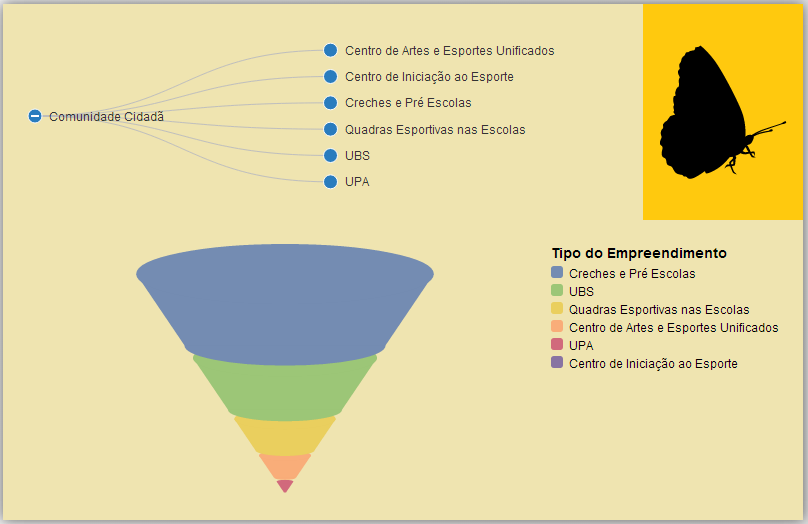 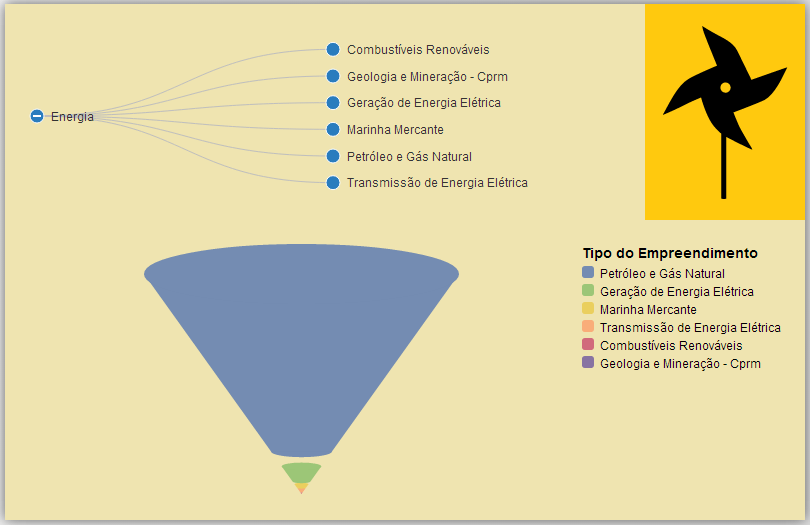 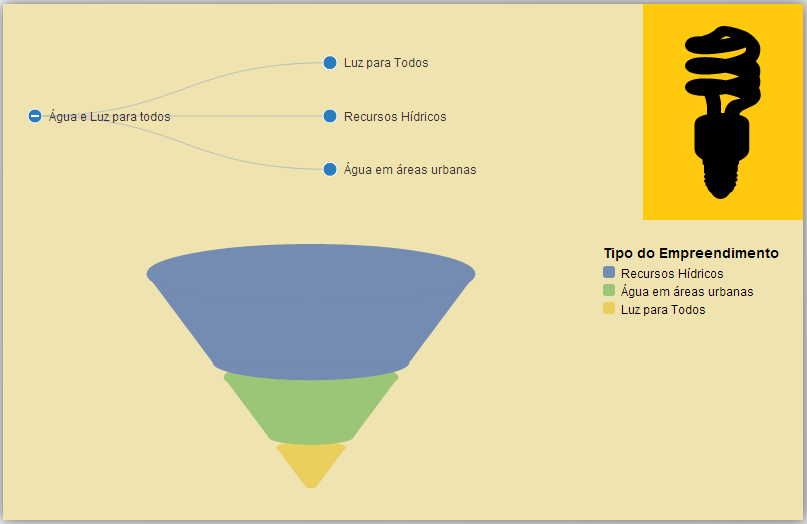 Among the Housing Sub-axis, there is a program that has great visibility for the government, known as Minha Casa Minha Vida (MCMV). It is a housing program for financing housing units with priority for low-income families. 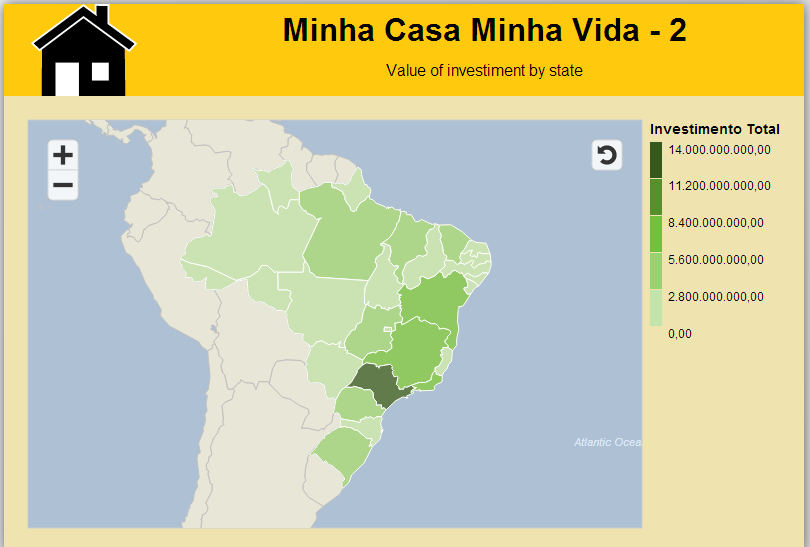 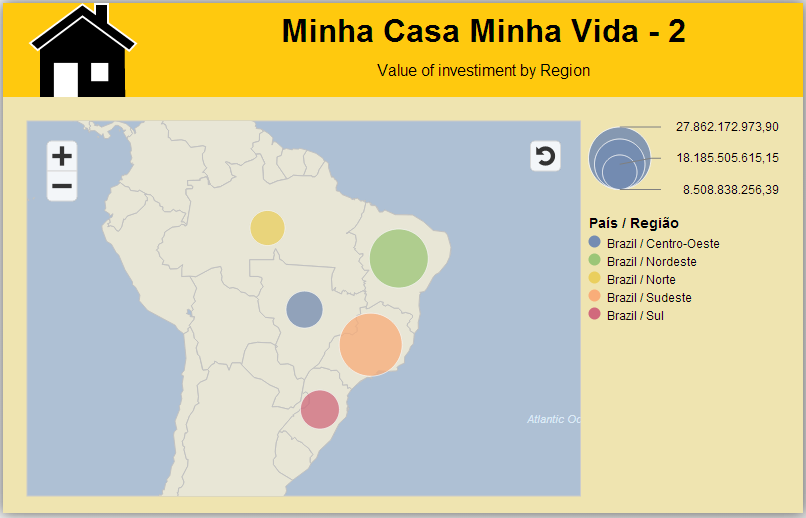 Thanks everybody! I hope you have enjoyed that analysis.

Very nice , I'm surprised with the money amounts and the constructions number. I'm proud of you my friend.

Thanks Isaías!! I was very surprised too, more about the projects without disclosed values! rsrsrs... Thanks for your incentive...

Great!... the post (blog) is very amazing for the first publishing! I hope to see many postings so on.

Thanks Jorge!!! I hope write more posts and share... I was very happy to know that you appreciated this post.