Is there a better way to start the month than with a SAPUI5 CodeJam? (If you think of saying “yes”, wait until you see pictures of the food. 😀 )

On the first of October 2014, itelligence AG opened its doors for a SAPUI5 exclusive CodeJam. 15 Developers joined the event and created a Fiori like app using an OData back-end service, lead by an SAP expert (me). Our host itelligence AG even provided Laptops for those participants who did not bring their own and, as a gift, gave USB sticks to every participant – that way sharing our results and even taking them back home was made easy for everyone.

View of the room during a short coffee break: 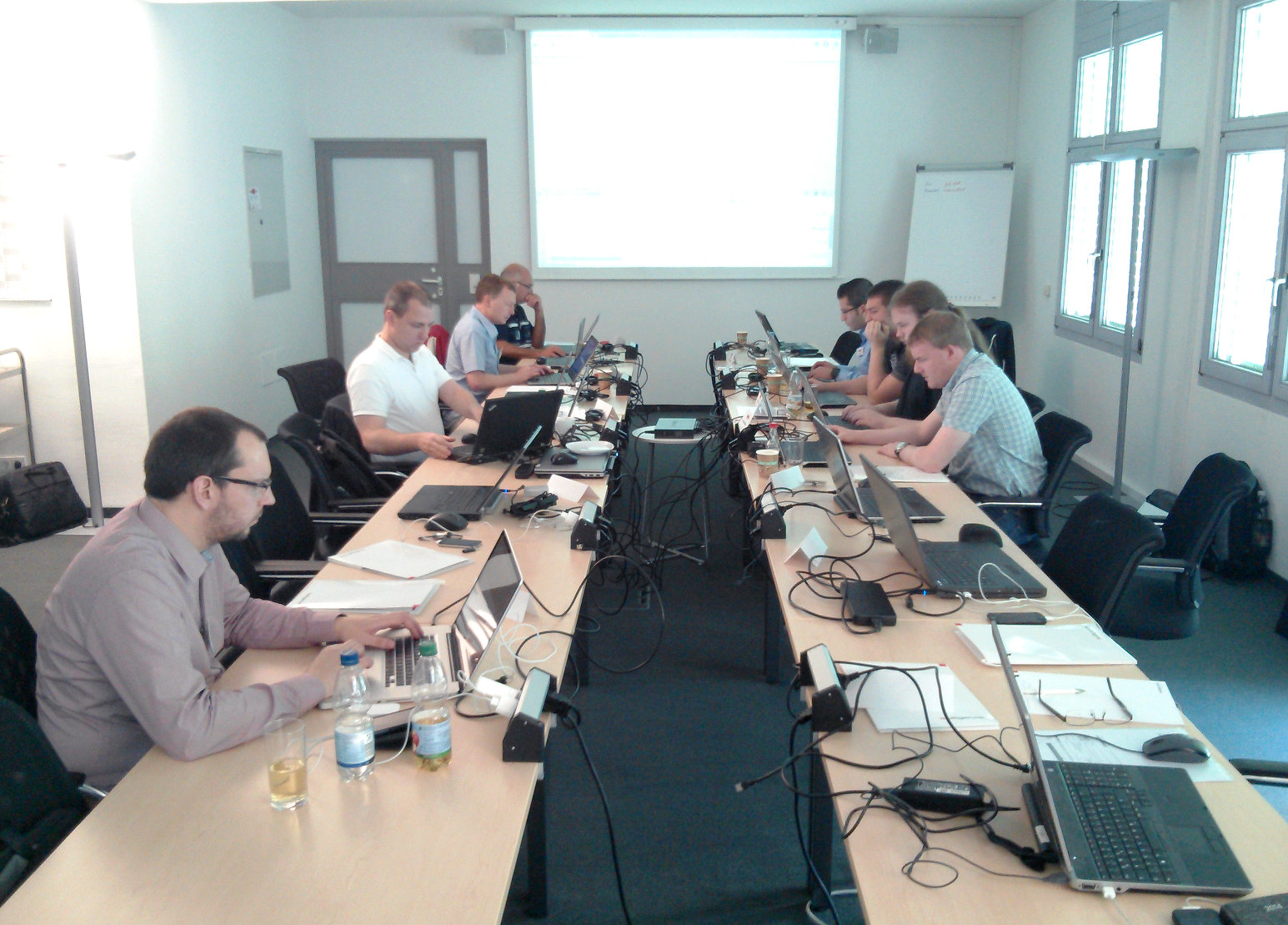 The agenda of the event was straight forward:

After the basic app was created on the fly by the expert while explaining the steps needed, the participants had time to implement the demonstrated app on their own using a tutorial document given to them.

While implementing the app, we had time to discuss questions about the code and help some of the participants with taking their firsts steps into developing applications with SAPUI5.

Lunch was served around half past twelve – and I don’t think anyone left hungry that day:
(And I didn’t even take pictures of everything)

After lunch, and after we made sure everyone had a running version of their app, we continued to extend the app with additional features, while some of the participants followed the examples and added responsiveness to their application and played with advanced data-binding features, like sorters, filters and formatters, some even extended the scope of their app: Originally we just wanted to display a list of products that was provided by the back-end, but some developers even started to change their app to support several different lists that were available on the back-end in addition to the products.

In addition to implementing and extending the app, we found the time to discuss several topics, from different types of services that can be used (we even used Apple’s iTunes store to retrieve music samples and display them in a small app), to the possibilities of web development with OpenUI5.

All in all it was a very productive and entertaining day. I would like to personally thank itelligence AG for being the perfect host, as well as the participants who were not only very interested and motivated, but also cooperated in a way that made us “finish early” so that we could add additional topics to the agenda.