What if Blake Bortles Wins Fantasy Football For Me?

4 weeks is a good indicator of performance and I’m fairly satisfied with my fantasy football team despite my 1-2 record (at the time of writing).  RG III’s poor performance plus injury in weeks 1 and 2 respectively cost me 2 very close victories. 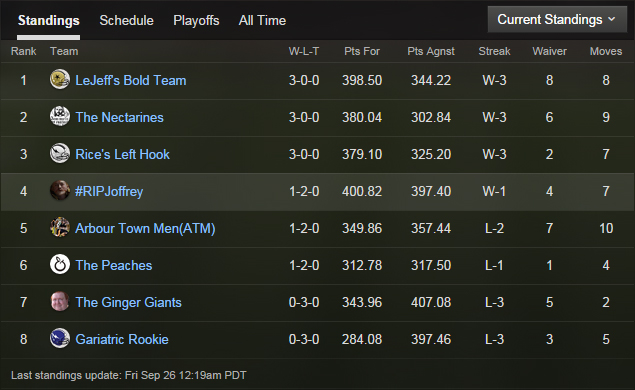 As I previously wrote, QB performance trended evenly outside of the top 3 so drafting value QBs in late rounds was critical.

I’ve had to replace Josh McCown AND RG III with Kirk Cousins and Blake Bortles.  This would have been a non-issue except Cousins threw 4 interceptions against the Giants.

Elway versus Marino.  Manning versus Brady.  Cousins versus RG III Bortles.  Who will carry me to fantasy football victory?

It’s a small sample size of games between Cousins and Bortles, so I focused on matchup and upside.  The comparison tool recommends Cousins in every scenario.  I’m naturally skeptical, so let’s see what scheduling data and SAP Lumira tells us. 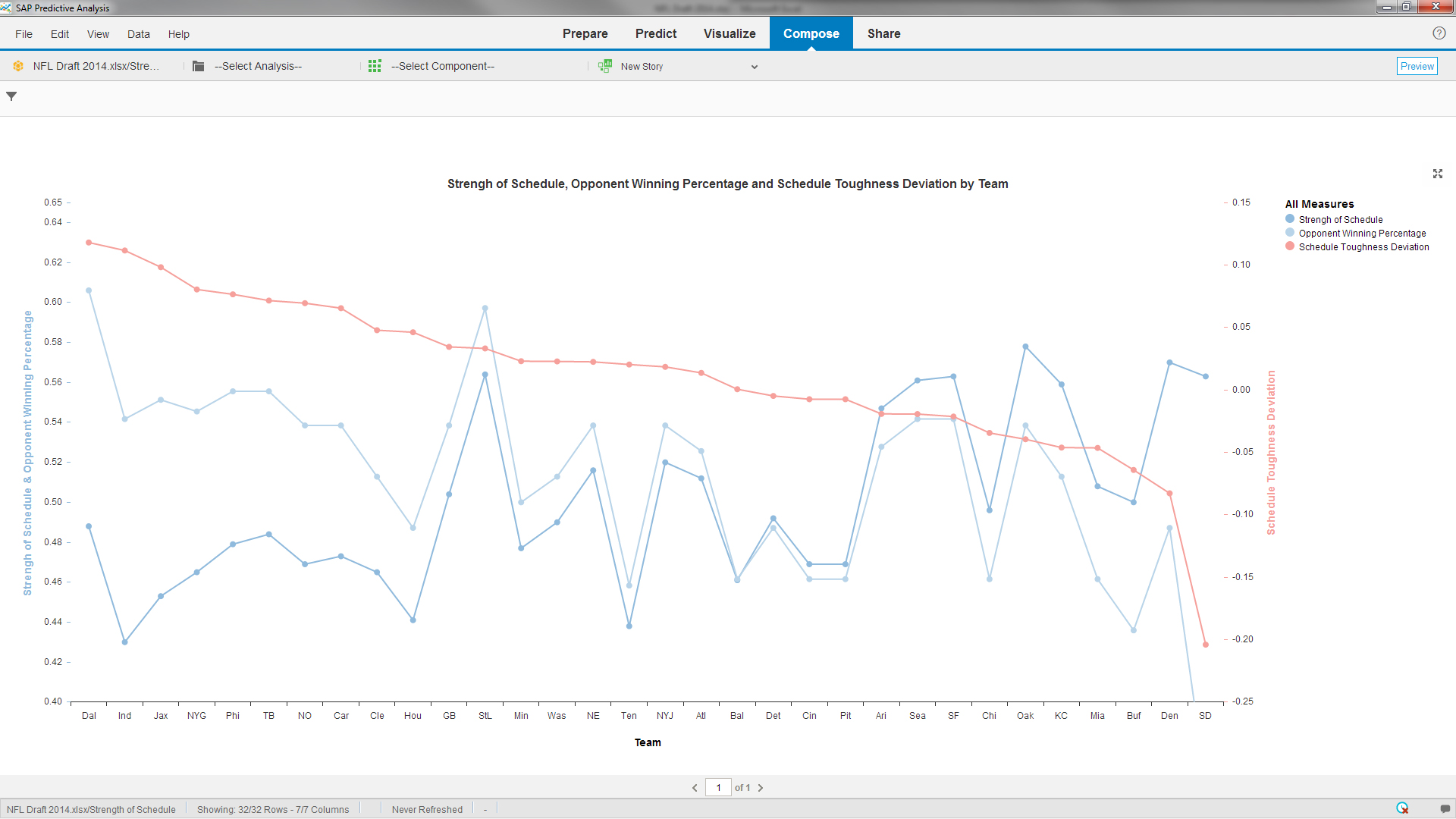 Blake Bortles is in a lot of trouble. Jacksonville has a relatively weak schedule, yet its upcoming opponents are (on average) playing 10 percentage points than the expected winning percentage.  At just 2 percentage points Washington’s schedule appears easier.

If your goal (like me) is to get sustained, predictable QB performance, game managers as Alex Smith is a better bet. I’m hoping Kirk Cousins to be this year’s Nick Foles, so hopefully Thursday’s performance is just an abbreviation.

Nice - love the strength of schedule and OWP tie in.  Definitely dig in worthy...