Accidental Deaths have become a huge concern in the era of Modern world. Escpecially in India which ranks 2nd in the world in terms of population count , accidental deaths have  grown exponentially every year. Theprimary  reason for these accidental deaths being Natural Diasters & Un-Natural causes.

As can be observed in this blog major Accidental Deaths due to Un-Natural reasons has been resulted out of Road and Rail accidents that take place every year in India.

This analysis gives a picture and understanding of the human loses caused due to Road Accidents in India for the year 2013. The causes for these accidents have been analysed and presented using the analytical software medium of SAP LUMIRA. 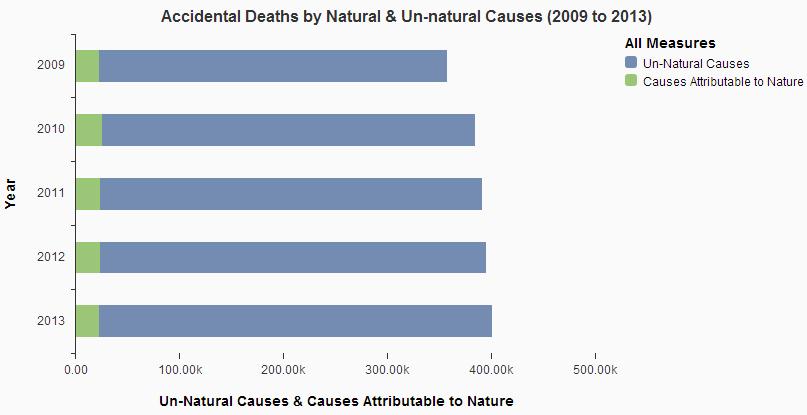 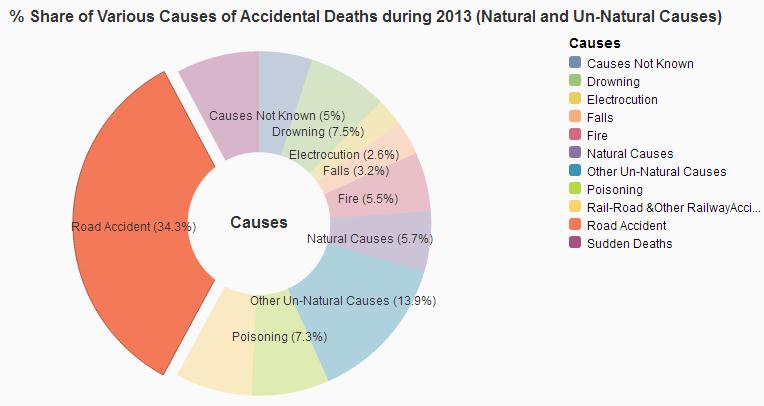 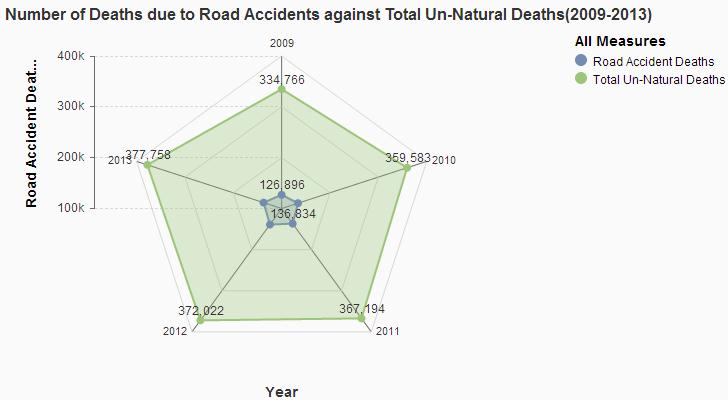 Below Bar Chart gives the picture of Number of Accidental Cases lodged, Persons Injured and Person Died for year 2009 to year 2013. 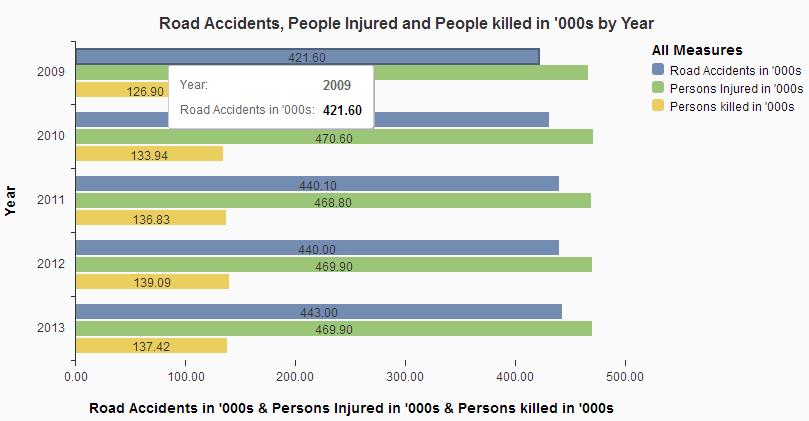 Geo Bubble is the result of this analysis giving a perfect insight of this scenario.

Below Geo Bubble chart represents 10 states which have the highest Road Accidental death occurrences in the year 2013. 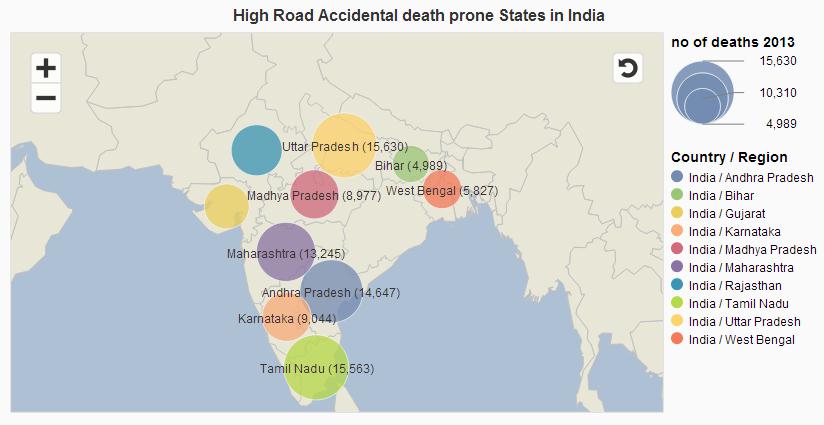 Below Geo Bubble chart represents 10 states which have the least Road Accidental death occurrences in the year 2013. 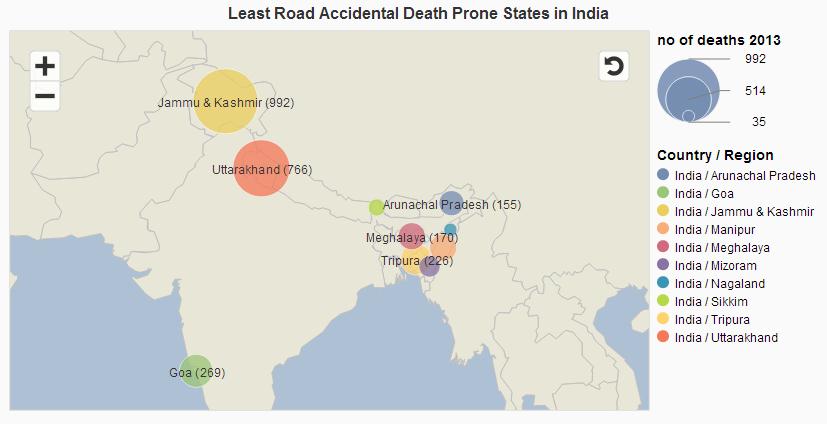 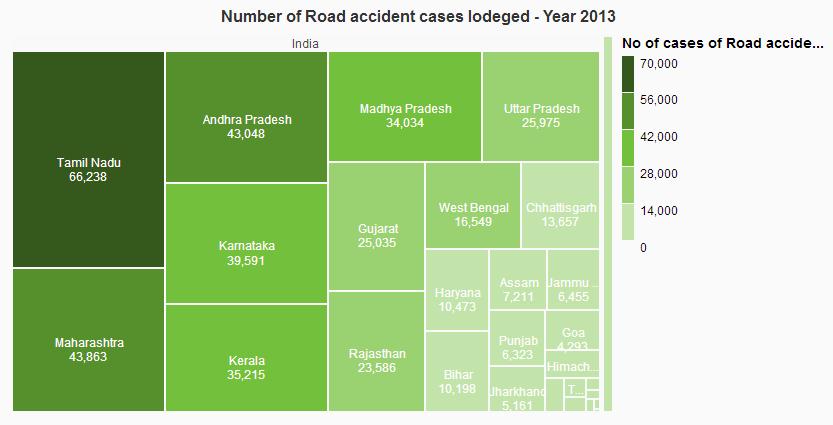 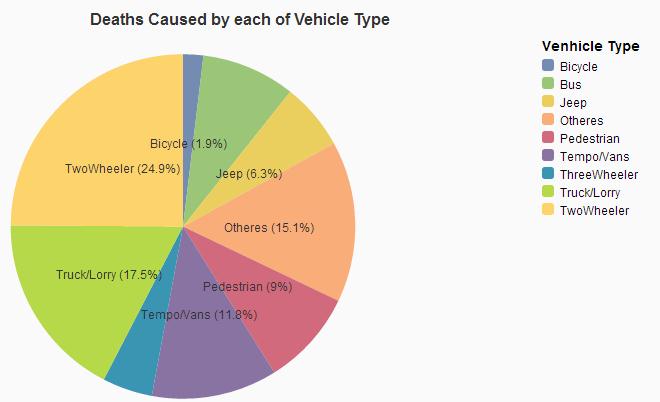 The same has been plotted using a Donut Chart. The same has been plotted using below Donut Chart. 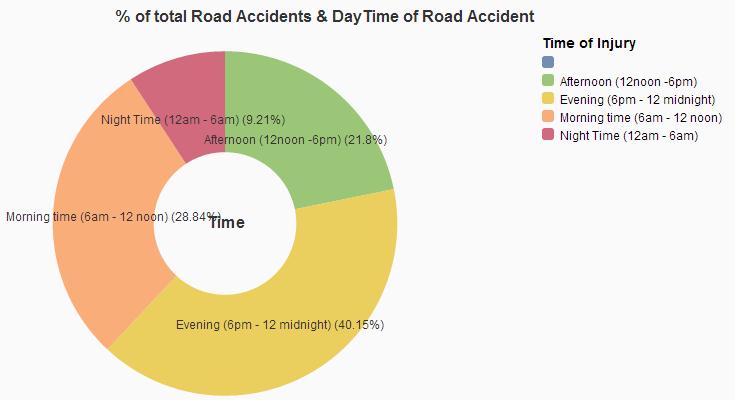 The bar chart explained below shows the major causes that were responsible for road accidents in India. If these causes are brought under control we could be successful in mitigating the risks of Road accidental deaths and occurrences. Great Stuff!! I see your keen interest toward solving  one of the major issues our country is facing today.

May be you should show your prototype to some government officials, its worth productizing.

What is your data source?

Thank You, Ritesh 🙂 , for noticing the hard work I have put in writing this blog.

I have secured the data set from various government websites, providing the statistical info.

I hope to see the information analysed in this blog reaches out to maximum number of people and appropriate steps are taken by the Govt official as well.

Thanks Jyoti Sir for those good words. 🙂

I really appreciate you taking time to review my blog.