DataGeek III – Analyzing the causes of Death with SAP Lumira

(House/category : House of Healers, Living for Health and Science)

There is a saying which states that the moment we step into this world, the moment of death is fixed. Though it’s not a good sign, we have to accept the reality. The end of the life of a person can happen by various reasons. It could be because of Health issues, Natural calamities, Terrorism, Accidents, Genocide, Homicide, etc. It’s important to analyze the various causes of death in order to save the precious life of human and to protect human welfare against them.

Let’s see how SAP Lumira helps to achieve this.

Here is a data which we are going to consider for this analysis. 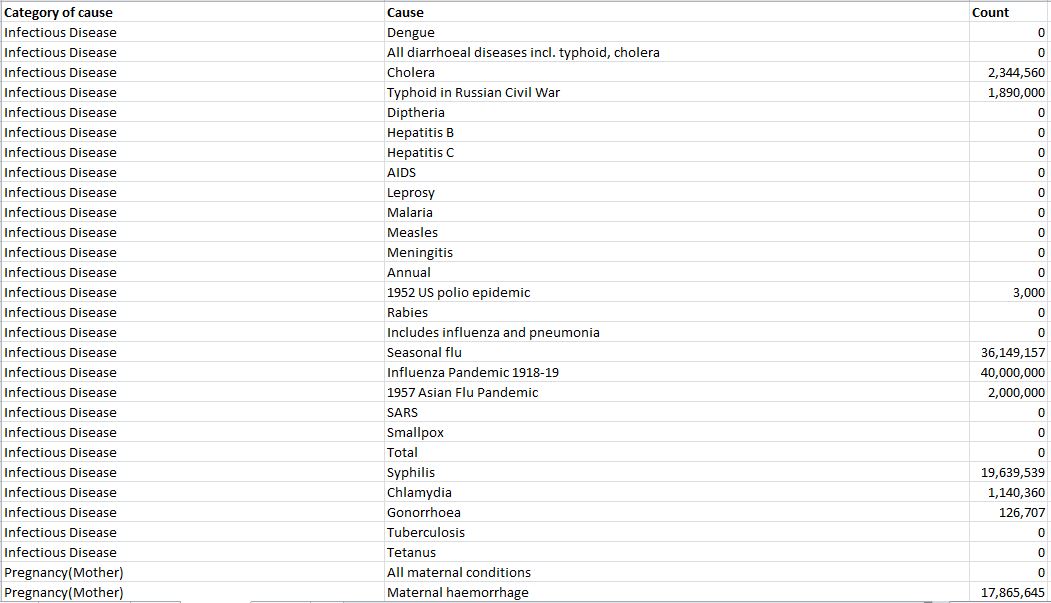 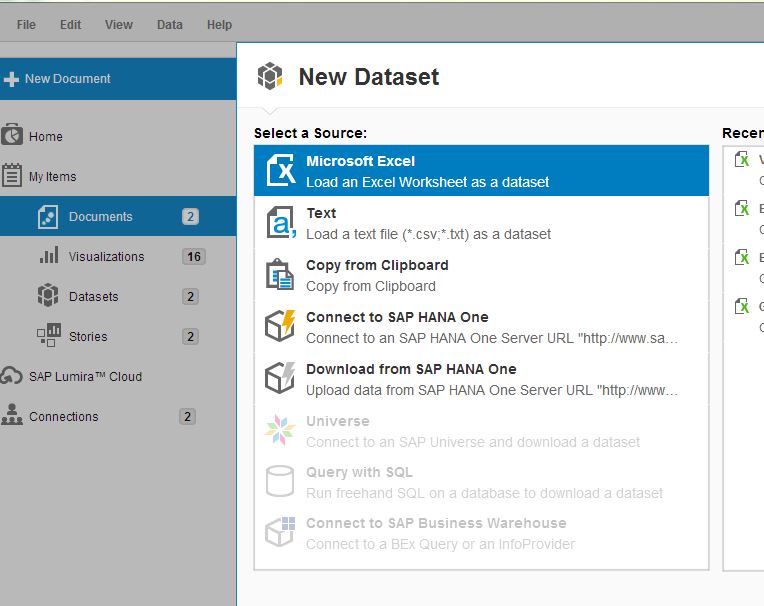 Click Create, it will scan the source data and create the Data Set 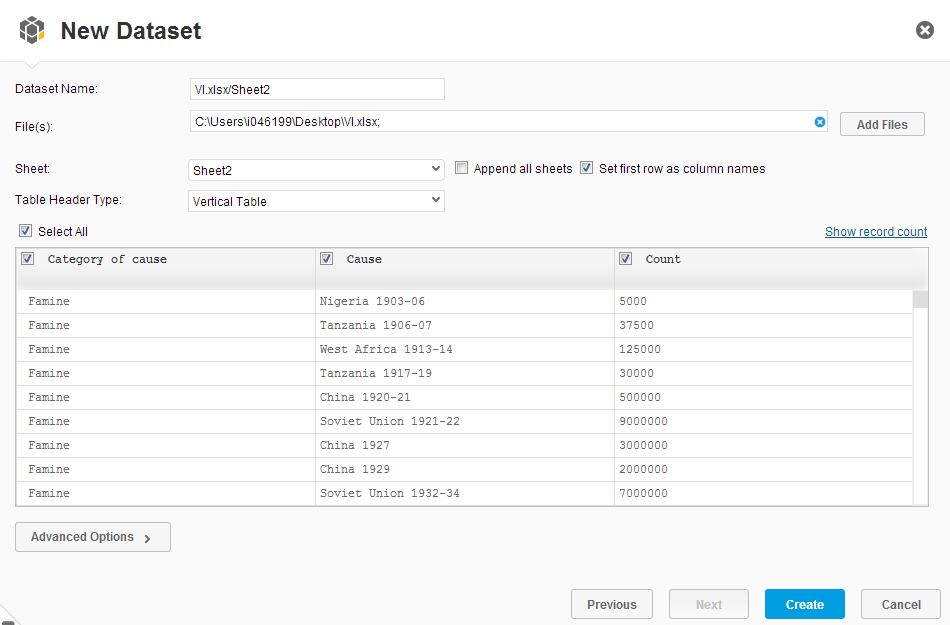 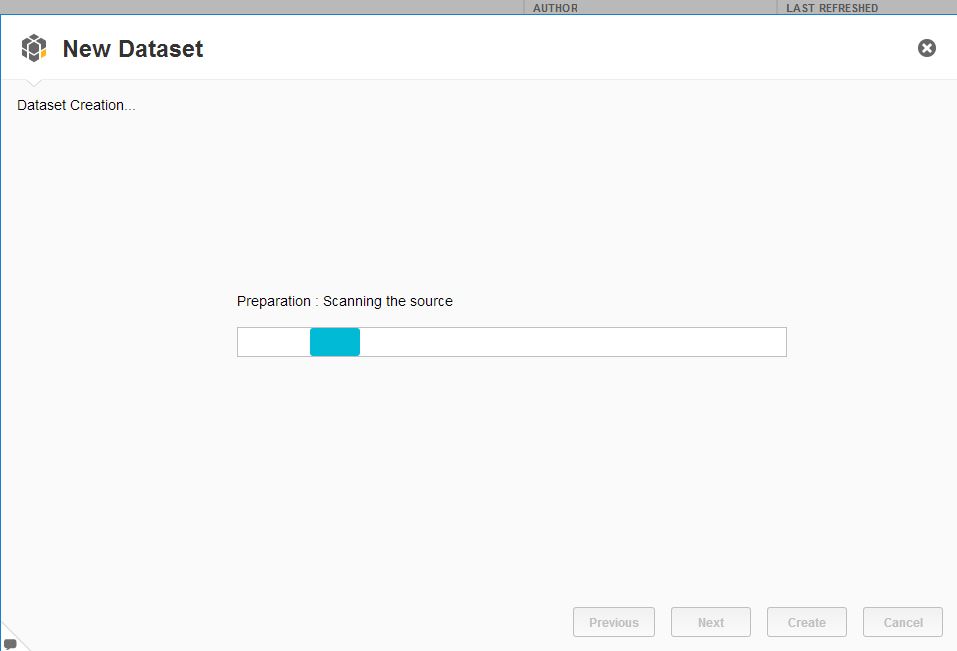 The initial view would be as follows… 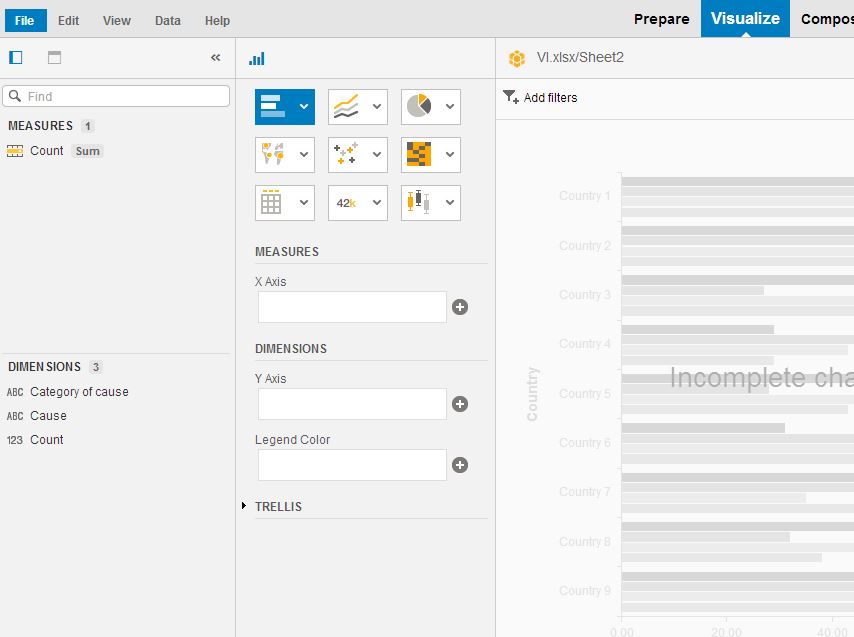 Analyzing the causes of death:

This gives the categories of death based on the death count 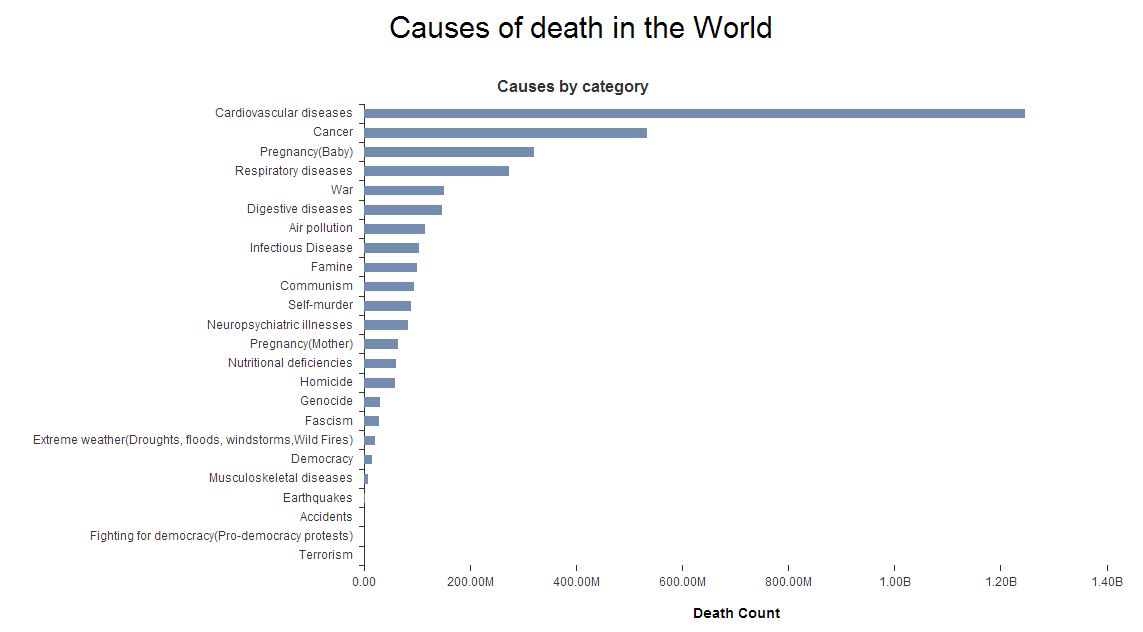 Filtering the major and minor causes of death:

Let’s focus on the major causes of death, we can consider top 10 and then drill into further 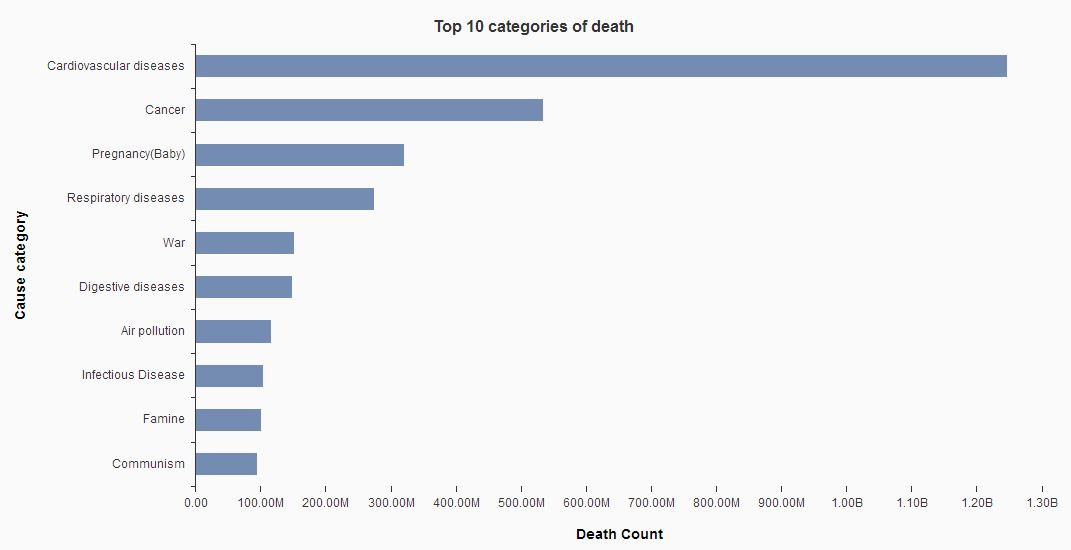 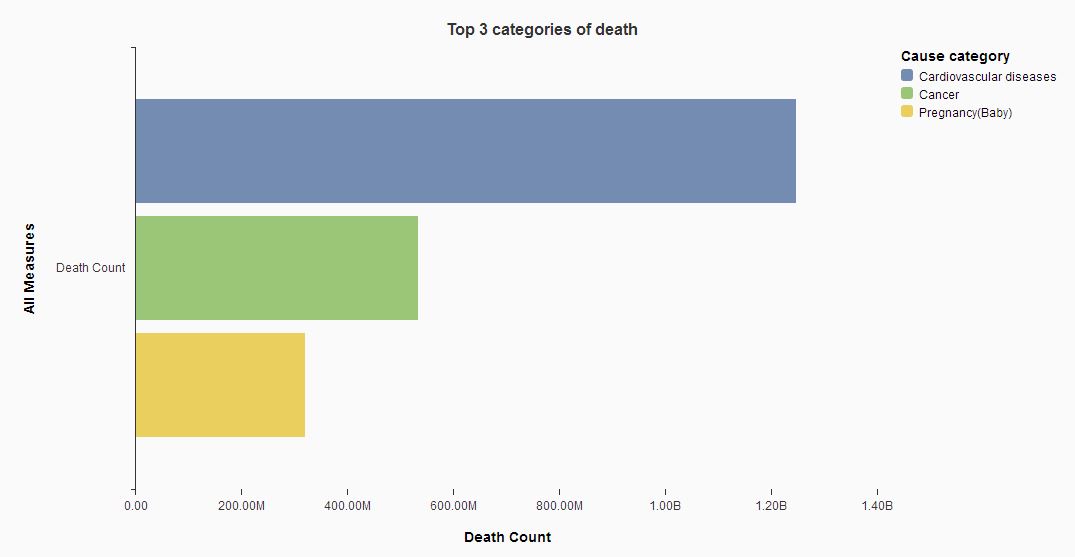 Here it’s clear that Cardiovascular diseases, Cancer and death during Pregnancy are the most common reasons for death

There are few other reasons which cause death, but they are not sohigh in numbers 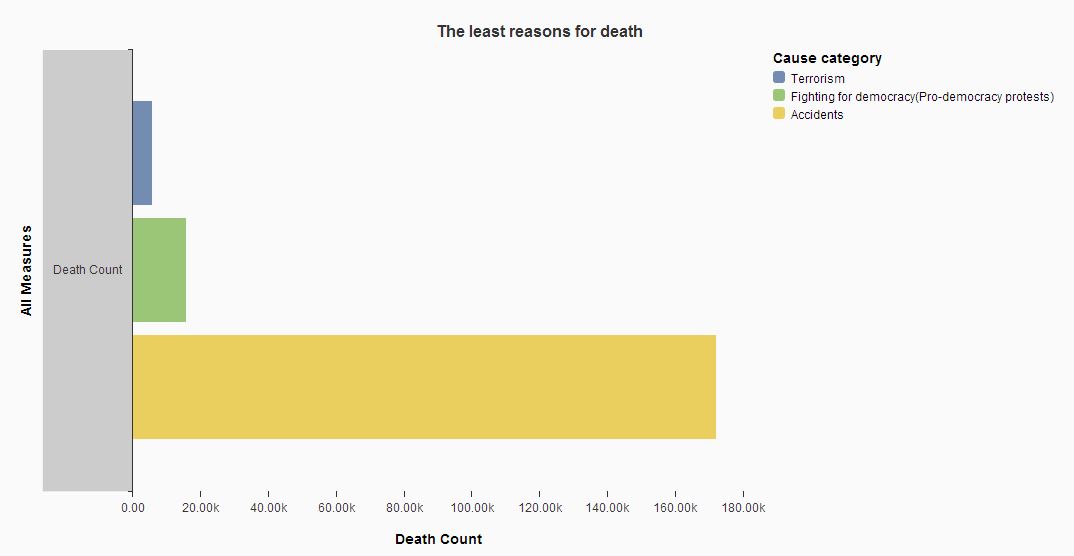 Though they are least in numbers, we need to stay careful about these causes

Though we have different diseases under each top 3 categories, we need to know which are the diseases we need to be cautious about 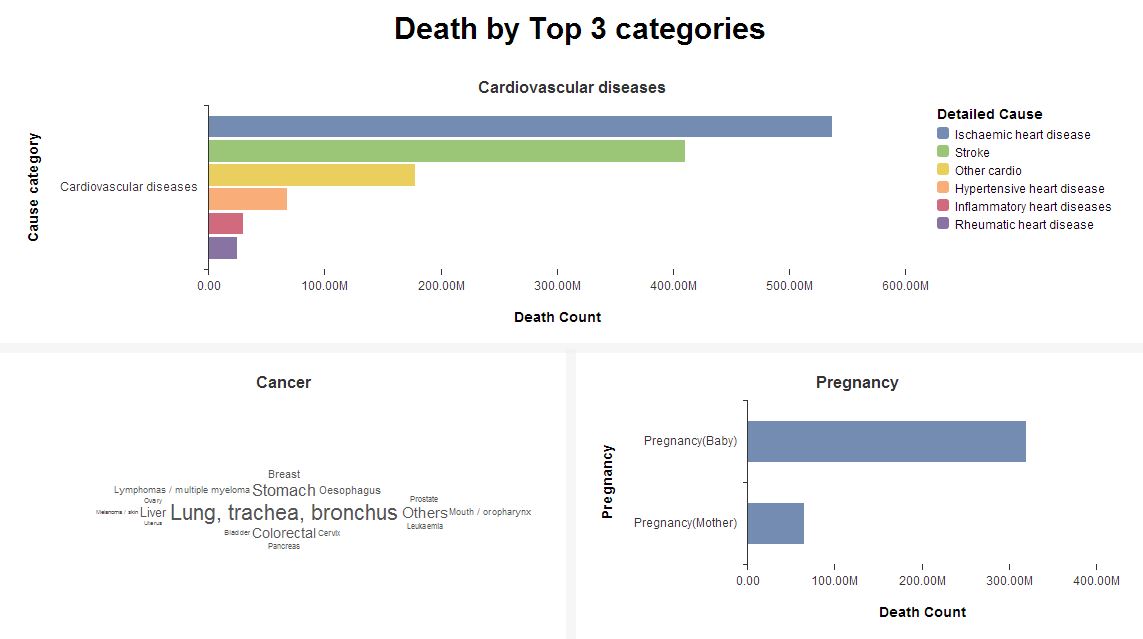 From the above chart, the death by Ischemic Heart Disease is more than any other diseases in Cardiovascular category. Second comes Stroke and then other types of Cardio arrests

Similarly in the Cancer category, death by the Lung, trachea and bronchus cancers are more compare to any other types of cancer

Other major category of death contributed by pregnancy complications 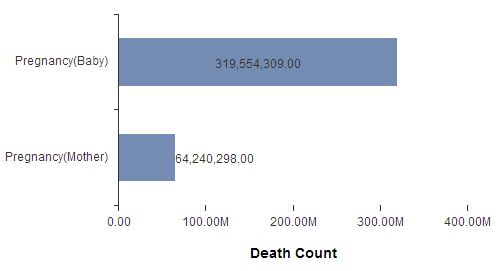 The other interesting part would be, how much ever we take care of Human life there are few causes which are out of our control. The main such causes are Accidents and Nature which are unpredictable and uncontrollable

We know the accident can happen by many ways. Here the following analysis shows, which type swallowed more number of human lives

The other thing from which we can’t escape is the Mother Nature. The extreme weather conditions also contributed more for the death. This could be Droughts, Floods, Windstorms, etc

With SAP Lumira, we can show geographical data using maps. We have a dimension which talks about the country specific death count. Let’s use the map capability to visualize the data 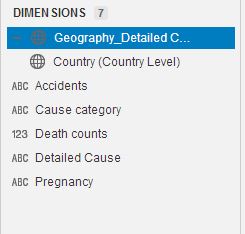 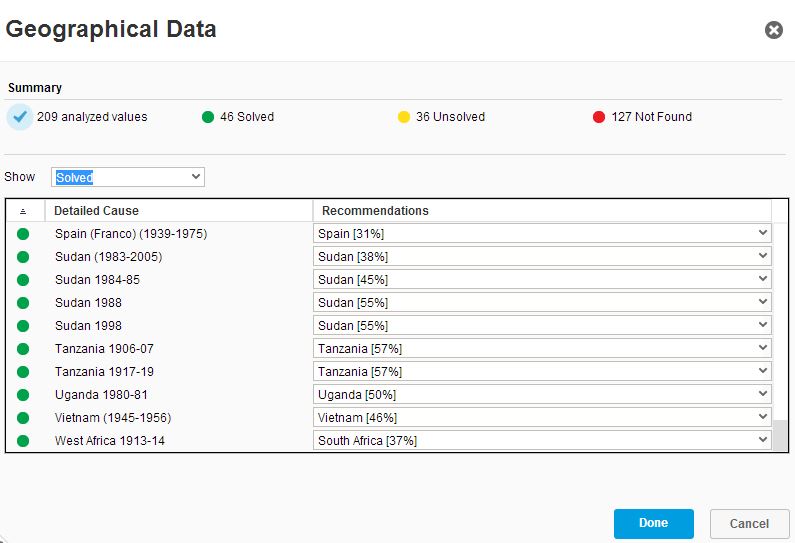 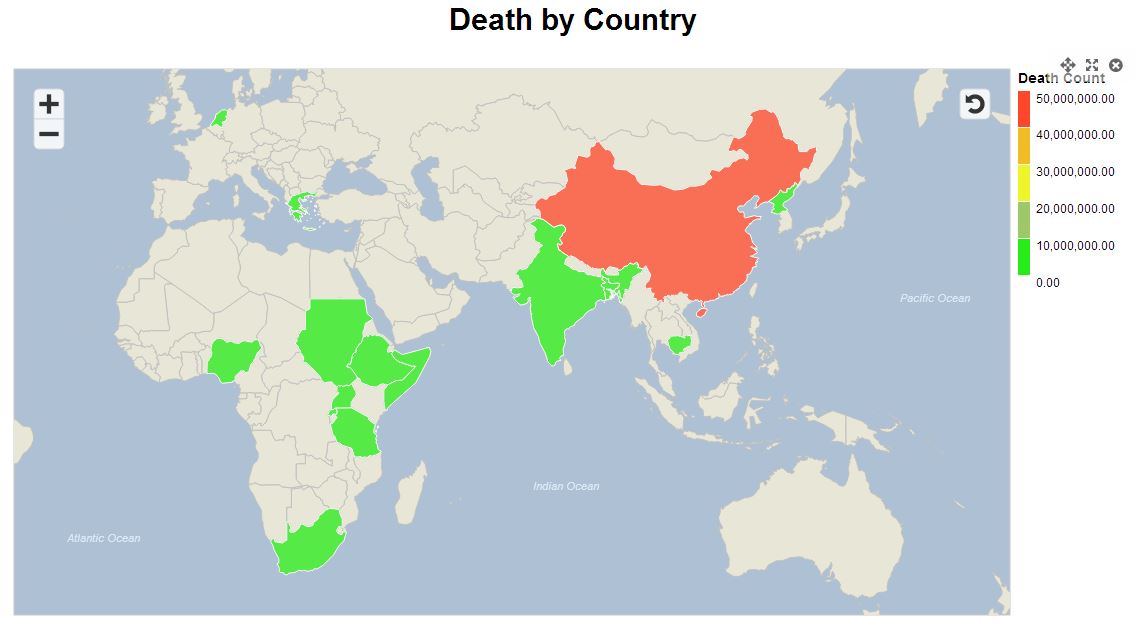 So Analyzing any data with the right set of tools always lead to a betterment of life by taking right decisions in any case. SAP Lumira is one such tool. The same kind of analysis can also be done with HANA as backend when the amount of data is huge in numbers. Let’s use the right technology and rule the data through it.

Nice Use case for Healthcare sector and very innovative thought .