Here is a brief analysis of the results of the recently concluded Olympic games in London, United Kingdom. 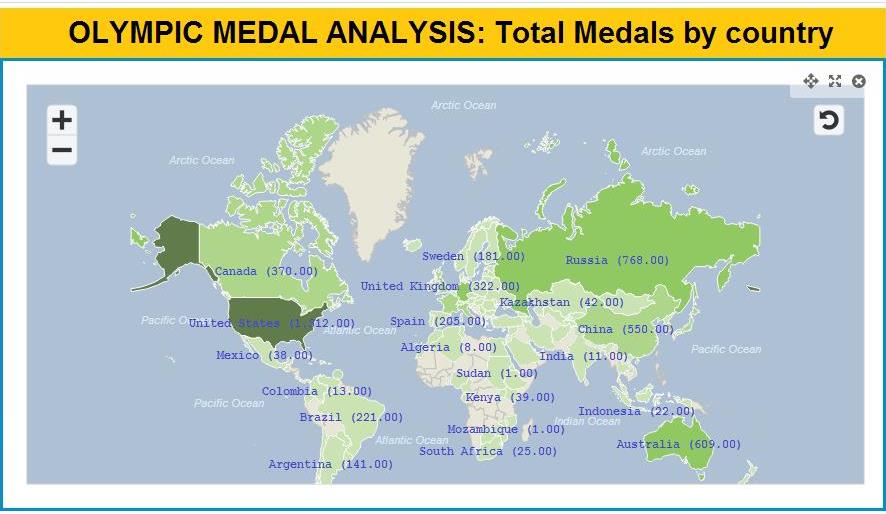 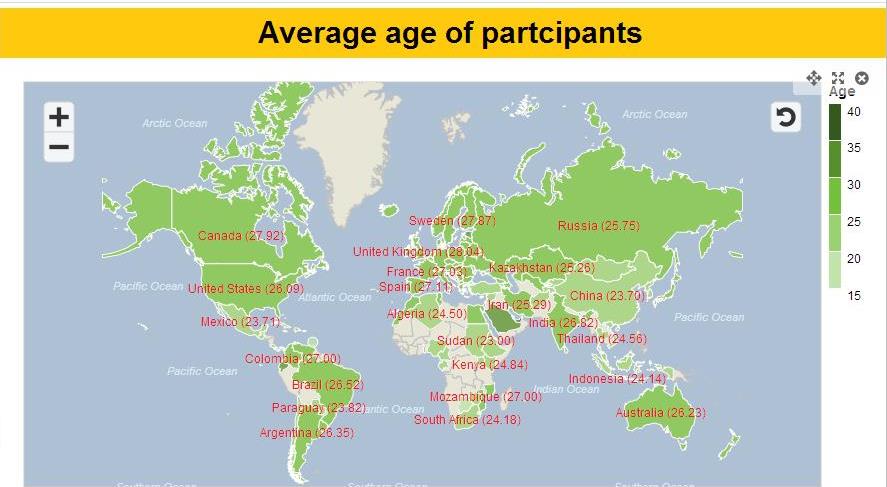 This shows the average of participants across the countries. Here it is amazing that the African nations and China have younger crowd while the middle eastern countries have a more matured crowd. While most of the other countries are in and around the 25 to 30 year mark. Lets take a closer look at the age of participants. 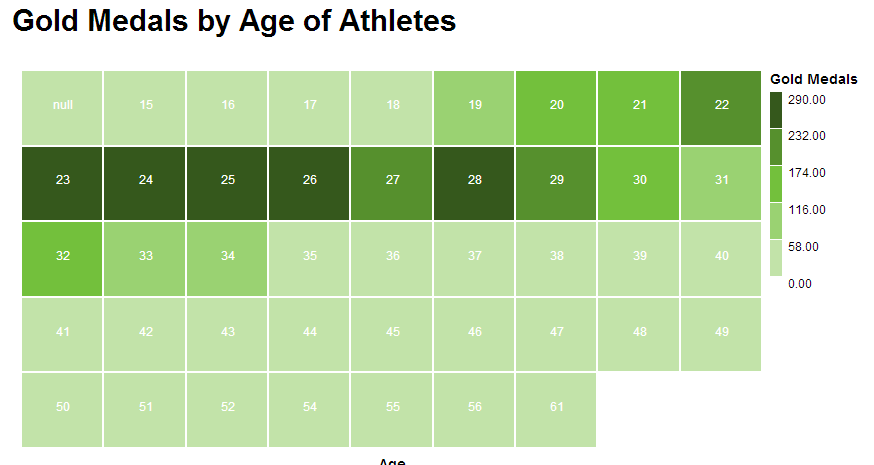 Here it is very clear that the minimum age is 15 and maximum is 61 with most participants aged between 23 and 28.

Lets have a look at the age of athletes by the sports they play. 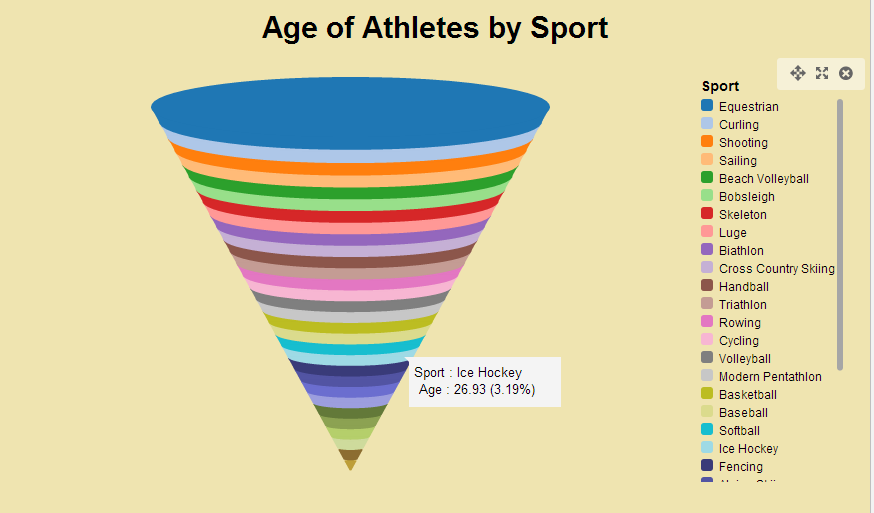 The graph shows that Equestrian is a sport played by much older set of people with an average of 38 and free style sking with 24.5 as an average age is on the other hand a youngster dominated sport. We can clearly make out the dominance of USA in the medal haul. However Russia has more bronze than USA. As gold medals are what really matter, lets look at the gold medal haul of all countries, by age of the athletes. 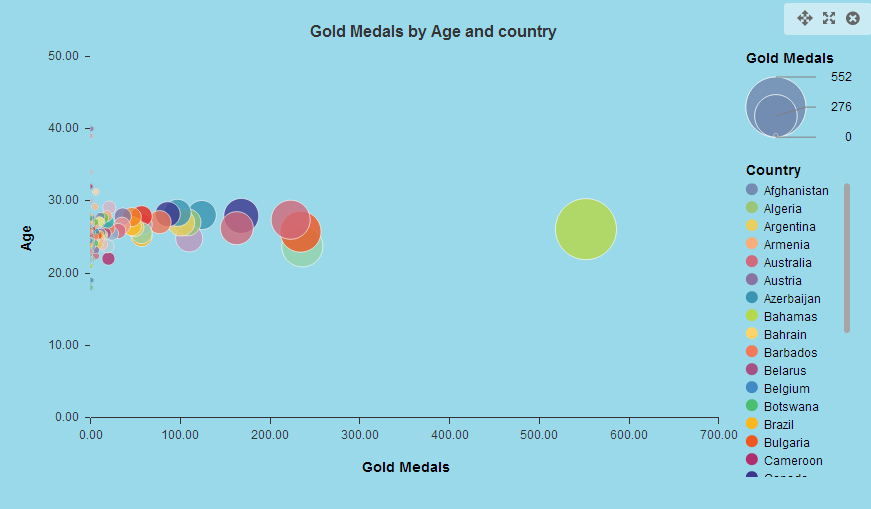 USA is a cut above everyone and really stands out. with a good average age and huge medals tally. So it looks like a good idea to drill a little bit more deep into the US medal tally. 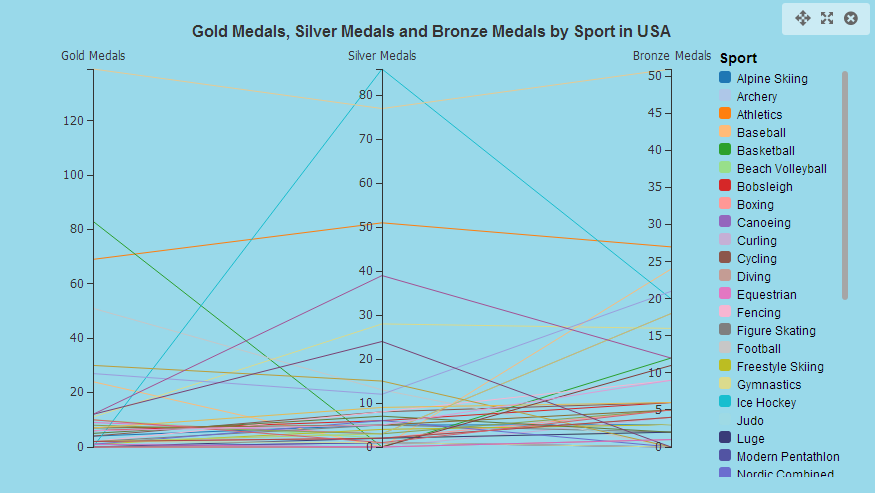 The plot shows the gold silver and bronze medal tally of USA in all sports. The top column is swimming and its really amzing the kind of dominance USA has over swimming compared to other sports. Now its a good idea to check how many medals are on offer in each sports to check if swimming is really that big a contributor. 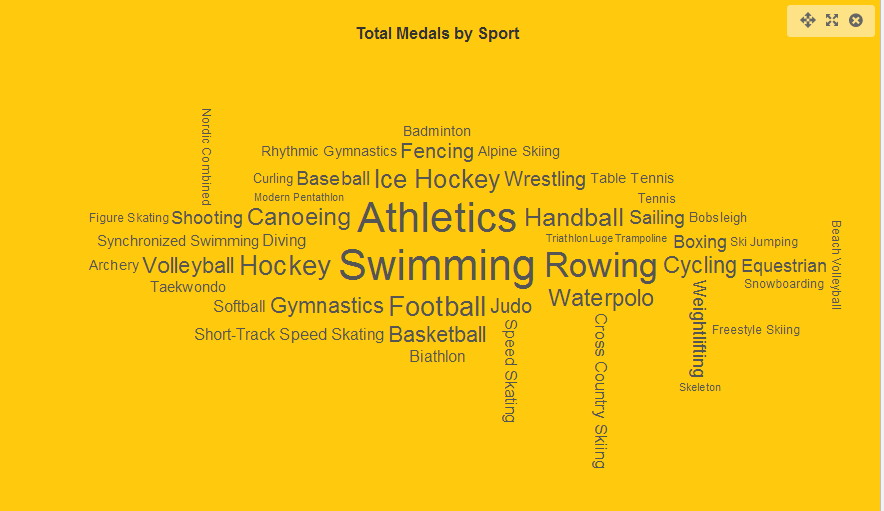 as shown in the picture Swimming is the sport which has the most medals on offer followed by athletics and rowing. This really justifies why USA is able to have such a big lead on other countries!

The major factor is that they ace swimming which has the most number of medals on offer! 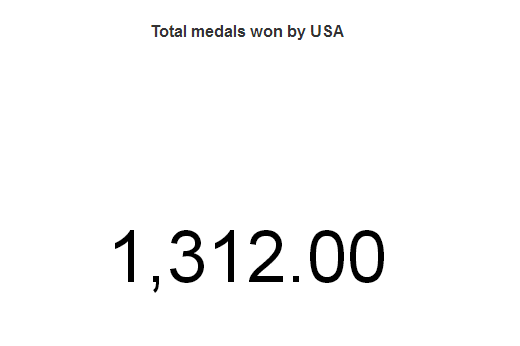 A whopping 1312 medals have been won by the USA and this really is a significant achievement and as we just saw swimming is a major contributor. So if a non American is reading this make sure you are able to convince the youngsters in your country to take up swimming and dethrone America!

Hope you enjoyed this short analysis:)