Testers from Test teams/organizations test the software application/product using the test cases/test techniques, but it’s very much essential to measure (how much in terms of percentage & What part of) the code that gets tested through the test cases or test techniques to ensure that most significant part of code base developed by the development is executed by tester’s test cases or approaches.

Though the test organizations develop test cases based on the traceability matrix (where requirements are mapped), there could be a chance to miss out the

areas that are not tested by the test cases/test techniques, which leads to the defect leakage to the customer landscape.

In order to prevent defect leakage to the customers & to improve quality of Testing, Code Coverage should be implemented during test execution.

What is Code Coverage?

Code coverage is a measure used in software testing, which would describe the level or degree to which source code of a program has been tested. There are various code coverage tools available in the Industry. SCOV is a transaction or a code coverage tool provided by SAP as part of the ABAP engine.

When to activate Code Coverage?

Code Coverage tool can be activated in test systems during test execution during new development testing or during a New Release & it can also be measured when there are major code changes during a support pack, in order to understand that if the changed areas have good code coverage.

How to measure Code Coverage in SAP ABAP systems? 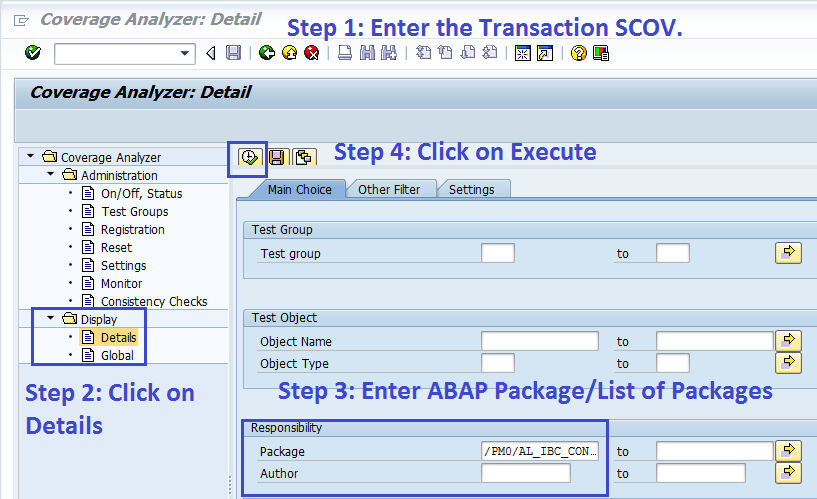 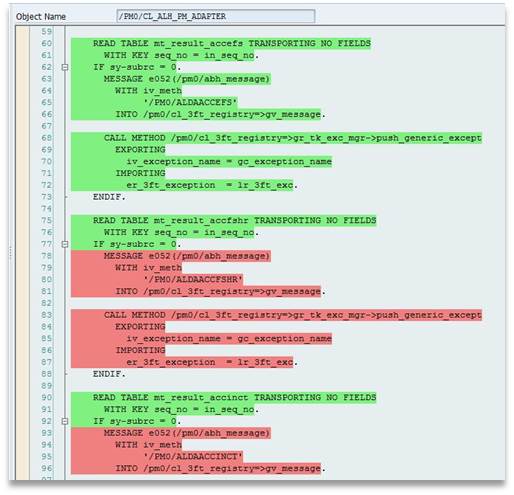 Next Steps after measuring Code Coverage

Testers to contact the development colleagues to understand that the code which is not executed by testing is a dead code or required code.

I do habe a question: I want to use the code coverage the other way around:

1. First I define my test cases e.g. 10 essential test cases have been created

2. Now I run each testcase with the "code coverage" in productive system.

The aim is: each test case has now a set of the used code assigned

3. Now I want to match each SAP ABAP Transport (with its contained objects) against the testcases

The aim is: now I know exactely with testcase has to be excecuted because the according objects of my transport are "in" the according test cases

Does anyone have a solution for that?