Bitcoin on the Rise in Latin America

Bitcoin, a digital currency, is being used more regularly by several firms that operate out of South America, The Latino Post reported last month. However, because of the tighter regulations being implemented, it’s getting a lot of scrutiny. 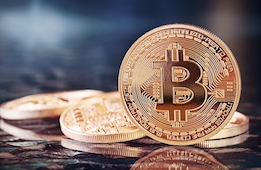 PropinaBitcoin is one of the companies that’s aiming to provide consumers and organizations with more information about the digital currency.

“PropinaBitcoin is a free online service that allows Bitcoin users to print paper wallets that can then be left as tips at restaurants and bars,” stated CoinDesk, which reports on all things related to digital currency. “Those who receive the paper wallet then visit PropinaBitcoin’s Web site where they are given detailed instructions on how to retrieve the funds.”

But the finer details of the currency are being examined by Argentina regulators, according to CoinDesk.

An issue that the UIF is concerned about is money laundering, which involves using a legitimate business operation to hide illegal business transactions. This past June, El Banco de Bolivia — Bolivia’s central bank — announced that consumers and companies could no longer use Bitcoin because of the perceived security risks.

Nevertheless, Bitcoin businesses are taking shape in other parts of Latin America where the currency remains unregulated.

According to CNN.com, the future of Bitcoin remains unknown. Because its use is unregulated in many countries, governments are concerned about some of the taxation issues to consider and price manipulation.

“Regulatory scrutiny is on the rise throughout Latin America, and we are seeing tax authorities place requirements on invoicing, payroll and now we are seeing it move into payments — especially digital currency,” said Scott Lewin, president & CEO, Invoiceware Interational.

With the continued economic expansion across the region, multinationals needs to be aware of the changes to government regulations — as they now affect virtually every business and financial transaction.