What is new in SAP NetWeaver Application Server ABAP 7.4 SP8

This document provides an overview of the major deliveries contained in AS ABAP 7.4 SP08.

With its ongoing renovation, Open SQL is getting much closer to the SQL-92 standard. After the large feature set delivered together with a new syntax with 7.4 SP05, Open SQL has been further enhanced. 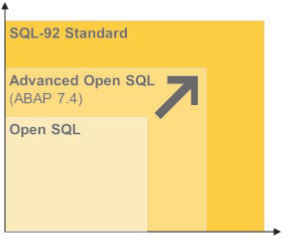 Just to name a few of the enhancements:

Check out the documentation  for more information.

Introduced with 7.4 SP05, ABAP CDS provides a database abstraction layer which simplifies and harmonizes the definition and consumption of semantically rich data models, regardless of the consumers. The enhancements include the following:

Check out the documentation for more information.

Writing clever database procedures can be the key to boosting performance significantly. Starting with 7.4 SP05, the ABAP Managed Database Procedures (AMDP) allow developers to create, call and manage the whole lifecycle of HANA procedures in ABAP.

With SP08, the class-based framework has been enhanced as follows

check out the documention for more information.

ABAP CDS and AMDP provide a so-called “Top-Down”-approach for consuming HANA artifacts, with AS ABAP as sole master during their whole lifecycle. This means that ABAP developers remain in their familiar development environment and proven ABAP concepts and mechanisms can be applied. 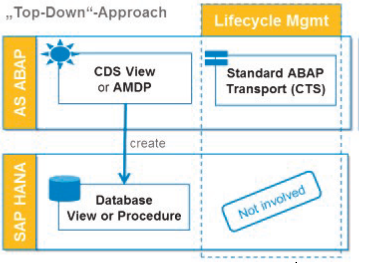 The ABAP Development Tools (ADT) have been further developed since ABAP 7.4 SP05. ADT 2.31 has been released together with AS ABAP SP08. Some of its new features are:

Various improvements and enhancements have also been provided in other areas such as ALV with IDA, ABAP Language and ABAP Channels with the new remote static checks option for old system releases. Last but not least, the Fast Data Access (FDA) protocol for fast data transfer from and to SAP HANA database is part of the release.

A new ABAP Kernel (742) was delivered for SP08. The new kernel supports all of the new features above and therefore is mandatory if you apply SP08.

thanks for sharing this helpful info 🙂

how can ı solve that error