This was another full session at the ASUG BusinessObjects Conference this week with SAP’s Ty Miller. 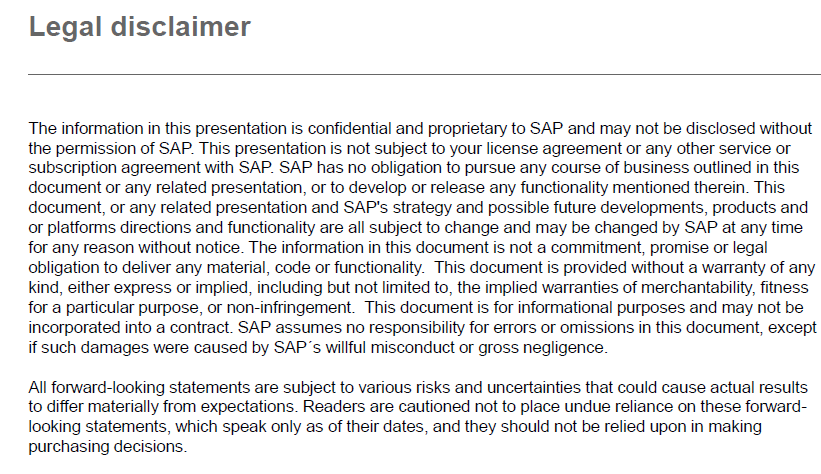 Use HTML5 to be cross-platform compatible 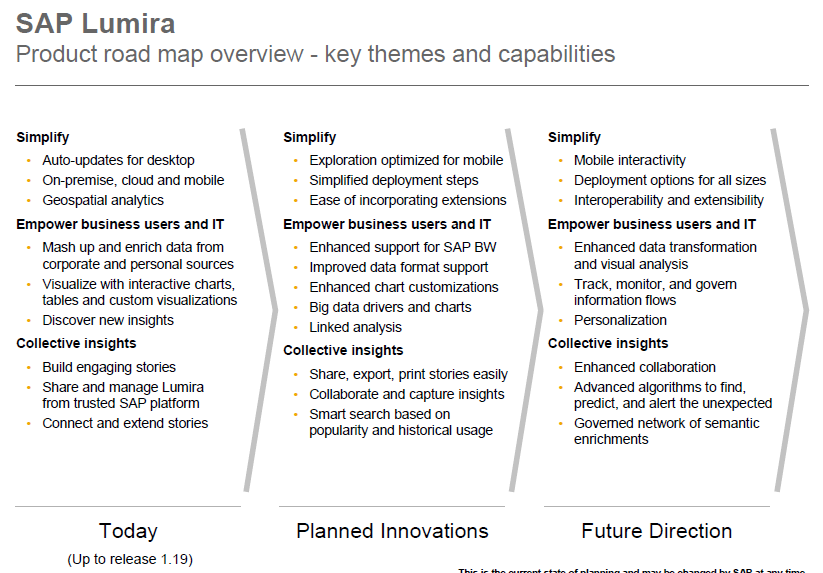 Analysts will use Prepare tab of Lumira

The visualization library is based on D3

Reporting will not replace Crystal or Web Intelligence

SAP has started integration with Fiori

Lumira for Mac OS had a beta, not ready for larger audience.  Look for it next year (responding to a question from Steve Rumsby on twitter

Linking to Web Intelligence can be done today.  Version 1.19 has hyperlinks in a Lumira doc but not added dynamic context to those links – go to Idea Place & vote

SAP is working on a non-HANA based Lumira Server 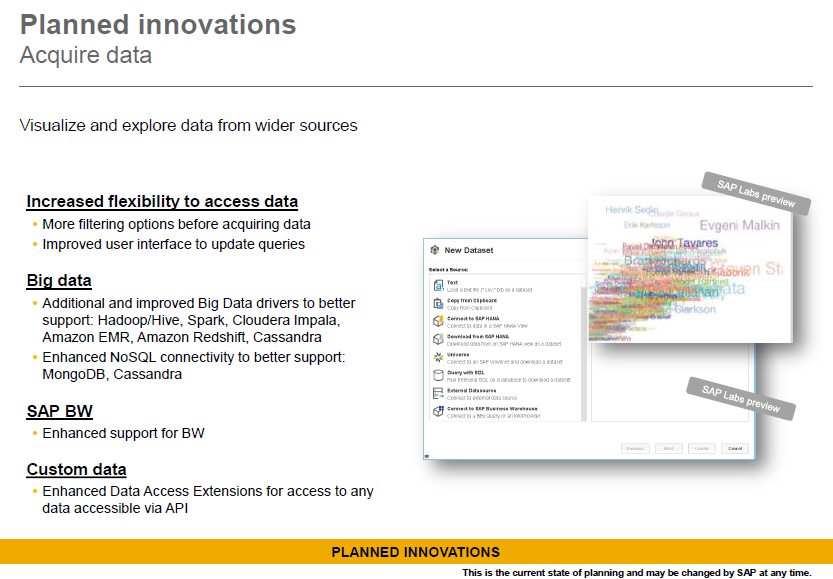 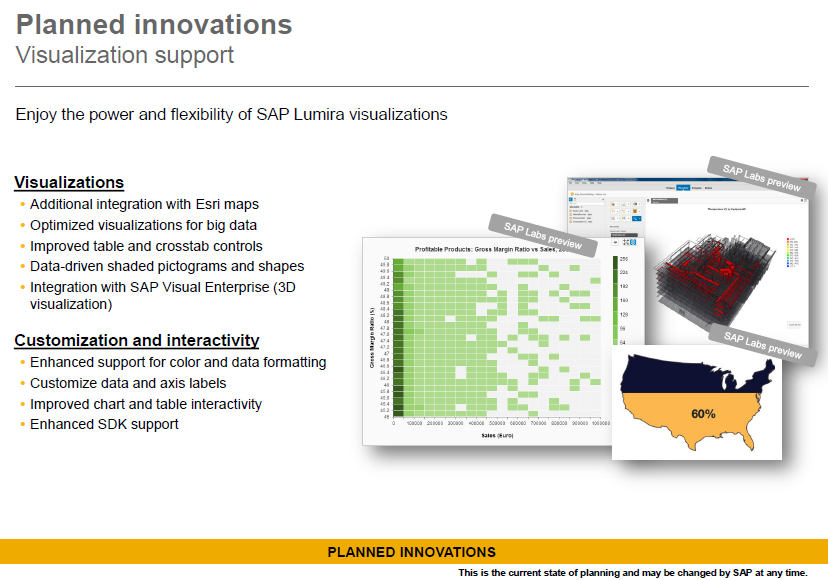 SAP wants to work on ESSBase and more 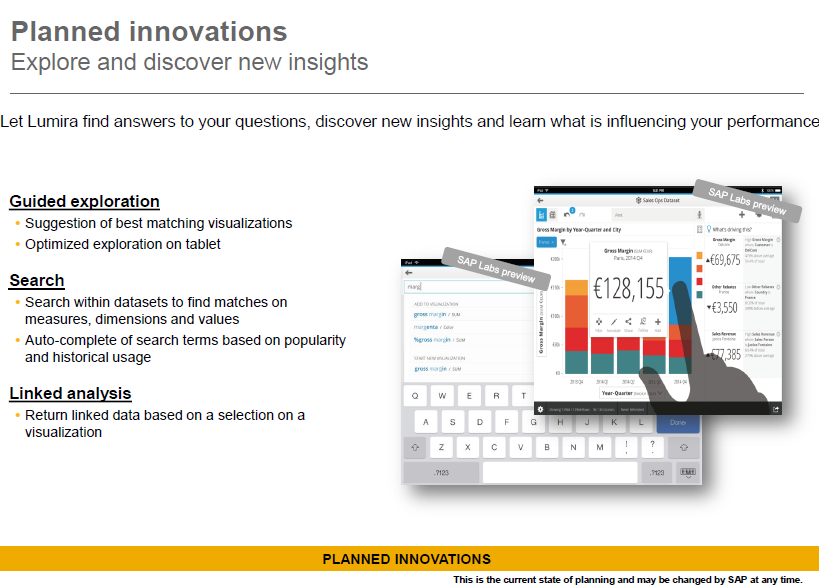 Auto-complete, linked analysis, and more suggestions for visualization are planned (shown in Figure 5) 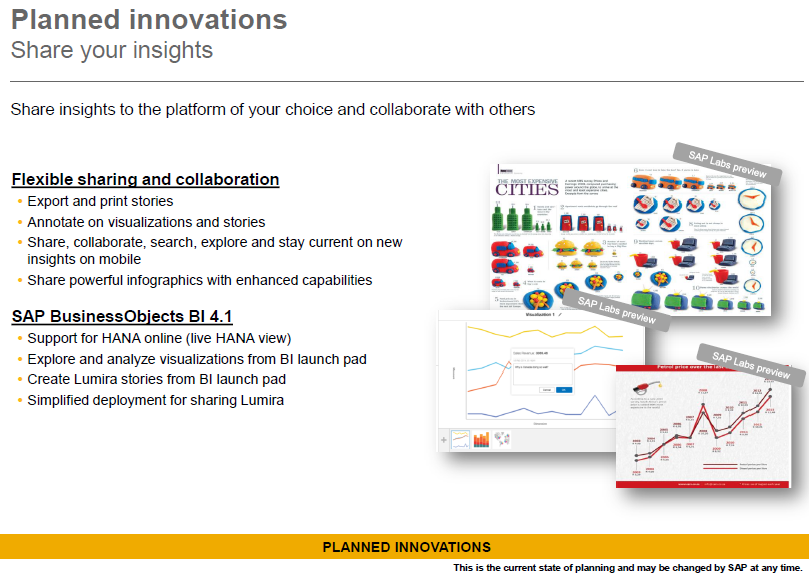 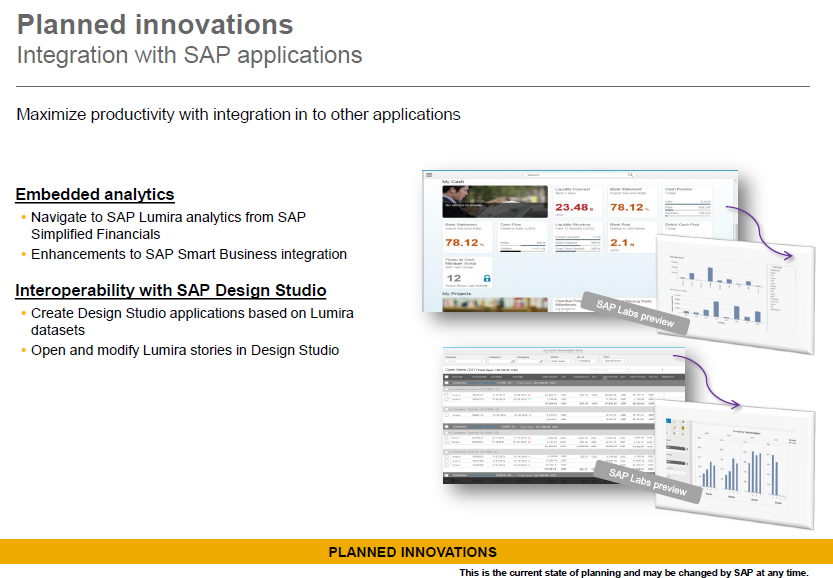 Allow for web based content that doesn’t require HANA platform

Lumira Server to be running on BI platform 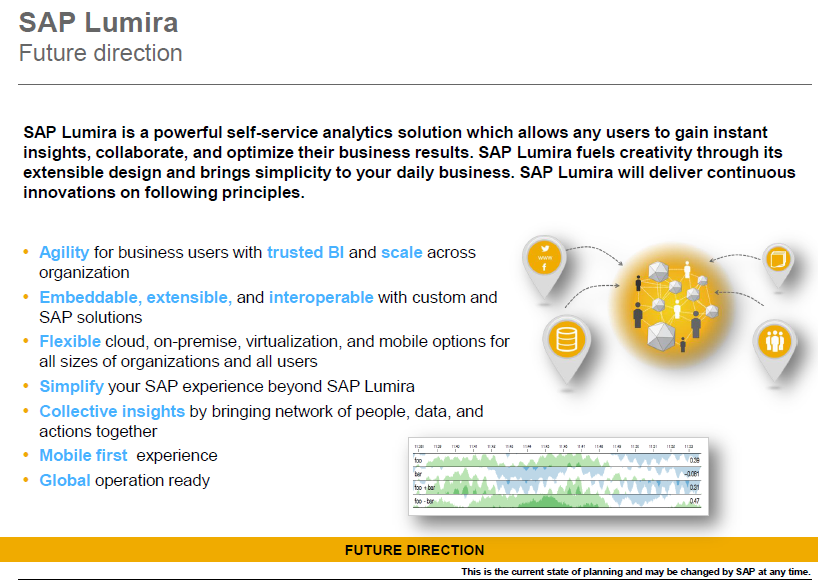 In the future direction, SAP plans to use the Visualization room on the mobile device

Data feeds so you can like or unlike Lumira document

TOMORROW: Tomorrow is the sign-up for hands-on sessions at SAP TechEd && d-code Las Vegas.  Here is the link to all the sessions mentioning Lumira

September 30: BI with Lumira Roadmap Update – the Future of BI with BusinessObjects