A Customer Use Case: Transport of Copies (ToC’s) in the Defect Correction

Today I will share some other type of blog, not directly from me but hopefully worth sharing…

Some weeks ago I got an email from an internal consultant having a specific problem. He was asked to implement the Transport of Copies functionality for a customer at the Defect Correction (in SAP standard it is only available in the normal change).

He encountered an issue because for the ‘Transport of Copies’ button on the ‘Transport Management’ assignment block this was hard-coded blocked for the Defect Correction.

I would discuss it with my colleagues if we can open the Defect Correction up in general for ToC and would create a note for it.

So, please be aware that this is not double-checked by me ;-). No guarantees from my side. But as we know our customers they are the final instance in testing, so hopefully everything works fine :-).

The customer has a 4 System, 5 Client landscape, in which the Development System contains two Clients, namely ‘Development’
and ‘Unit Test’.

The customer’s Implementation Project has moved into the Test phase to allow Integration, User Acceptance and Performance tests
to be performed in their QA and Pre-Production Systems.

Customer wishes to deploy the Transport of Copies as part of the Defect Correction process to allow configuration changes to be tested within the
Unit Test client before the associated transports are released and committed to the landscape.

The Customer wishes to create the ToC’s automatically based on a change in the Defect Correction’s Status (‘In
Correction’ -> ‘To be Unit Tested’), with the ToC’s then being imported into the Unit Test Client via an import that is scheduled to run every 15 minutes.

Here is a screenshot of the project setup in SOLAR_PROJECT_ADMIN. Note the Unit Test System as Target System as a separate client 512 of the development system RK2.

Note: all of the screenshots are taken from a Development SolMan system against a dummy backend landscape that is represented by multiple Clients within the same Sandbox System. 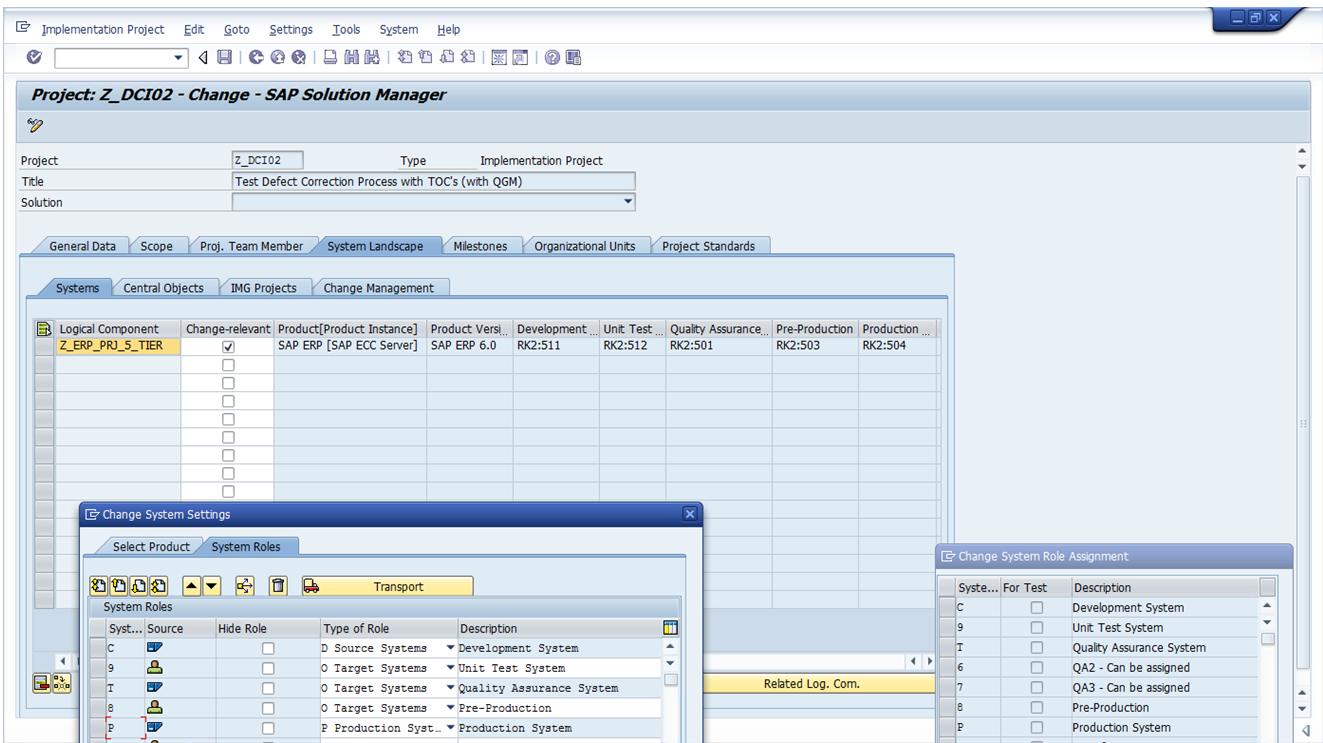 Here is the set-up for a QGM project. As well the UNit test client is visible.

Then we have defined a new user status ‘To be Unit Tested’.

How to enter a new status and adept the PPF actions is described here:

3.) Customizing the ChaRM actions of the new user status

Copy the Actions that perform the ToC as part of the Normal Change process (most notably ‘COPY_ALL’) to that of the Defect Correction via the IMG Activity ‘Make Settings for Change Transaction Types’. 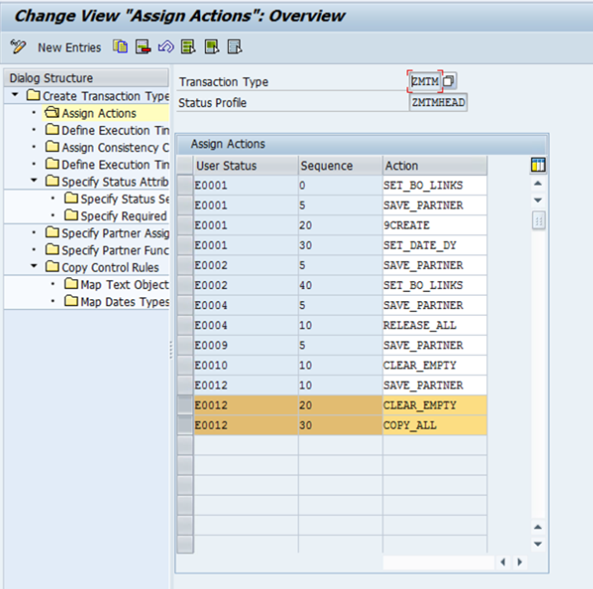 Customize as well the execution time of the ChaRM actions 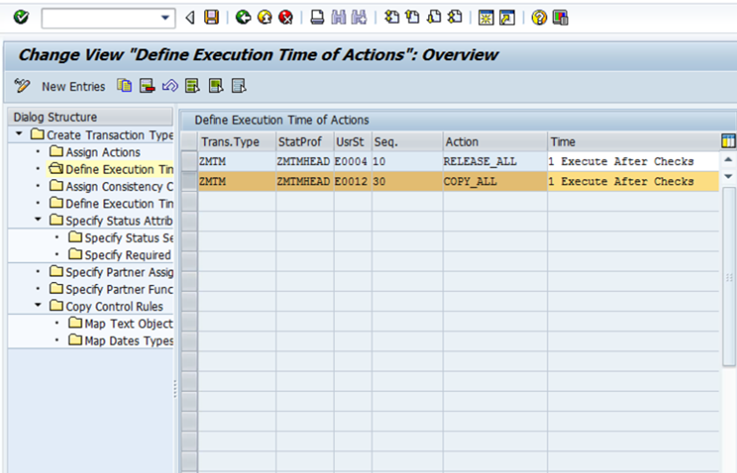 4.) Customizing the ChaRM consistency checks of the new user status

Customize these ChaRM consistency checks, mainly as in the Normal Change.

Last but not least the Phase Controller Model has to be adapted. For your background, the Phase Controller Model controls which actions are allowed in which phase of the cycle. For example, it checks that a Defect Correction can only be assigned to a Change Cycle in phase ‘Test’. It defines in which phases  of a cycle specific actions like reassign change document, assign transports, ToC or create transport or tasks are allowed. Or other transport functions.

Enter the action ‘TM_TR_RELEASE’, so release of transports for the Defect Correction is allowed during the Phase ‘Test’.

Note: the Action IDs listed in this View aren’t the Actions (e.g. ‘COPY_ALL’) from the IMG Activity above. Instead, they are a ‘grouping’ of similar/related
Actions, which we will review and refine in the next step. 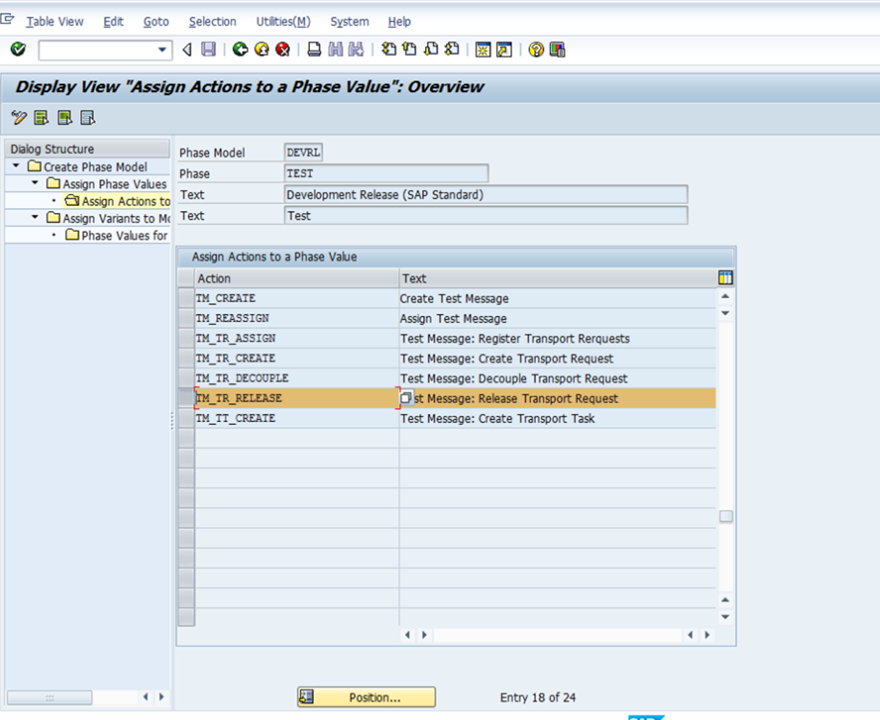 Create a new entry for ‘COPY_ALL_SMTM’ (not specifically ‘ZMTM’ as the generic Transaction Type should be referenced) and map it to Action ID ‘TM_TR_RELEASE’. 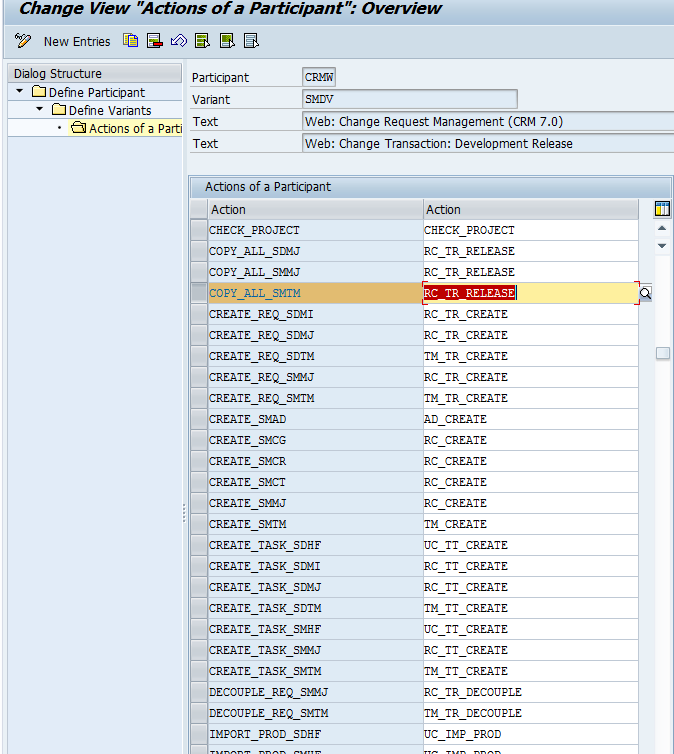 That’s all customizing to be done.

A ToC is now automatically created whenever a Defect Correction moves from ‘In Correction’ to ‘Unit Test in Process’, which is then imported automatically into the Unit Test Client via a background job by report ‘/TMWFLOW/SCHEDULE_IMPORT’ which ahs to be scheduled. 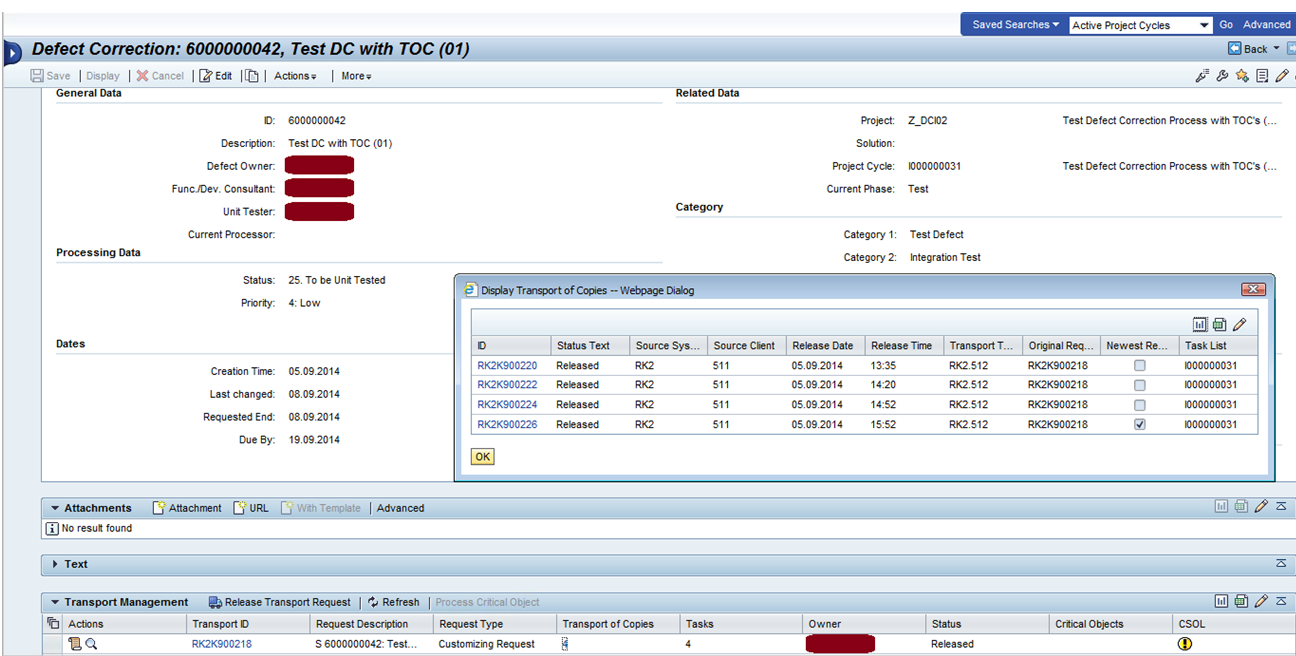 Note: the eagle-eyed may have spotted that we have also configured the automatic release of transports when the Defect Correction’s Status changes to ‘To be Retested’ (from ‘To be Unit Tested’). This is enabled via the same technique as above, albeit by mapping Action ‘RELEASE_ALL_SMTM’ to Action ID
‘TM_TR_RELEASE’. What this means for the Customer is that their Functional/Development Consultants and Unit Testers now execute an identical process regardless of whether they’re asked to work on Normal Changes or Defect Corrections.

So, enjoy, if you find any errors in it, please don’t hesitate t

This is very interesting Michael, I shall give it a try sometime soon. As of now my customer does not have any idea of ToC in Defect Correction, and I hope they do not come across this blog since we are already overloaded 😆 😆 😆 (*pun intended)

Thanks again, your blogs are always very well constructed.

Thanks for sharing this howto ... but I still confused : What is the interest of Defect Correction instead of using Normal Change ?

Normal Change is powerful and very convenient. I use it even during our testing phase...

Hi Louis, the defect correction is the SAP template for the test message. The normal change is for project-based development. In SAP Standard, the defect correction is only allowed to be created during phase 'Test'. And it doesn't need to be approved via RfC, you create it in SAP standard always stand-alone. And the status flow is different but normally customers change this nevertheless.

Hope that clarifies it somewhat.

Thanks for taking the time and sharing your solution with us. I will test it. It's nice to know we can help you with our feedback. I really appreciate it.

I tested it in two different scenarios (landscapes with 4 and 5 clients, but it doesn't really matter) and with and without tasks in the transports (I tested the scenario where objects are included directly in the transport) and it worked properly.

The only thing that I had to do that is not described in your blog was to add an entry for the new status in table AIC_PROC_EDIT for RELEASE_REQU. But I only needed it because I didn't configure the automatic release while setting status "to be Retested" as you did, so I needed the Release Transport Request button to be visible. Otherwise Everything would be ok.

Just a comment: in your picture showing the creation of entry "COPY_ALL_SMTM"  we see "RC_TR_RELEASE" instead of "TM_TR_RELEASE",  but as you explained it correctly in your text, I don't think people will do it wrong.

Thanks very much, happy to know it was checked again that it works 🙂

I have worked in a project with this control and it was awesome.

Bookmarked to try again on future, thank you for share!

Thanks for sharing information. Your post always help me.

Thanks for sharing. I've followed your post  and have it work perfectly. However, my client asked me if it is possible having the button Transport of Copies on the Transport Management Block ?

I have done my search but it seems like it not standard SAP. Do you have an idea?

Hi Annie, for the button Control check the user Status dependent Ui Control in the charm Framework area. It should be made editable for the defect correction with customizing. I am not quite sure if the Code itself allows it. Might depend on your stack...Cheers Michael

would this work the same in Solution Manager 7.2_Focused Build SP02? Any experience there?

sorry to say, I have no experience there. But the general Framework (Charm Framework, etc.) is the same as it is a kind of Add-on. Might be, they are using there own transaction types. As I am changed the department, I am not up-to-date anymore,