I used SAP Lumira to analyze the information on the Spanish Football League 2013/14 and to show it using tables and diagrams easy to understand and visually attractive for the user.

In this first image we can see the Table of the Spanish Football League last season including the following fields:

As can be seen in the table, last season Winner was Atlético Madrid, my team 😉 , with a total of 90 points in 38 matches: 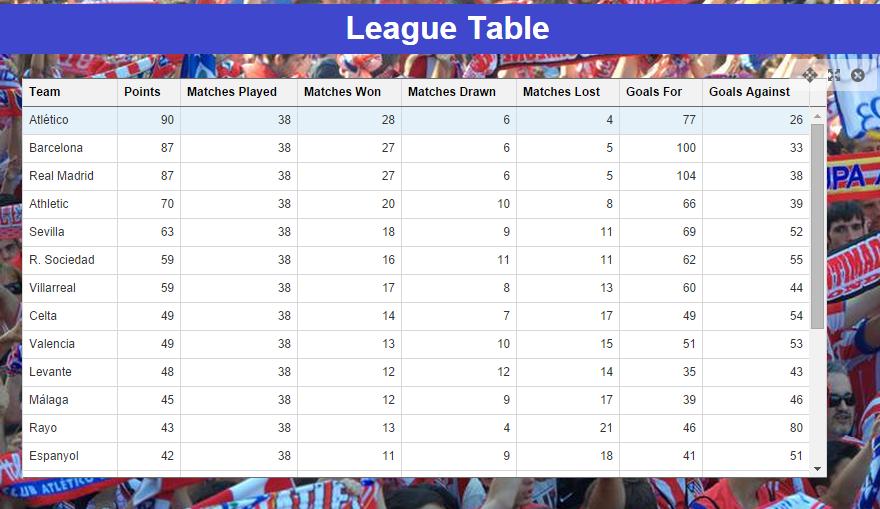 The following chart shows the Points scored by each team :

The next chart shows the Goals For (bars) and Goals Against (lines) of each team. I wanted to highlight my team with its top goalscorer, Diego Costa, as a background image. 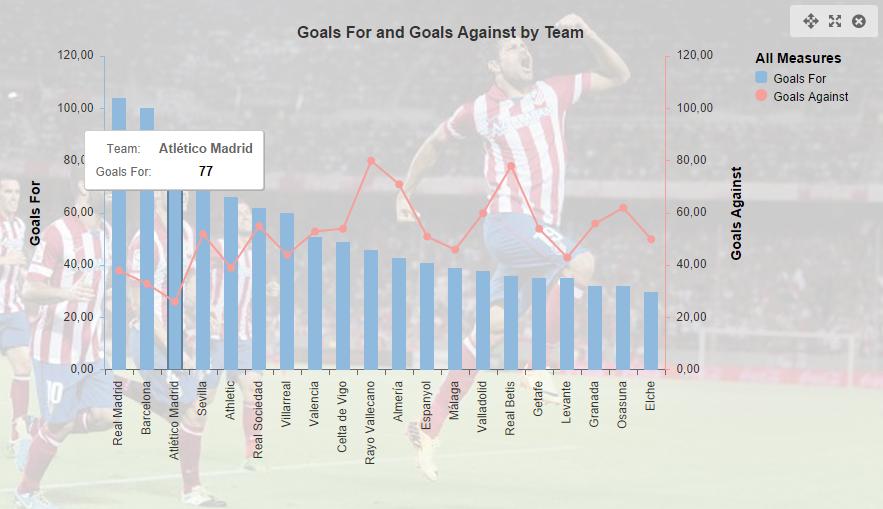 This chart is about the Discipline and shows the teams sorted ascending by the number of total cards (yellow + red) received.  As can be seen, the best example of Fair Play was FC Barcelona and the worst Getafe:

The following word cloud shows the Referees according to the number of cards (yellow + red) shown. The referee who showed more cards was José Teixeira with 135.

Finally, the following chart shows the Best Goalkeeper in this case Courtois, Atletico Madrid goalkeeper, with only 24 Goals Allowed: 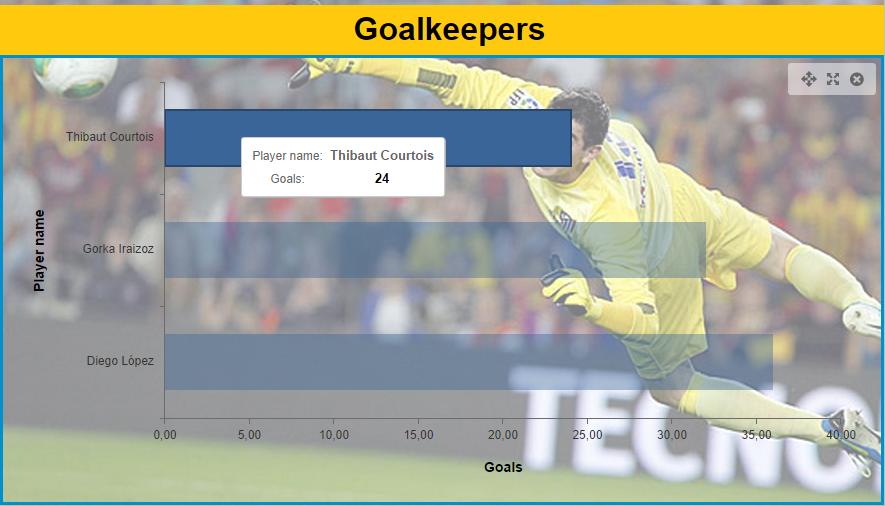 And this concludes my analysis of the Spanish Football League 2013/14 performed with SAP Lumira. A tool to analyze the information in a fast, simple and self-service way, without being necessary IT´s help.