As you may already have heard, we have just launched SAP Mobile Platform 3.0 SP4.  We are providing a series of blogs describing the latest features in this service pack.  Gerhard Henig has already posted a high level overview here. You can also check out other blogs already published including SAP Mobile SDK SP05 and SAP Mobile Platform Server 3.0 SP4.  Stay tuned to this channel for more details on the latest features in SMP 3.0 SP4.

In this blog, l (with help from Karl Stevens) will be going through the latest Agentry features released as part of the SAP Mobile Platform 3.0 SP4.

We have enhanced Agentry with multi-application support.  This new functionality will enable a user to deploy multiple Agentry applications to the SMP3 server starting from SMP3 SP04.

Using the Admin UI, our Agentry administrators will be able to:

Changes to the Admin UI

From the client’s perspective, nothing will be changed. Your users will have the ability to connect and run any one of the applications loaded by an SMP3 server.

Your users will only need to use the application urlPath

We have heard a lot of requests to support an OData Back-end, so Agentry now supports accessing an OData back-end service for consuming data from SAP. 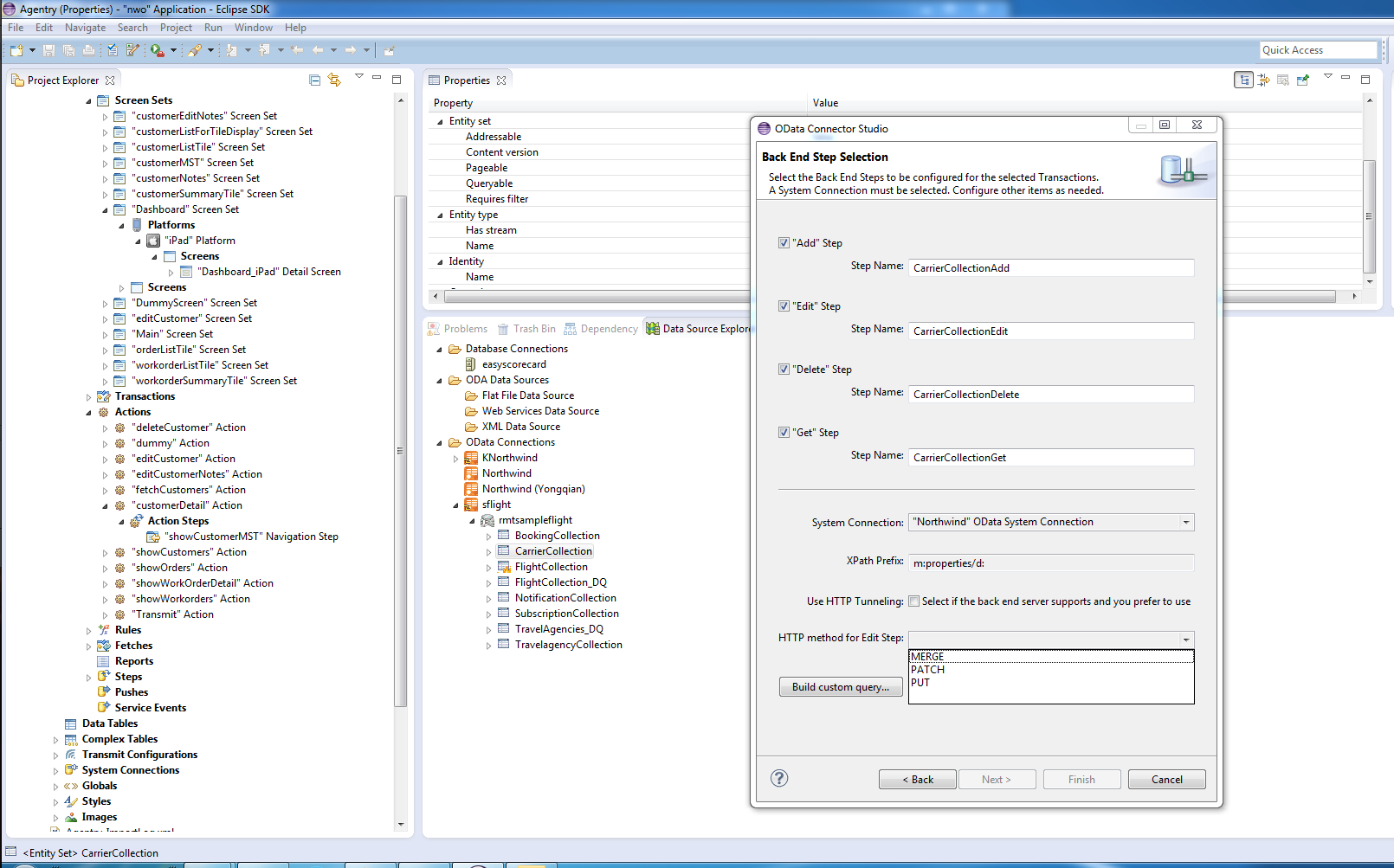 We have also added support for CSI Authentication. The CSI tool enables users to debug authentication failures and validate your security configuration with applications outside of SAP.

With enhancements to Agentry, third parties can develop a custom module for retrieving credentials that will be provided to the SMP server from the Agentry client.  The module will then provide the Agentry Client with the credentials in the form of an X509 client certificate, which will be returned in response to an X509/SSL client certificate challenge from the server.  The use of X.509 certificates in combination with a password qualifies as 2-factor authentication, although 2FA can take many other forms (security tokens, biometrics, etc.).

With the addition of end-to-end tracing, our users can enable tracing from an Agentry client (iOS, Android, WPF)

The client UIs for Agentry have interfaces via the About dialog model controller that allow it to set log level and whether tracing should be active in the next connection. These will in turn communicate this information to the ClientAppManager, which will use the standard implementation to actually start and stop the traces.

Each SAP Passport (or just passport) is a piece of data encoded into a string that indicates that tracing is enabled and active, at which level is tracing being
done, the trace context id, the trace request transaction id, etc … Each passport is sent to the server inside its corresponding Agentry message. This data will later be used in Solution Manager to assemble the entire trace log.

The user will be able to change the enabled-ness of tracing and the trace level from the About dialog in the client. Both settings are selected from a single UI
interface that provides four states: off, low, medium, and high (the last three imply tracing is ON).

Changes to these settings will take effect whenever the connected status of the client changes. So:

SDK Enhancements
With the latest version of Agentry, we have enhanced the UI capabilities to enable our application designers to have more control.

Slide out Menu
Application designers can now specify whether a client user sees a slide out menu or traditional tabs for navigation between screens in a screen set.

A client user clicks on a clearly identified part of the screen, a “tile”, to view more details related to the contents of the tile.  This is useful to create dashboard pages that include tiles with live information. 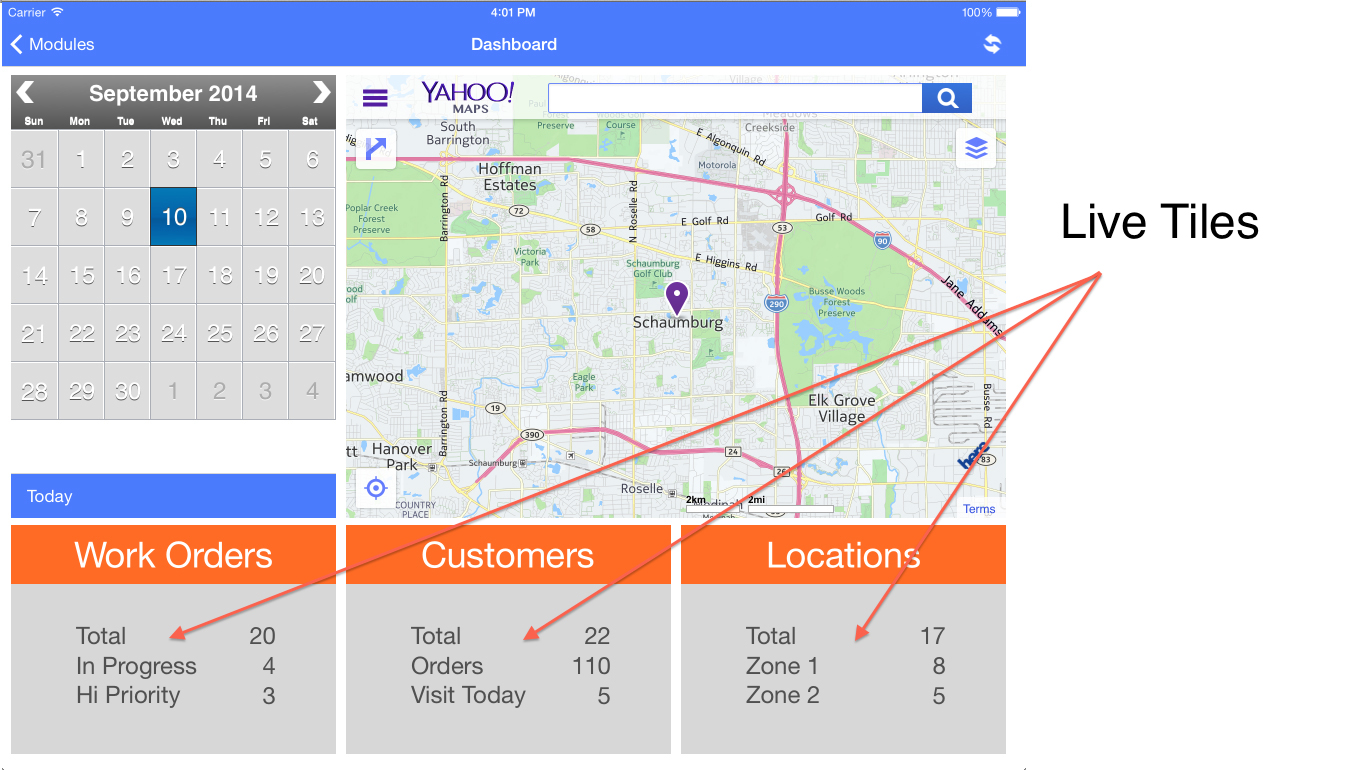 Multi-screen Tile Display style enhancements
Styles can be defined for tiles separately from the overall application.  This gives the designer even more control than in previous versions.

We have tested the current Agentry features and Agentry-based applications on iOS 8.  The features are supported and should continue to work as expected.

Even with the recent availability of iOS 8, I wanted to share some of the enhancements available for clients that will remain on iOS 7 for a bit longer.  The Agentry Client iOS application has adopted some of the iOS 7 concepts and made many UI changes to align itself with the look and feel of the new OS. These changes are described below.

Agentry has included an option to draw controls edge-to-edge to match the iOS 7 look and feel or keep the iOS 6 built-in margins.

One of the most noticeable changes introduced with iOS 7 is the change to the application’s Navigation Bar. This is the new default navigation bar for  Agentry:

We added support for the “Tint Color” concept using the Application Button Style. Here are some examples of the same Agentry Detail Screen using different tint coagentry_ios7lookandfeel1.pnglors compared to the iOS 6 look and feel where bar buttons were not customizable.

We have made the Screen Buttons customizable. Now, just by using PNG images, your application can have the look and feel of other iOS apps out of the box.

For more information on the latest features in Agentry and Agentry-based apps, check out the following sessions at d-code:

View the TechEd DCode mobile sessions overview blog for information on all DCode session relating to the SAP Mobile Platform.

Follow us in any of the social media channels 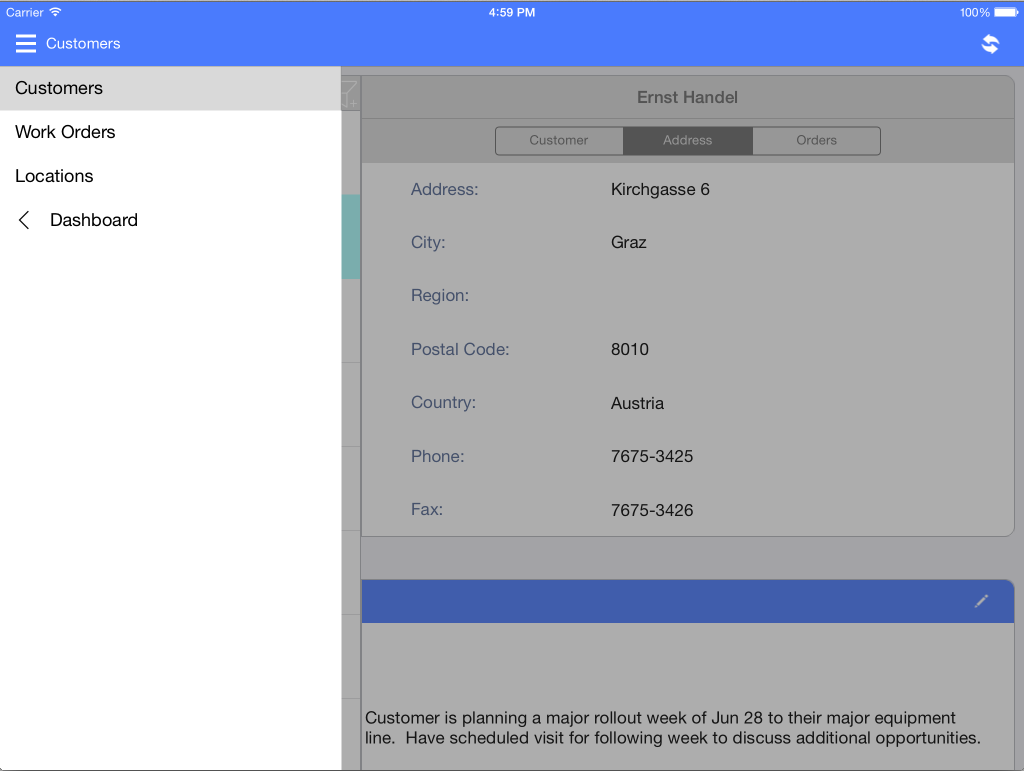 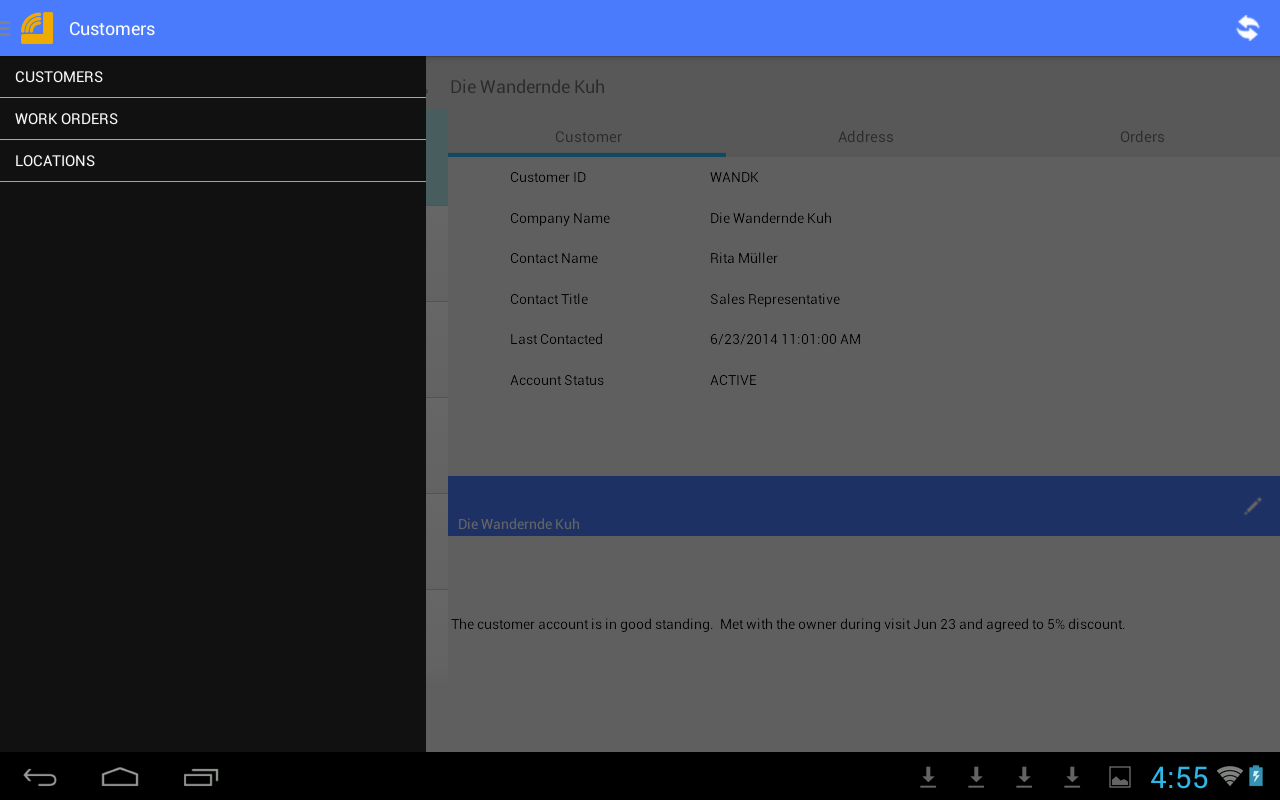 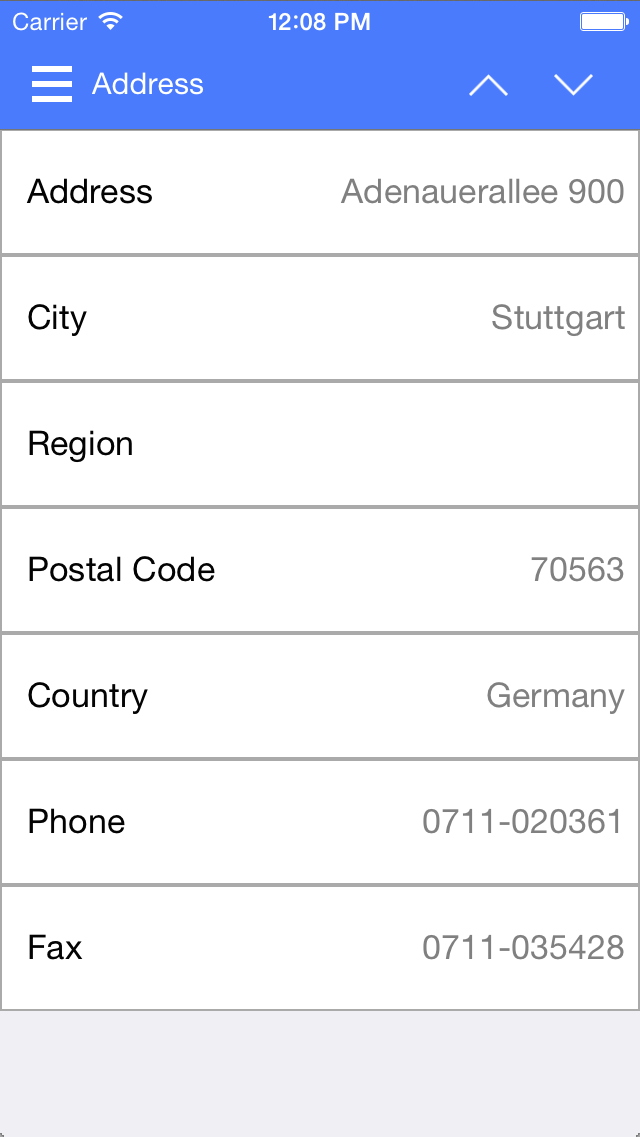 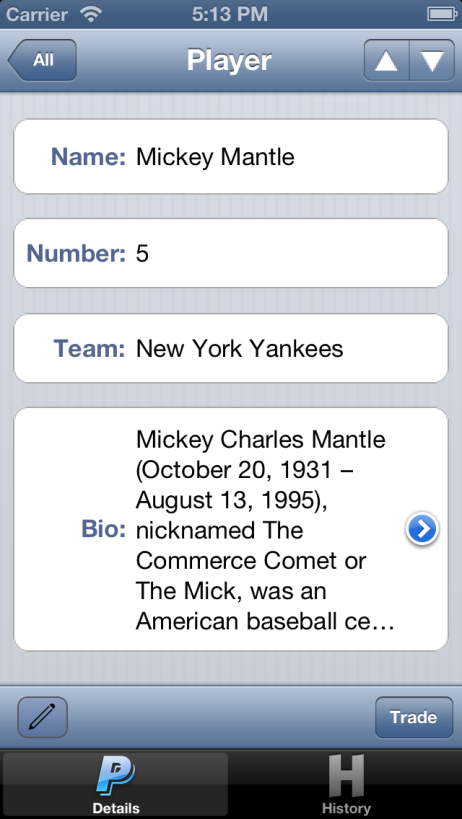 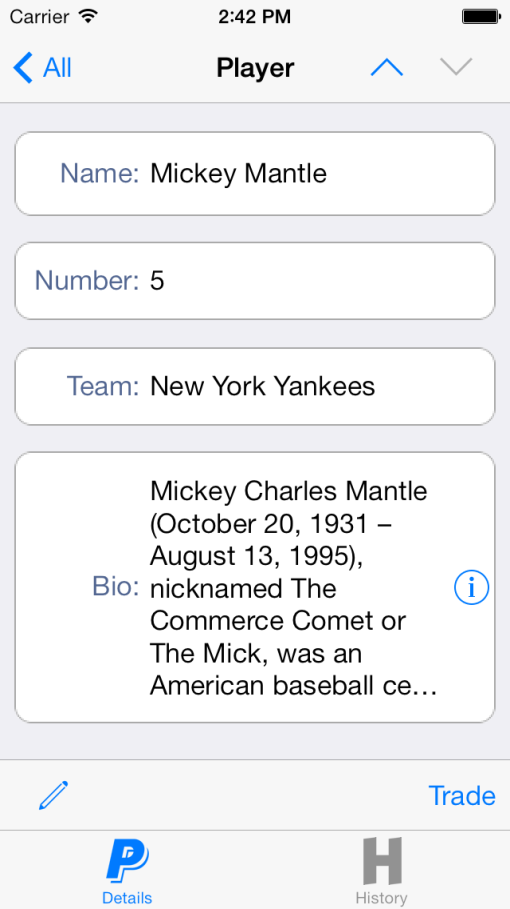 This is to help add more information on the limitation as we received multiple questions about this SCN blog that talks about E2E tracing. The SAP note provided is the answer up to the latest releases (~SP8). Addition of the tracing in Solution Manager in any of the SAP products (Work Manager, Inventory Manager, Service Manager and others) is TBD (in the roadmap).

We try to enable E2E tracing for our workmanager 6.2 app.

We currently use SMP3 SP6.

We enabled client tracing (high) on our mobile device and we see in the transmit tracing is activated and sent.

SMP3 is configured with our solution manager url (http://xxxx:xxxx/E2EClientTraceUploadW/UploadForm.jsp)

As this is an agentry app, we don't have client policy to configure. Also we don't have registrations where we can set client uploads on an individual basis.

However we don't see any client logs on our SMP3 system.

What are we missing? Does SMP3 write the btx files to some folder, so that we can verify if something has been received by SMP3?

Hi. My statement above about reading the KBA + stating that the actual Work Manager product does not have it built-in yet. So in this case, we have no out of the box examples to share yet for SAP Work Manager.

thanks, documentation was misleading