I joined SAP China labs since 2007 and am working as an application developer till now. Before I joined SAP, my favorite programming language are C and C++, and I also make money by using them. And after I join SAP I soon realized that ABAP is a powerful and robust language to build enterprise application, so I concentrate myself on learning, exploring and sharing my tips on using ABAP, and I have already posted lots of blogs & documents on ABAP forums in SCN. During my seven years’ ABAP development, SAPLogon ( SAPGUI ) is my weapon to deal with CSS tickets and incidents from our customers, just as a warrior fights with a dragoon using his sword.

My Opinions on feature explorer of ABAP in Eclipse

Everyday I go to office, the first task is to get a coffee and launch SAPGUI. I get to know ABAP in Eclipse in year 2012 by going through sap internal wiki on it. My first feeling is ” wow, so cool! The colleagues in ABAP in Eclipse team did such a great job! “. I installed it and tried to use it in my daily work. After several days’ attempt I choose to switch back to my favorite SAPLogon. The major reason is I find it is more efficient to use SAPLogon than AIE ( no offense, just my personal opinions ). I will explain it in more detail later.

Now let’s go back to the feature explorer.

In brief the feature explorer is quite handy and practical to on-board new developers! As far as I know, at least in China, every graduate who majors on computer science could use Eclipse & Visual studio quite well, so this feature explorer can really guide our beginners to ABAP world smoothly, and make them fall in love with ABAP quickly 🙂 ( I still remember my tough days when I struggle with SAPLogon as an ABAP newbie ). So suppose there are new colleagues on-board in my team, I will definitely recommend him / her to first go through this feature explorer. Thank you for your great job!

Some other feedback on feature explorer of mine

1. The progress of feature explorer is not persisted?

I find the IDE could not store the progress of the feature explore tour. For example I have finished stage2,3. When I reach stage3, task 1 (code completion ), I could like to first have a look at what code completion features provided in AIE, so I perform the search via the keyword like below. Once I click “Go”, the IDE is terminated and the window disappear automatically. I can always reproduce this issue.

The annoying thing is, when I relaunch the Eclipse, I have to start tour from stage1 again 🙁 My previous progress is not stored.

Of course I agree this issue does not matter too much since it would not take too much time to even go through the whole explore tour, so it is OK that progress is not stored.

2. For the task “Use the Code Element Information in the source code editor”.

Firstly when I select the method RUN in declaration part of class and press F2, I only get this message “Code information is not available” 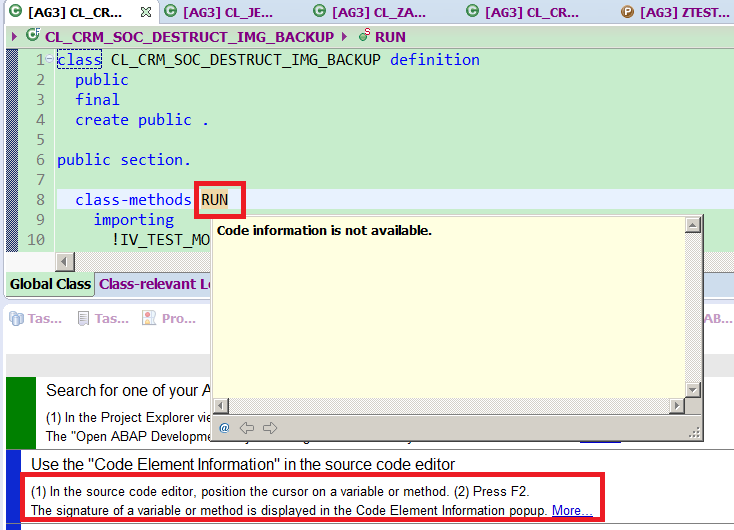 When I click it for second time, it works. I am not sure about the reason of this behavior. 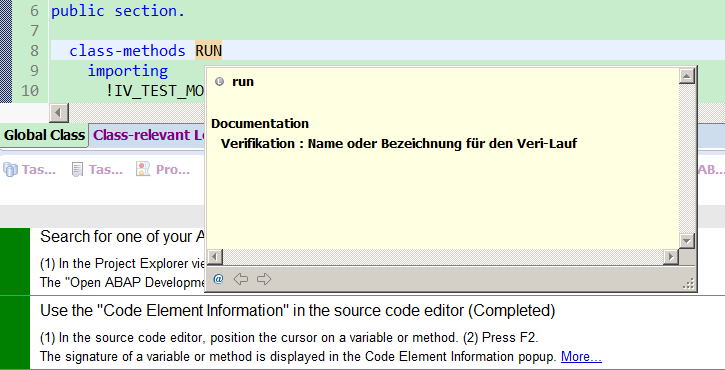 is it possible to reuse the icon in SAPGUI? ( so that an ABAP veteran can quickly find it in Eclipse )

5. for the code completion task, I am afraid at least in China it is impossible to finish this task if default setting on oyur laptop is not changed.

We have to either replace the hot key “Ctrl+Space” to others in control panel, or to change the code completion hot keys in AIE.

I guess most of developers will choose latter, just as me. Unfortunately I don’t know how to change it in Eclipse, so I try to search it in Eclipse but without success. 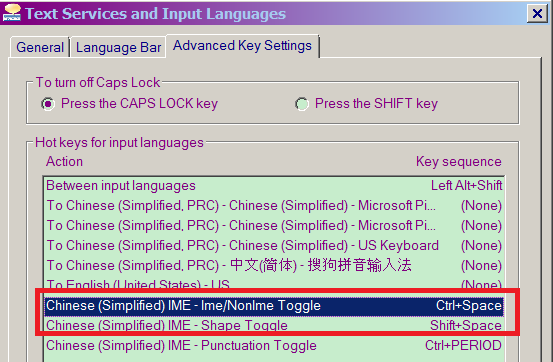 It would be better if the tour could itself contain how to change the hotkey for code completion in IDE.

6. I would assume it would be better, if some basic debugging operation is included in the tour.

The reason why I keep on using SAPLogon but not AIE

As a senior developer, I have to deal with many complex and tricky customer incidents. So an power and efficient ABAP debugging infrastructure is vital to me. I have contributed to SCN with my experience about how to make good use of ABAP debugging functionalities provided by SAPLogon. Some of them listed below:

In short, in SAPLogon it is supported to create a various types of breakpoints dynamically which help us greatly to find root cause in a more efficient way. I am not sure whether the same has already been available in AIE.

Some other functionality I have explored in AIE

My favorite feature is that in AIE many necessary information regarding my daily work could now be displayed as separate tab.

It means now I can just check the following stuff in a single window, without opening too many SAPLogon screens:

2. check ST22 dumps in each system

Another one is the trace and log functionality provided by Eclipse IDE.

Previously I am very curious about how the AIE could manipulate the ABAP stuff hosted in application server. By leveraging the log function in AIE, I succeed to understand the whole magic and write this document about my findings: An example to help you understand how does ADT work

I have already introduced AIE to many local consultants in China to have a try. Great thanks to those colleagues who have contributed a lot to AIE to make it work!

thanks for the feedback. I found a possibility to change the key binding for content assist.

Hope this works for you also. 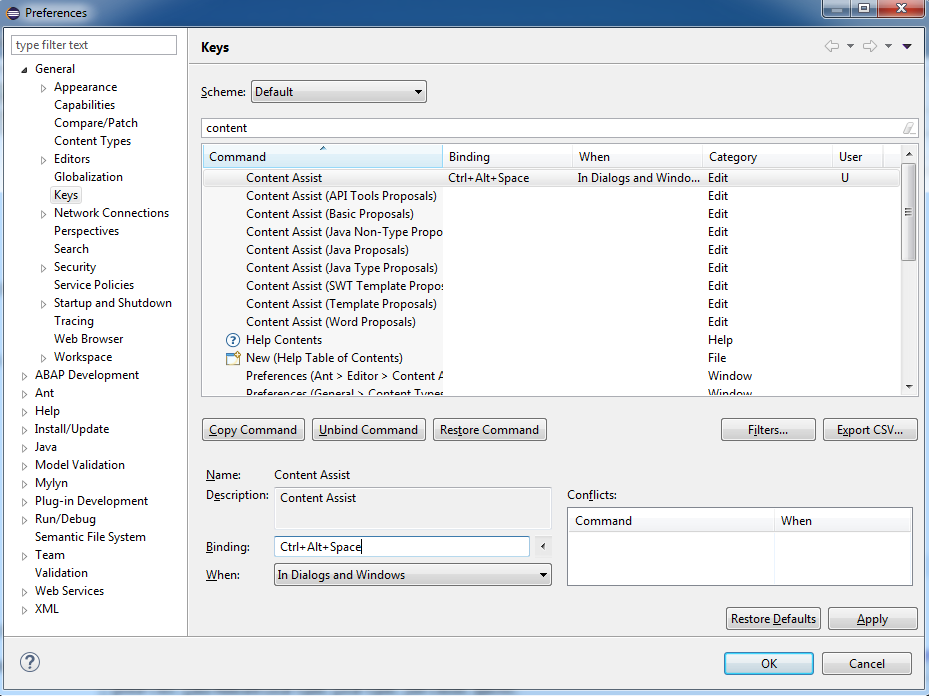 in the meanwhile we also have a powerful debugger in Eclipse. You can also set dynamic break-points and watch-points: 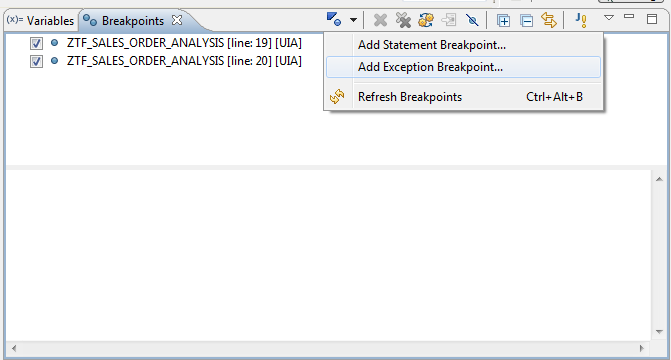 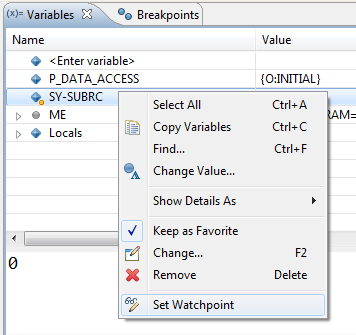 Maybe you test drive this and give us a comparison with the GUI debugger.

You can also edit your code within the same window debugger session.

This is great news! I am glad to know this. I will definitely try it and give you feedback 🙂