When was the last time you opened up your iPad to do some serious work?  By serious work, I don’t mean sending and receiving email or even creating a word document.  I am talking about the kind of work that you would normally do at the office.  Like for example, I can recall many instances where my boss wants a certain file from the corporate network and check on the status of a customer ticket and see if I can reproduce the issue.  My response is always, “I will look into it as soon as I get to my laptop”.  I am sure most of you have seen the ad for a trading company on TV about a young boy asking his dad, “Why not”.  For international audiences that might not have seen the ad, it’s a young boy asking his dad, “Why not” to question why things are done a certain way that defies logic.  You can easily see where I am going with this.  The young boy in all naivety can easily ask me the same question, “Why not now”.  That’s precisely where the future of enterprise mobility lies.

I will be writing 3 blogs as part of a blog series that got started on September 15th with the announcement of the availability of the SAP Mobile Platform 3.0 SP04 (hereinafter referred to as “SMP Server”) and SAP Mobile Platform 3.0 SP05 SDK (hereinafter referred to as “SMP SDK” or “SDK”) Link to overview announcement blog.  You will also find an overview blog for the SMP Server and the SMP SDK covering the various features available in these 2 releases.  In this blog, I will focus on the reasons behind supporting Windows in this release. In the next 2 blogs (Part 1 and Part 2), I will focus on building applications on Windows 8 / Windows Phone using the new SMP SDK.  In addition to building applications on Windows 8 / Windows Phone, you can also build applications on any machine running .NET 4.5. 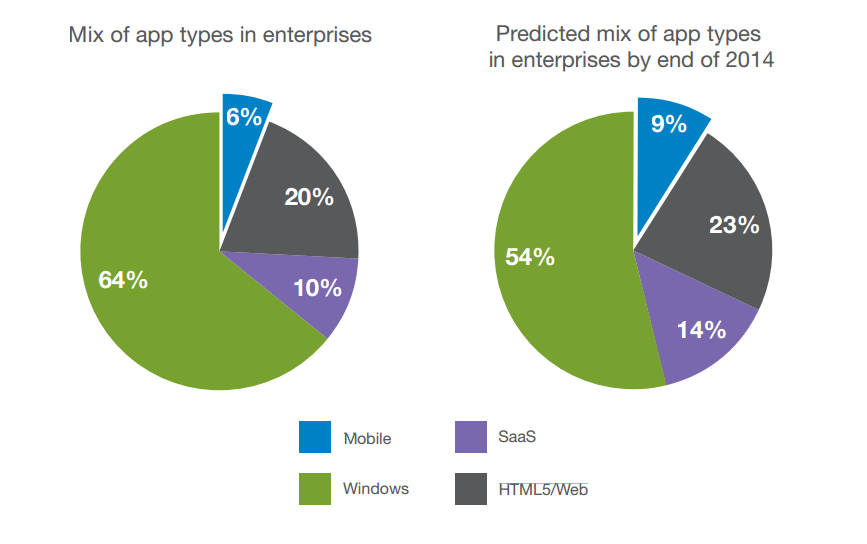 In another IDC survey, the overwhelming expectation from organizations building mobile enterprise applications is to improve worker productivity (productivity being defined as having the right information in the proper context and more importantly providing the ability to act based on it). 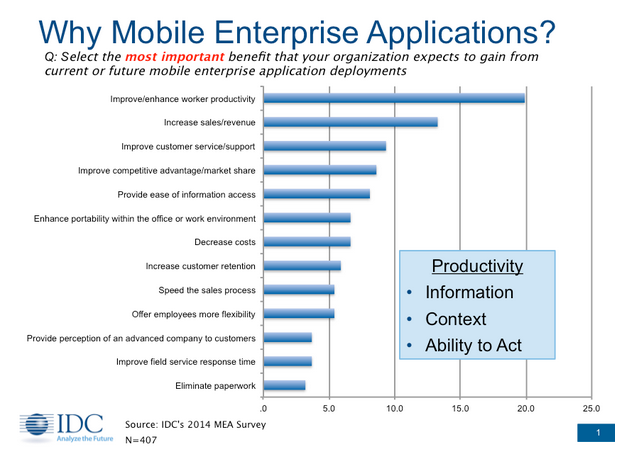 With Windows 8.1 Update 2, Microsoft has made tremendous enhancements in making the new operating system a robust enterprise platform of the future.  Furthermore with Surface Pro 3, Microsoft has blurred the lines between the traditional laptop and a tablet.   The cost benefit of having a single device (for example, instead of having a laptop and an iPad) is phenomenal.  Companies such as BMW Group, The Coca-Cola Company and Louis Vuitton Moet Hennessy have committed to deploying Surface Pro 3 as one of the choices for their enterprises.  The demarcation between mobile space and office space has virtually disappeared with the new Surface Pro 3.  I can no longer tell my manager that I need time to get to my laptop.  My Surface Pro 3 is my new traditional (oxymoron usage intentional) laptop.

Recently, Microsoft and SAP announced a partnership program that allows SAP solutions to run on Microsoft Azure.  In addition, in the latest service pack of SAP Mobile Platform, SAP has added support for Windows mobile devices, tablets, laptops and workstations.

In my next few blogs (I will try to include some code samples as well), I will talk about the features that have been added in SMP SDK to support Windows. The synergy in supporting Windows using OData Services in palpable.  As we all know, OData is a data access protocol initially defined by Microsoft, but now (OData version 4.0) being standardized at OASIS. The really nice thing about SMP SDK is that it not only supports the Windows Store applications but it also supports any Windows machine running .NET 4.5 or higher.  So in essence, you could build an application using the SDK for both the new Windows 8.1 operating system and also for older legacy Windowsmachines running .NET 4.5 or higher.  Also, using the Universal Windows app project templates, it is now possible to build applications using a single code base that runs on Windows Phone and Windows.  These are exciting times in the mobility arena and I am quite optimistic about the future of SMP Windows SDK.

In conclusion – why not now?

Enterprise mobility must answer the question, “Why not now”.  I believe we are now closer than ever before to make it happen.

Nice blog..looing forward for the part1 and part2!

Great blog Milton. Like how you make your point here. Keep up the good work !