September 2014.This event was ABAP on HANA and SAP gateway .It was perfect platform to

share your thoughts, get knowledge,make new friends, work on new tools of SAP and much more.

The event started with the brief introduction of below mentioned

After which we started working on given assignments.

These sessions were very memorable and useful. An ample amount of time has been spent

During hands on found the syntax of SQL is quite different but not difficult 🙂 . Through out

the session whenever we get any query,issue or doubt , Sundaresan Krishnamurthy ,

Ajay Soreng , Atanu Mallik and Mohan were explaining in easy way. They were

exploring the subject.I really appreciate them for conducting such wonderful CodeJam

session in amicable way and with such ease that even though it was my first time,

I’d like to attend every time wherever it will conduct in Pune. I will also ask my friends and colleagues for the same. 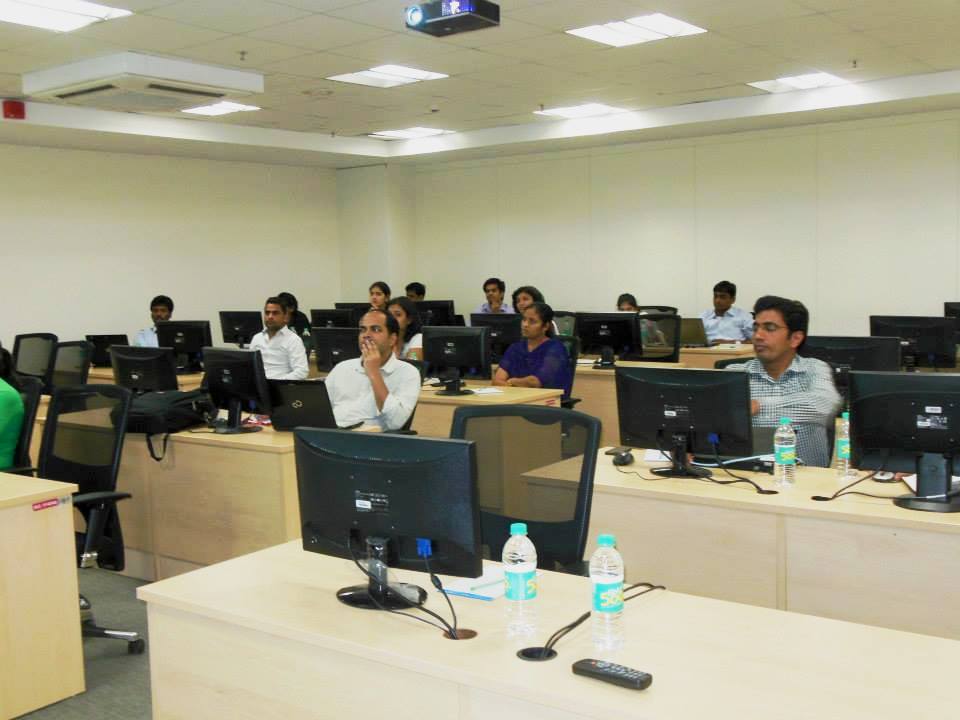 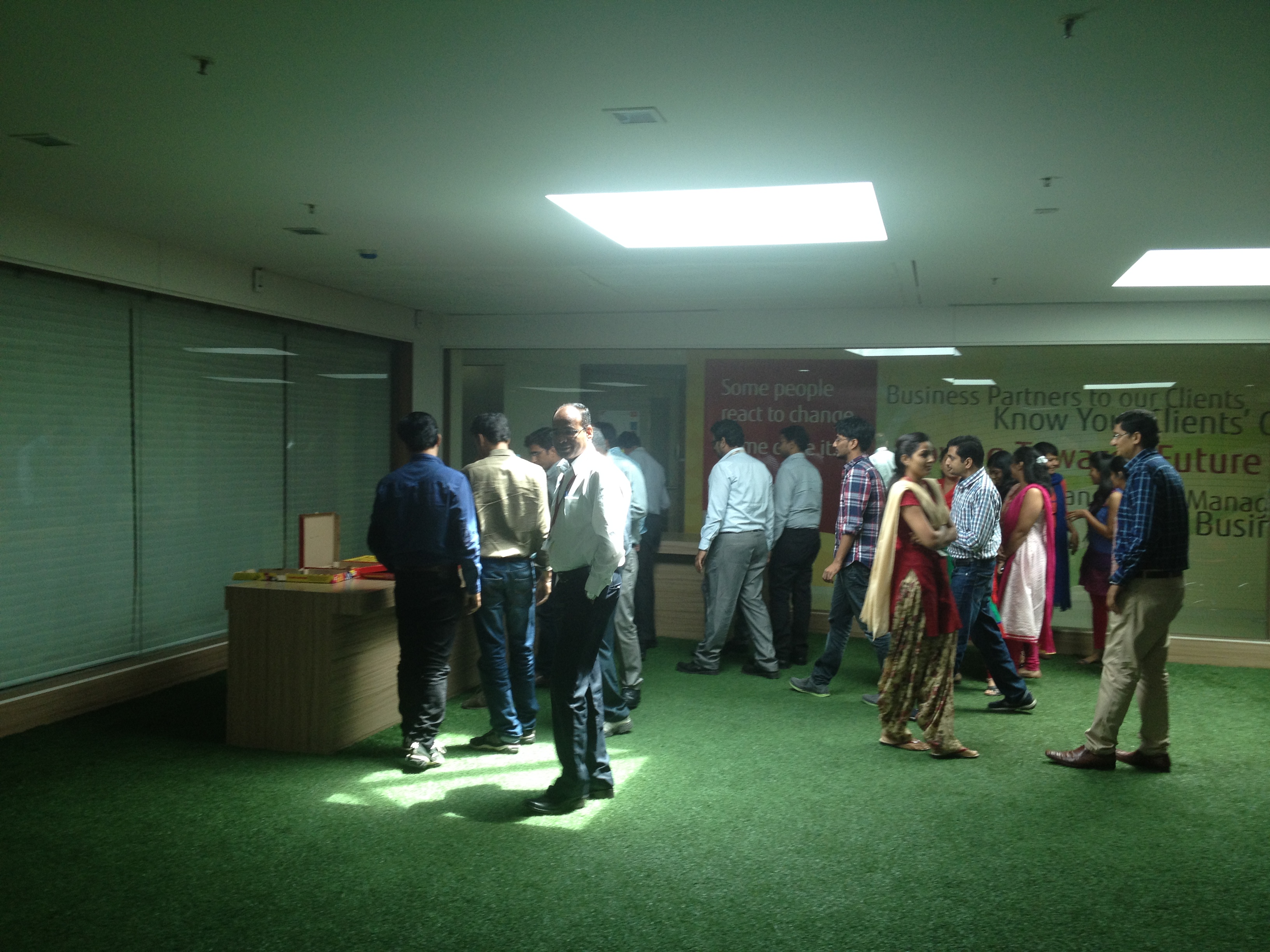 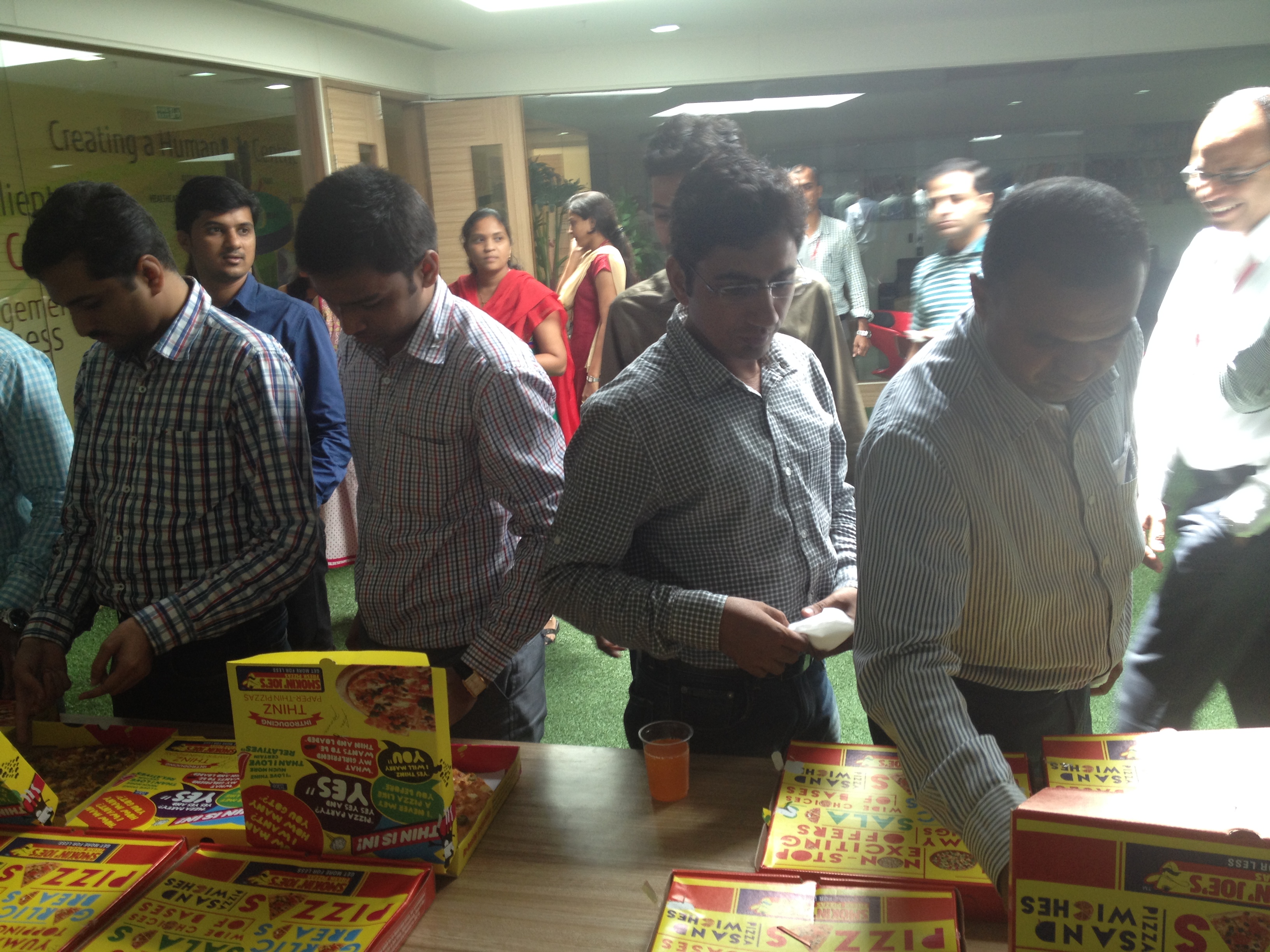 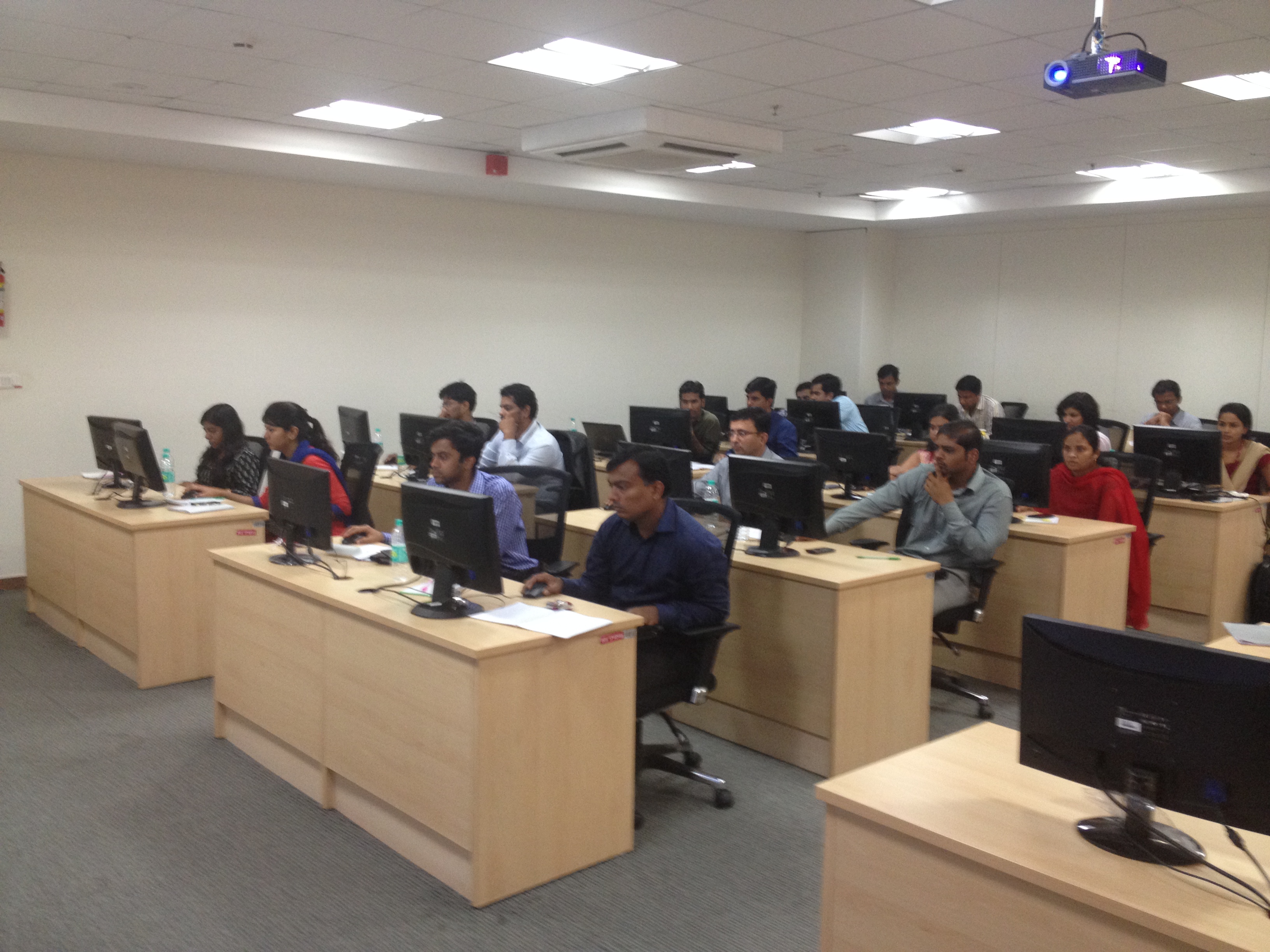 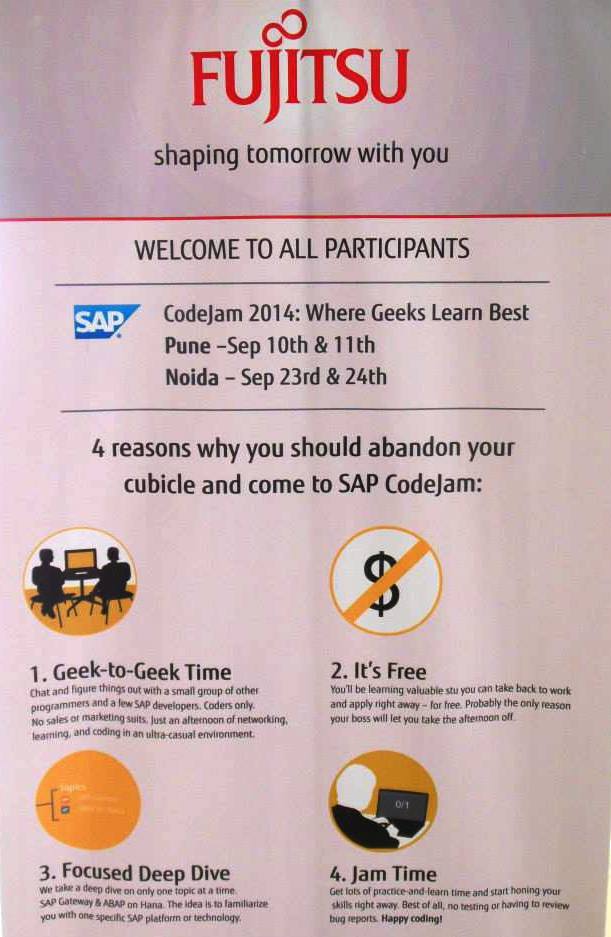 Thanks Pravin for Sharing information in SCN.

thanks for your post, found some good information for my presentation =)

Thanks Pravin for Sharing this....

Thanks Pravin for the insights..

It was superB event, given very useful info on performance improvement remotely... 🙂