Russia Invests in Agricultural Sector and IT Innovations: Can SAP Make a Difference?

Today, if you walk into a local supermarket in the south-western part of Moscow, you won’t find French cheeses, beef from Poland, and fish from Norway any longer. Almost a month ago, on August 7th, Russia banned imports of a wide range of U.S. and European foods in response to Western sanctions. Prime Minister Dmitry Medvedev outlined such imported products as beef, pork, poultry, fish, fruit, vegetables, cheese, milk, and other dairy products subject to the one-year ban. Among the countries that no longer will export to Russia are the U.S., Canada, 28 European Union countries, Norway, and Australia. 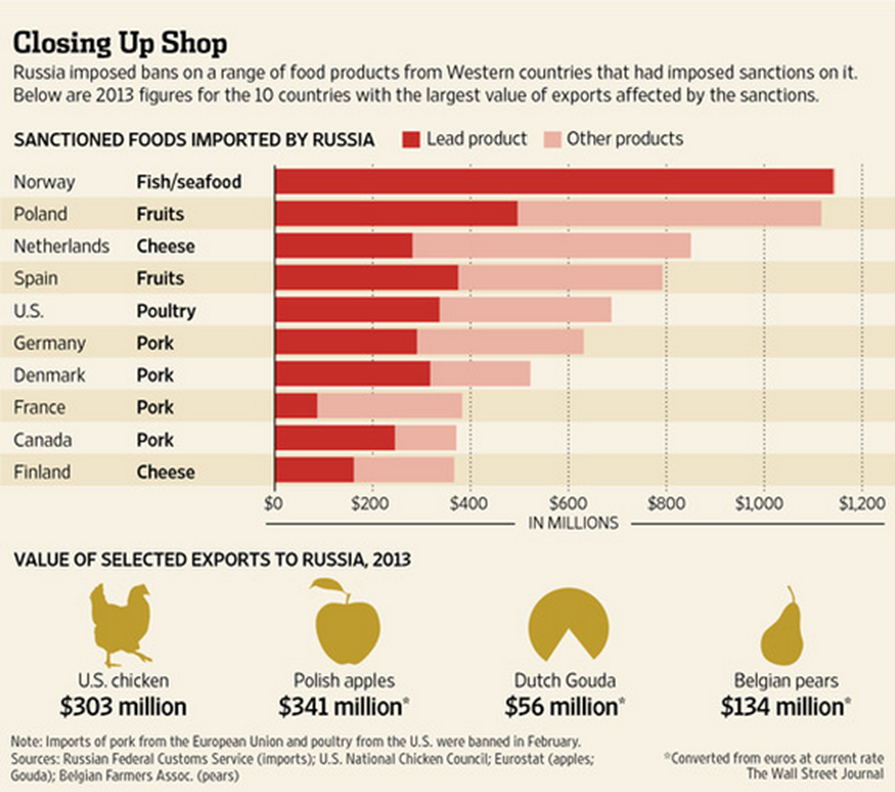 For some European food producers and farmers from France and Greece, the loss of the Russian market may lead to sad consequences, especially now, during the falling prices and Europe’s slow economic growth. As for Russia, the list of products should not hit ordinary Russian consumers too much. But as some economists foresee the ban on imported goods could backfire by driving up domestic food prices, at least in the short term.

However, Russia’s Prime Minister was not concerned about it, as the Guardian stated. “I am sure that our market will be filled with fresh quality Russian products, which anyway many Russians prefer to the imported ones,” Dmitry Medvedev announced.

According to RosStat, in 2013, the prices on the agricultural produce in Russia went up 26,3 %. Now the question arises whether or not Russian agro-industrial complex is ready to produce enough crop, vegetables, milk, meat and other produce to feed its people, taking into consideration the fact that agriculture in the country builds only 4,4% of the GDP providing jobs for 10% of Russian citizens.

To picture in what condition the industry is today, here is the overview of Russian agro-industrial complex in comparison with the leading developed countries, according to Newsru.com: 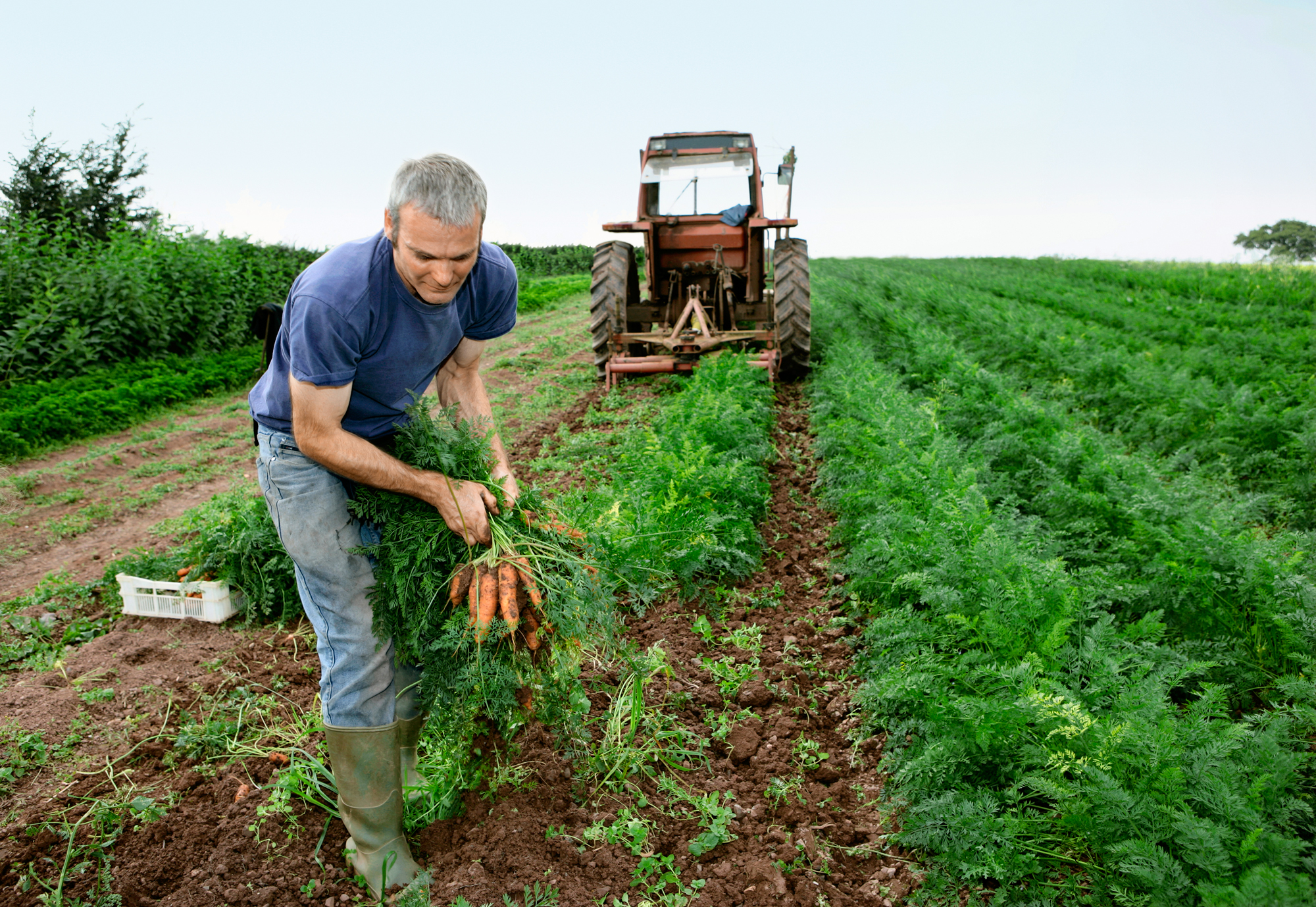 In spite of all the above facts, agriculture is one of the prioritized and the most promising fields for the government. According to Newsru.com, by 2020, the country plans to invest in it up to $54 billion (2,28 billion Rubles). It’s quite obvious that the industry should seek for internal resources and use innovative methods to revive its infrastructure. To achieve this goal with success, it’s vital to leverage modernized processes on all stages of the industry, from the production of agricultural machinery to new planning and forecasting methods.

As an overachiever in its field, SAP can offer Russian agricultural industry innovative and trusted technologies and solutions that will lead the country to an ultimate success. In 2012, the company invested 25 million Euros to localize its solution to suit the market due to the country’s focus on local consumers. With the upcoming opening of the first data center in Russia (approximately in November 2014), SAP has gained trust not only among local businesses, but also got a support from the government.

Aiming to implement something more global than just the improvement of the agro-industrial complex, SAP targets innovation oriented to the future. Integration and usage of IT solutions in agriculture have quite a potential. The latest agricultural tendencies like hardening of the requirement on product safety, quality control, and tracking leveraging technologies along the chain make both local farms and national distributers actively use such innovations as precise farming that includes sensor technologies, GIS GPS control, controlled GPS data right from the fields and farms. All these tendencies involve dealing with big data in real time.

In fact, Russia is full of big data:

The ability to manage mountains of big data can not only help farmers to make more precise   decisions and optimize resources, but also save expenses and predict the future. SAP’s partnership with Rostselmash is a living proof to this. Rostselmash, one of the world’s leaders in agriculture, includes 13 branches in Canada, Russia, the US, the Ukraine and Kazakhstan, and exports its products to 26 countries in the world. Over the last 10 years, the business has used SAP CRM and SAP ERP technologies to fully control finance, logistics and integration processes of the company. Now, Rostselmash’s managers with the help of SAP mobile solutions have the opportunity to serve more clients using SAP CRM web interface and going to more locations. 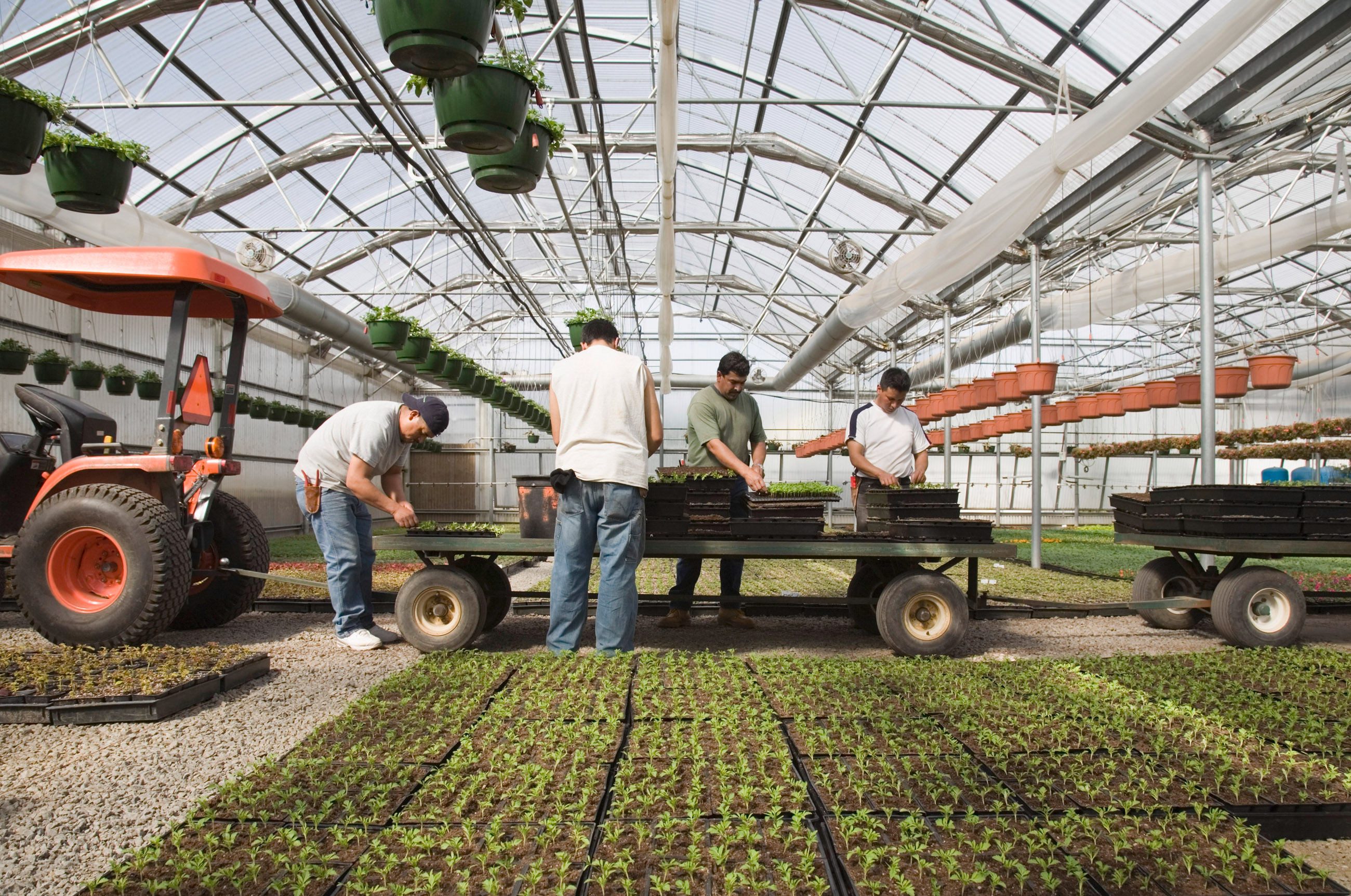 Analyzing big data becomes vital in the agricultural industry. However, not only bid data needs to be analyzed in the agro sector in Russia.  The weather is one of the most important factors that determines the harvest and can’t be controlled by the mankind. However, it’s in the power of people to figure out its consistent patterns thanks to historic retrospection and long-term forecast. Analytical solutions provided by SAP HANA platform can not only momentarily analyze years of meteorological data, but also minimize negative influence of weather conditions, both currently and in the long run.

Such analytical solutions as SAP Business One, SAP my Agri, and SAP ERP are the leaders in IT integration in Russian marketplace. For instance, SAP’s partnership with Rusagro is one of the most promising projects. Since 2013, one of the biggest farming and produce company in Russia, Rusagro has successfully integrated SAP ERP solution in running the business from targeting marketing to data analytics, and finance. As a result, the KPI is improving and the client data base is growing.

The President of Russia Vladimir Putin is confident that the agro sector in the country has a high potential. “The industry shows good dynamics. As a result, we’ve managed to provide ourselves with local produce thanks to farmers’ hard work.”

No doubt, the agro-cultural industry is one of SAP’s main interests in Russia. With introduction of the world’s best practices, the company is able to assist the country’s agro-cultural complex and make it more self-sufficient and competitive.