What If Fantasy Football Didn’t Exist?

The first ever Fantasy Football draft kicked off over 50 years ago in Oakland, CA with George Blanda selected as the first pick. But the craze didn’t take effect until the Internet started connecting the country back in the 90’s. As a 14 year old, my first draft took place at a local baseball card shop in 1994, and a quick stroll down memory lane reminds me that the 49ers won the title after manhandling the Chargers, 49-26. Steve Young was the MVP and SAP Ambassador, Marshall Faulk was the AP Offensive Rookie of the Year. 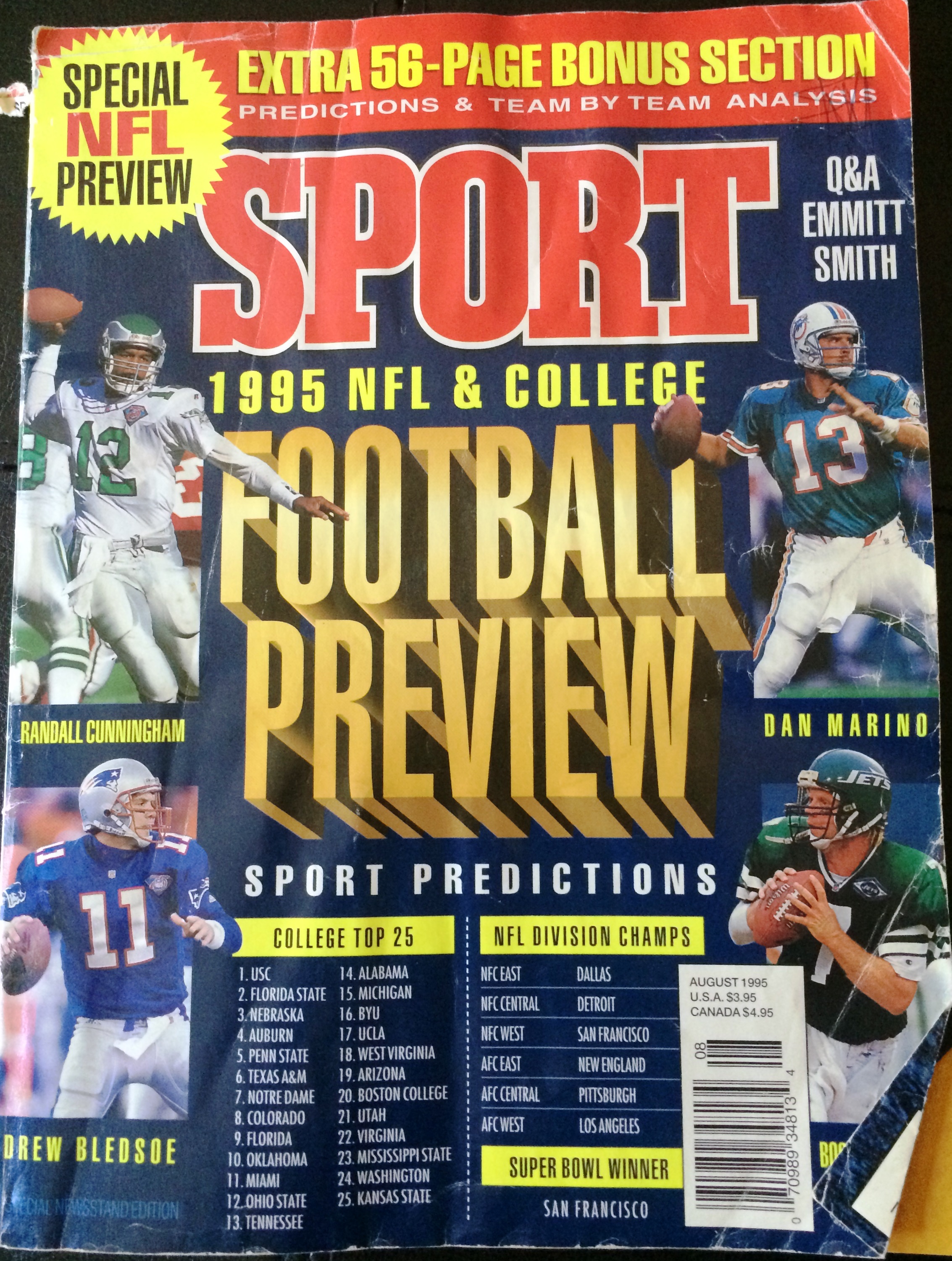 Compiling Fantasy Football stats back then required a good ol’ fashioned newspaper and lots of patience because the box scores for the Monday night game were never posted until Wednesday’s newspaper. Watching the games, I still remember how “bright-eyed” I would get every time the jingle came on, signaling that a breaking news highlight was coming up. This was the only way to gather semi-real-time insight on non-televised games… archaic right? Fast-forward a few decades and the cult is continuing to grow:

But what if this fad never existed? How would that change the dynamic of the season? Has it become larger than the sport itself?

Fans like scoring – Fantasy Football fans love it. Sure, player safety is important, but so is racking up massive yardage and points. Is it safe to assume recent rule changes (favoring the offense) were at least partially created to appease the growing Fantasy fan base?

Would we se a diminished fan base in states that don’t have a “home team” like North Dakota and Delaware (the two most intense Fantasy Football states)? Perhaps more people would go to the stadium as the need to monitor other games diminishes. But today, every single game is important because of the Fantasy Football implications. Would TV ratings drop once a fan’s favorite team is eliminated from contention?

The Seahawks/Packers season opener beat last year’s ratings by 4%, proving that the NFL brand is stronger than ever. And Marshawn Lynch’s Fantasy owners rejoiced as they watched their bruiser rack up 25 Fantasy points to start the season. The Monday night game also provided relief for Calvin Johnson (aka Megatron) owners as he torched the Giants defense for 164 yards and two touchdowns, probably allowing many to come from behind in their fantasy games. But, while the hunger to win the Fantasy Football championship is immense, a recent poll I conducted in the office (purely work related, of course) showed roughly 80% of Fantasy players preferring to see their favorite actual team win the title, instead of their fantasy team. How would you vote? Comment below on how eliminating Fantasy Football might change the game, for better or for worse.

Since Fantasy Football clearly isn’t going away any time soon, check out the Player Comparison Tool on NFL.com to make those difficult lineup decisions for you. Just think, it’ll do all of the research, so you can focus on increasing your productivity at work. And while you’re at it, follow me on Twitter @airsomers.

I'd have to agree with the 80%, as a long suffering Eagles fan, I would give up all FF bragging rights if my squad won the Super Bowl.

Let's say the Eagles won the Super Bowl last year. Would you still prefer a repeat, or would that end the long suffering and you'd prefer the FF bragging rights at that point?

Fantasy Football is a great way to make even inconsequential or out of market games interesting-but there'd be nothing like the euphoria of the E A G L E S winning the Super Bowl!

I cannot believe 20% of this world are women! That is awesome!

As a Packer fan, I understand the suffering Eagles fans. Your time will come. Perhaps your key players do not injure their thumbs, as we do?

That's right Julie, according to Jimmy Kimmel's "mean tweets", Clay Matthews needs to chop that thumb off and get back in there!

It's interesting to me how passionate people are about their fantasy football YET virtually everyone would still prefer their actual team to win the Super Bowl over a Fantasy Championship.... it just goes to show how powerful the NFL actually is!

If Fantasy Football did not exist, I would be just fine, thanks. As a longtime fan of the Pittsburgh Steelers, I have seen ups and downs over the decades, but they have achieved enough success to keep me engaged in following the real life competition. However, I can understand how fans of perenially disappointing franchises, especially those fans in the nine US cities that have waited in vain over 40 years for a championship, might resort to a fantasy world where they have a better chance of a good outcome. Good idea to stick with FF, Eagles fans.

Did you know that during WWII - since the Eagles and Steelers lost so many players to go fight in the war, they joined forces and were called the Steagles! If only we could've shared some of those Super Bowl victories as well. But, I like where my Eagles are headed.

So your allegiance can be bought! Most hardcore fantasy football players really strive for the pride and satisfaction of beating their friends (and the money is an added bonus). Would you still prefer to win your league and prove to your competition that you're a force to be reckoned with... over an Eagles Super Bowl? Or is it in fact, all about the money?

Also, have you tested out the Player Comparison Tool? It provides a strong advantage over the competition, almost like an Ace up your sleeve.

I hate to admit it, but it's all about the money.  I don't care about bragging rights.  I want a new pair of boots for winter.   If my fantasy league had no pay out, I would totally go for Eagles in the Superbowl.

And of course I used the Player Comparison Tool! I wrote a blog on it!