Hello everybody. I am writing this blog as a part of the Data Geek Challenge III under the category Sword of Titans pertaining to Sports and Entertainment.

Here is some of the interesting statistics and Win/Loss analysis of Head-to-Head record of Indian National Cricket team against various opponents in different formats during the span of 1975 – 2014.

Lets have a look at some of the Visualizations created in SAP Lumira and can be saved locally or on Cloud.

a.) 3-D Chart to analyse the Overall Head-to-Head Record

Here you can see the 3D bars indicating the Won/Loss/Tied levels across different formats like ODI, Tests, T20. 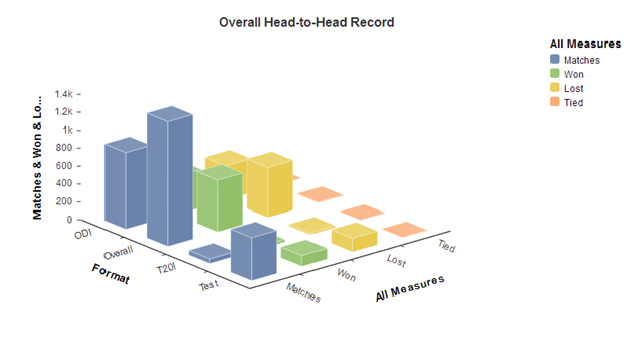 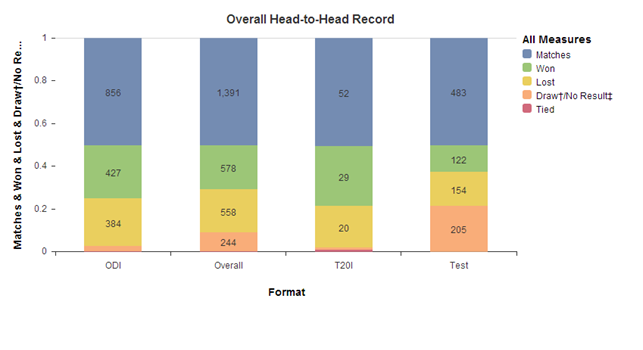 It gives a clear visulization regarding the number of matches Played/Won/Loss/Draw against various opponents in different formats.

The order set here is Team India’s best ranked performance against these opponents. 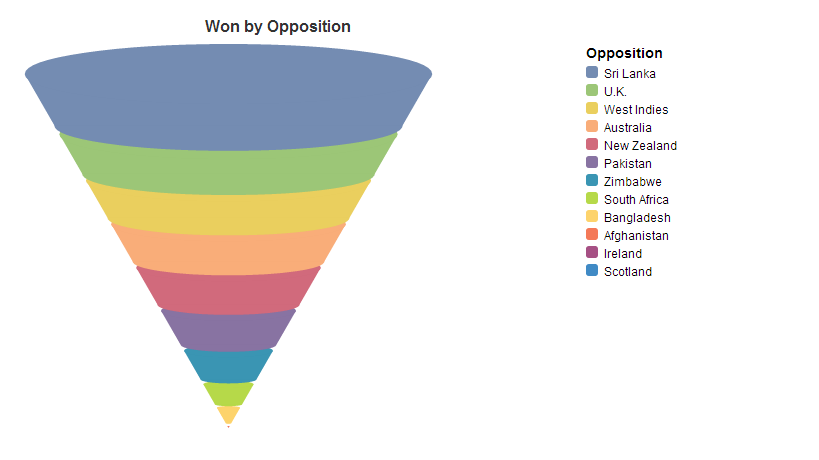 The color coding and word length here is according to the Win % of Team India.

You can create tree diagrams to see in which format and against which country Team India has played a game as of Date. 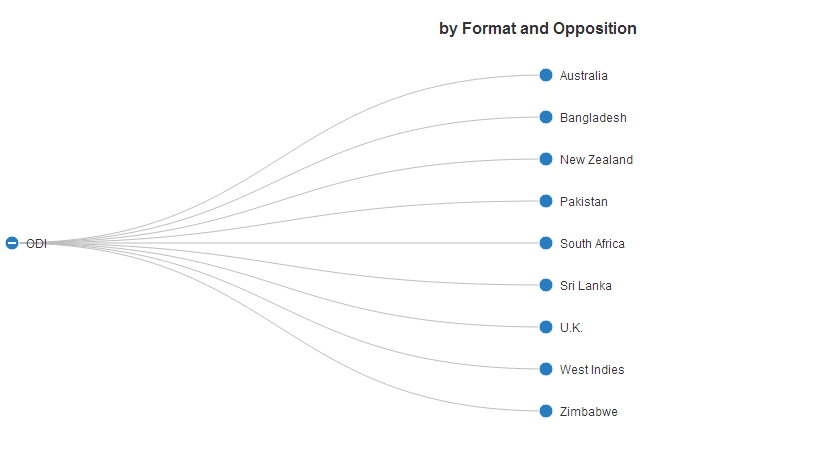 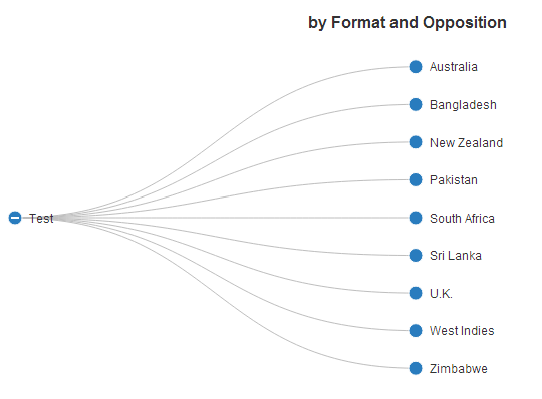 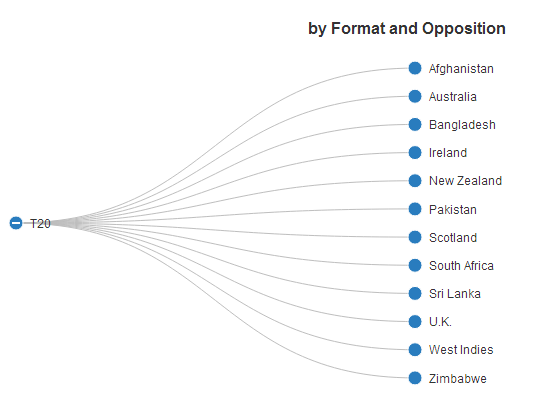 h.) Rank in the dataset and show it Geographically.

You can the rank the Attributes according to the conditions/orders and use it in Visualizations. Here I had ranked Top 10 Partnerships against various opponents and shown it in Geo Bubble Chart.

Apart from all the above visualization styles, there are more you can explore, visualize, create stories/boards and save it locally or on Lumira cloud.

Thanks a lot for going through the blog !

All the best for the DATA GEEK CHALLENGE !

Nice overview of SAP Lumira 🙂 Thanks for sharing!!

nice information and thanks.