With the Nominations for the 2014 Ada Digital Girls Award open until 16 September, we take a look back at the 2013 Finalists. The Digital Girl Award is one of three European “Ada Awards,” named after Ada Lovelace who wrote the first computer program in 1843, which promote outstanding girls and women in digital studies and careers across Europe, and the organizations who support them. SAP, as one of the official partners of the award, gave each of the three digital girl award finalists the opportunity to spend a day with developers and female engineers at one of the SAP locations.

On 7 November 2013 the winners of Europe’s first-ever Digital Girl of the Year Awards were announced at the ICT 2013 event in Vilnius, Lithuania by Neelie Kroes, the European Commissioner for Digital Agenda. So, who are the 2013 girl finalists?

Manchester Girl Geek, Amy Mather is a 15 year old Raspberry Pi programmer who loves spreading the joys of coding, by talking about the opportunities coding can offer and running workshops. 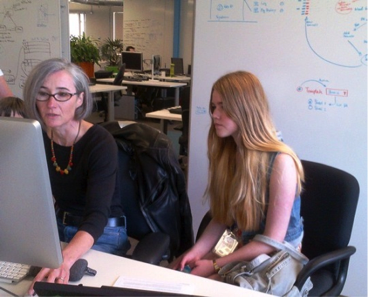 13 year old Olina Helga Sverrisdottir is assistant instructor and developer at reKode who teaches coding to kids from the age of six as well as training teachers to teach coding.

Lune van Ewijk, 10 years old from Belgium has already developed her own games and designs robots.

Olina Helga, her brother Daniel and mother Rakel visited the SAP Palo Alto office on 21 July. Their first stop was at Cora Zimmermann’s office. Cora explained what an SAP engineer does and let Olina do some actual coding for one of her projects. Next stop was the d-shop, which Marek Kowalkiewicz calls a developers paradise, because of the chance to work on 3D printers and try out Google Glass. Marek was very impressed by Olina’s curiosity and perseverance. As Marek told us “She recently learned to write software (games) in the Unity gaming engine, which many developers consider a hard-to-learn engine. Olina found that it all started to make sense after a few days. It is always fantastic to meet young people like Olina who do not give up until they reach their goals.”

After a quick stop at the building 8 café she learned all about Smart Vending powered by SAP HANA and a new product that EBay and SAP are co-innovating called SpotBuy.

On 11 August Amy Mather together with her brother Dan, Lune van Ewijk and their mums came to the SAP office in Clockhouse Place, London. They were met by UK CFO Elena Shishkina, Tehreem Atif the Early Talent Program Manager in UK and Maarten de Vries, SAP Strategy Ambassador. 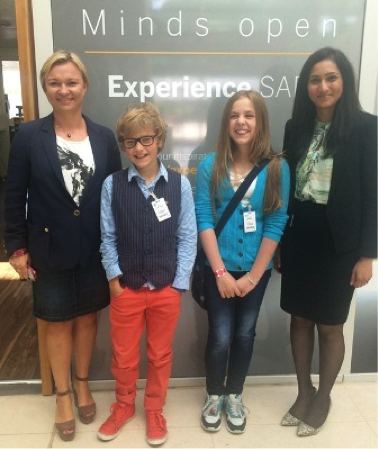 Maarten started the day by explaining exactly what SAP does. He was blown away by his first real-life encounter with such tech-savvy girls. He told me “These girls have already built apps to help you get  your pizza delivered on time and to organize your neighborhood watch so who knows what great things they will do in years to come! Let’s hope that, whatever they do, they do it with SAP”. 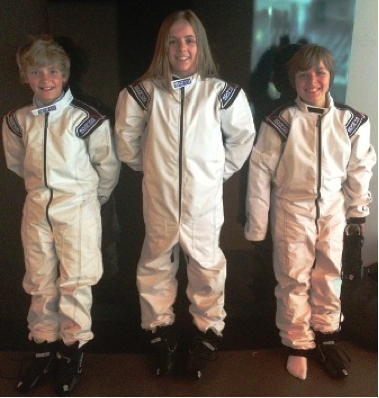 Catherine Reed had the pleasure to take them on a tour of our new customer Experience SAP center. The Formula 1 Experience, a simulator of the McLaren Mercedes Formula One car on the Abu Dhabi track brings to life what SAP Big Data Analytics means for Sport.

In the virtual reality crime room they also saw how the police can use SAP technology to solve an art heist.

Catherine was impressed with the questions that Amy and Lune had, “their grasp on the understanding of databases and what HANA does was incredible.” They were then given a taste of Design Thinking using a Lego challenge to improve schools.

The girls had a real blast at SAP and told me that SAP looks like an enjoyable, innovative and interesting place to work. 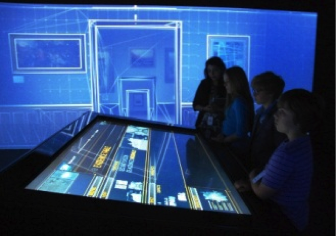 Olina found her experience at SAP amazing, “especially the D-Shop where I got to work with 3D printers, try on Google Glass and other cool stuff. Thank you SAP for giving me the opportunity to visit your fun and creative workplace.”

Amy also had a great day in the CHP office, “I loved learning about HANA and all the amazing things she is capable off, and the design thinking workshop. It seems like SAP doesn’t just care about profit but cares about improving people’s lives too.” 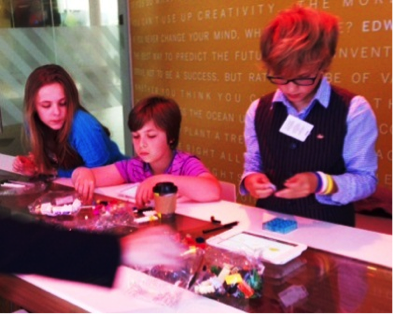 The girls haven’t quite decided what they want to be when they are older. As Lune put it “I’m still a kid and it’s too early to decide about what to do for the rest of my life. At the moment, I enjoy designing robots, skating and hanging out with my dog and friends.” Olina knows how important technology is even for a doctor, designer or a lawyer. She told me, “I’ve just started my own blog to encourage girls to get more involved with technology and showing them the diversity technology has to offer.” Amy hopes to use design, technology and computer science to help improve the world, but most importantly “have fun whilst I’m doing it.” 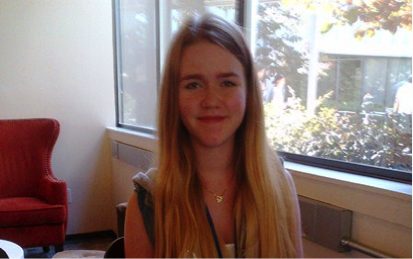 It was a great pleasure for us at SAP to host these very talented girls and I am sure that we will hear a lot more about them in the future.

Nominations for the 2014 Ada Digital Girls Award are open until 16 September. At SAP we are great supporters of this initiative, as we see room for improvement in digital training programs and initiatives targeting girls and women in Europe which will help them to secure high-value and high income jobs in the future. Laure le Bars, Research Director at SAP who met the girls in London is on the jury for this year’s Ada award. So spread the word amongst all amazing and inspiring tech-savvy girls you know. Winners will be announced on 30 October 2014 in Rome as part of the high level closing event for the 2014 European eSkills for Jobs campaign organized by the European Commission. 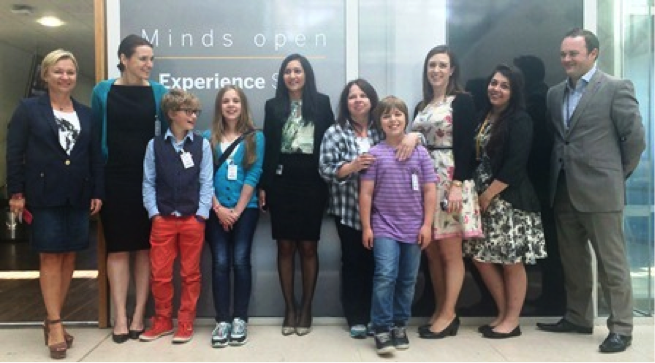